One of the Eastern Bloc's hardest-line regimes was brought down by a slip of paper. No one expected it, no one ordered it, and no one was to blame for it - but one way or another, everyone had a hand in it. 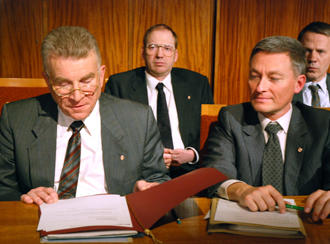 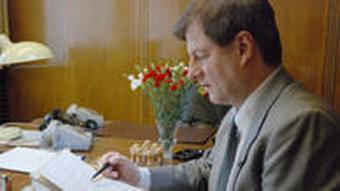 On the morning of November 9th, a young functionary in East Germany's interior ministry, Gerhard Lauter, and three co-workers drafted new travel regulations in a last-ditch effort to save the socialist republic. On his own initiative and against the instructions of the Socialist Party politburo, Lauter added freedom of travel - for everyone, even if only by way of a bureaucratic application process. That same afternoon, the draft found its way into the hands of politburo member and press spokesman Günter Schabowski, who that evening read it aloud, as an afterthought and without comprehending its import, at a televised press conference. "Schabowski's note" then released its full explosive force. East Berliners streamed en masse to the checkpoints along the Wall. The sheer size of the crowds forced Harald Jäger, in charge of passport inspection at Bornholmer Strasse, to make a fateful choice: open the gates or start shooting. He opened the gates. The secret service would not give up so easily and ordered the passports of East Germans stamped as they poured into the West. Upon their return, they were not to be allowed back in. The Stasi was hoping to be rid of the loudest trouble-makers this way and relieve some of the pressure on the border. The plan was soon abandoned. 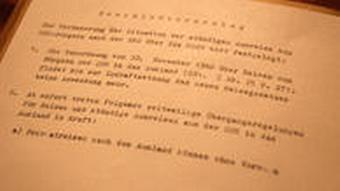 The slip of paper bearing the proposal for new travel regulations

That night brought one of those rarest of moments in human history: for a few hours, rule of law in the totalitarian dystopian state succumbed to the passion of the moment. Spontaneity and improvisation took over from order and obedience. What politicians East or West were incapable of imagining, the people of Berlin made a reality. On Invalidenstrasse, a group of West Berliners led by a student named Benedikt Sedlmaier crossed into East Berlin and scaled the Brandenburg Gate. The revolution came from below and both sides. 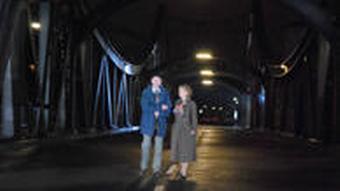 The events leading to the Fall of the Berlin Wall took on a life of their own oblivious to the intentions and beyond the control of the state and its policy-makers. The simultaneity of the events that historic night of November 9th, 1989, has never yet been convincingly reproduced on television. "Schabowski's note" does just that. This threepart documentary series retraces the steps of several key figures through 24 hours that crucial day, using an innovative cinematic approach and archive footage never broadcast before. The red thread tying them all together is Schabowski's Note announcing that travel restrictions for East Germans were to be lifted.