Greek lawmakers have voted to overhaul the country's tax and pension systems. The reforms are deeply unpopular, as Athens will be reaching deeper into the pockets of ordinary Greeks. Here's a look at what got passed. 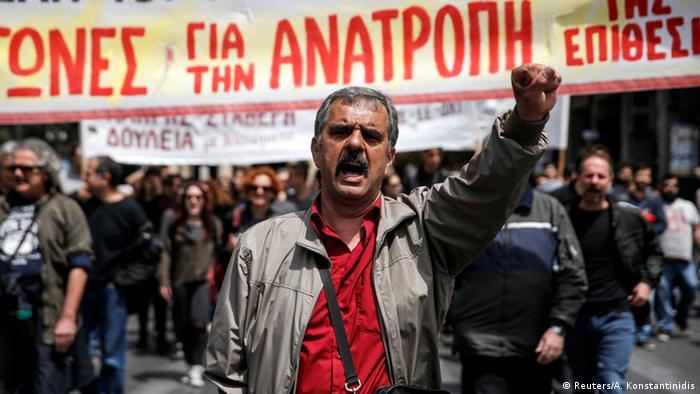 It was a tight vote on Sunday, but a majority of Greek parliamentarians gave the green light to collect more taxes and spend less on retirees. They also affect social security payments.

Here are the key points of the reforms, which were necessary to unlock further bailout money under a deal Athens hashed out with its international creditors last year.

· Cut supplementary pensions, which are paid out on top of statutory state pensions.

· Gradually phase out stipends for low-income pensioners who struggle to make ends meet.

· Tighten rules for legacy pensions, or money that is paid out to a deceased person's surviving dependants.

· Set social security contributions at 20 percent of an employee's net income, although the burden is shared between employers, who will pay 13.3 percent, and employees, who will pay 6.7 percent.

· Freelancers will also be forced to divert 20 percent of their income to social security - a departure from a fixed monthly amount they currently pay.

· Reserve the highest income tax bracket for people whose gross incomes exceed 40,000 euros a year and make them pay 45 percent. That compares to the 42 percent on income above 42,000 that previously existed.

Demonstrations in Athens have highlighted the opposition to the Greek government's controversial austerity bill. One peaceful rally continued as two groups of anarchists clashed with police. (08.05.2016)

Greek labor unions have begun two-day strikes to protest a new raft of austerity measures that parliament will debate this weekend. Athens must impose more belt-tightening if it wants to unlock further bailout money. (06.05.2016)

Most of Greek bailout money went to banks: study

Only 5 percent of international bailout money for Greece was used to kickstart the country's languid economy, a new study has found. The rest was used to pay back private creditors, many of which were banks. (04.05.2016)