The Nürburgring - from prestige project to catastrophe

Germany's most famous race track became known as the "Green Hell," and the Nürburgring was meant to enjoy a blooming future as a leisure and business center. But the mega-project now faces closure. 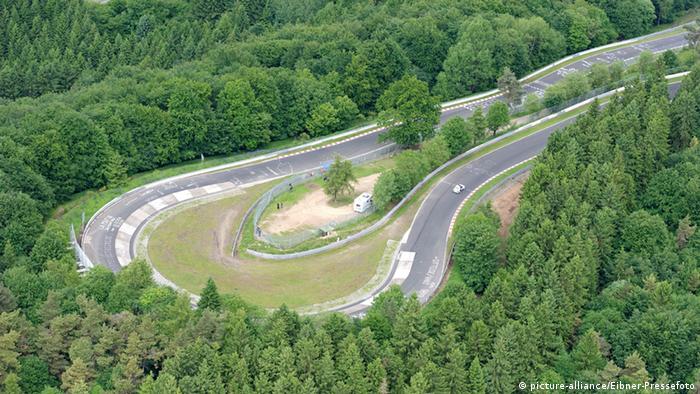 Plenty of VIPs from the worlds of politics, business, and motor sport were on hand on July 9th, 2009, as the shiny new pleasure park at the Nurbürgring in the Eifel region was opened to plenty of fanfare. In only two years, this imposing complex was raised from the ground in this remote part of the German state of Rhineland-Palatinate.

Apart from a new grandstand, the center boasted a promenade, two hotels, a holiday home complex, and sundry restaurants. There was also a large disco, a casino, and large concert venue.

The former Formula 1 driver Hans-Joachim Stuck was impressed, for one. "I think it's great," he told Deutsche Welle at the time. "The Eifel region, whose infrastructure is not as well developed, will definitely profit from it. It's a courageous decision, and we all hope that it'll pay off." 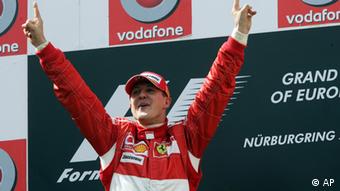 More than a motor sport Mecca

Races have been held at the Nürburgring, 60 kilometers outside Bonn, since 1927. Scottish Formula 1 legend Jackie Stewart gave the winding, hilly circuit is epithet the "Green Hell." It became the venue for hundreds of close, exciting races. There were also a few tragic accidents, and there were major consequences after Niki Lauda's near fatal crash on the "Northern Loop" at the 1976 Grand Prix, which he only escaped with severe burns. The 21-kilometer course was no longer deemed safe enough for motor sport's flagship race. A five-kilometer Grand Prix circuit was built and went into operation in 1984.

German motor sport experienced a renaissance in the mid-1990s, partly because of the hype surrounding Michael Schumacher. A variety of modifications to the Nürburgring track turned it into one of the most modern racing circuits in Europe.

But even before then, it was recognized that motor sport was not everything. The complex has been a Mecca for music fans since 1985, and tens of thousands still travel to the "Rock am Ring" festival every summer. This and other successful events encouraged the management to forge new plans, which in 2004 became known as the "Nürburgring 2009" project. 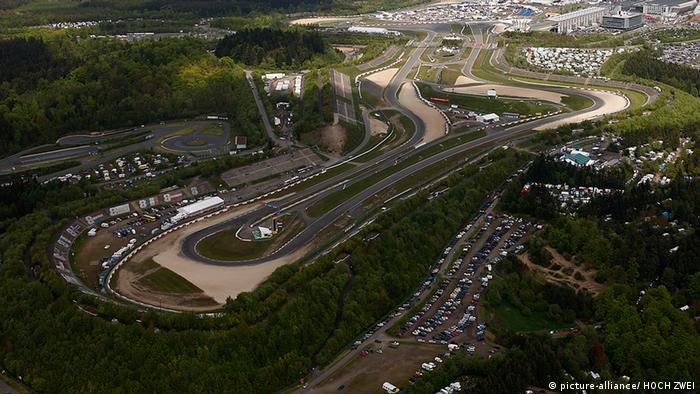 Niki Lauda had his near-fatal crash at the Northern Loop

"What we're calling Nürburgring 2009 is the logical development of our growth strategy," said Walter Kafitz, then-CEO of the Nürburgring company, in a DW interview four years ago. By that time, the area was already a giant construction site, with an estimated investment of 215 million euros ($264 million). Private investors were to contribute 80 million euros. But costs exploded and no big private investor appeared. The state of Rhineland-Palatinate, the major stakeholder with 90 percent, was forced to inject more and more money to secure the project.

The regional government was able to find a private operator to take over the running of the Nürburgring. It was meant to bind together the various attractions of the leisure complex and run them more efficiently. But the visitors stayed away. As a consequence, workers were made redundant and the park was closed in the winter months. The leaseholders were no longer able to pay the rent. The contract with the operators of the crisis-ridden ring was finally cancelled in February 2012.

Now, on July 18, 2012, the final act of the Nürburgring drama seems to have begun. The European Commission in Brussels refused to grant the state of Rhineland-Palatinate the right to throw another 13 million euros into the project. The Nürburgring needed the money to survive six more months. Since the circuit now faces being unable to pay its bills at the end of the month, State Premier Kurt Beck has pulled the emergency brake and declared insolvency. 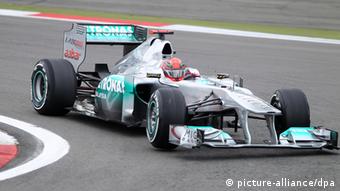 It was a political fiasco for Beck. The ambitious project was meant to be a flagship for the Social Democratic Party state leader. He regularly promised that it would not cost the taxpayer a cent - a promise as broken as the one that assured economic recovery in the region. The Nürburgring was meant to create some 3,000 new jobs, 500 of them on site.

For those living around the circuit - long used to bad news - the bankruptcy has come as a shock. "The whole of Nürburg lives off the ring. Now the region itself might go down the drain," said Mayor Reinhold Schüssler in a statement in the local Trierischer Volksfreund newspaper.

Fear has been spreading. "I depend on the ring 100 percent," said the owner of a local hotel. "We've only ever had spectators from the racing track as guests. I can't turn it into a spa hotel at my age." One local gas station owner added, "If some rich Russian comes along and rents it as his hobby track, I'll be gone in three months." 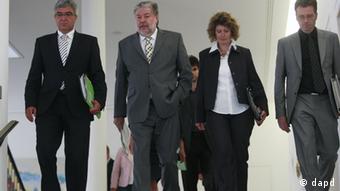 The insolvency was a political fiasco for Kurt Beck

Manfred Sattler, head of the Koblenz Chamber of Trade and Industry and amateur racing driver, still has some hope. "After all the years with the current operators, the Nürburgring deserves to be used by professionals again and motor sport needs to be put at center stage."

A return to motor sport is also the aim of "Save the Ring," a lobby group made up of racing teams, tourist drivers, clubs and companies that had vehemently opposed it being built up into the so-called "Nürodisney." But despite the apparent devastation of the 2009 project, it does look as if the cars will once again be whizzing around the Nürburgring soon. Formula 1 boss Bernie Ecclestone has already signalled his intention of staging the German Grand Prix here again in 2013. The "Rock am Ring" organizer wants to continue too. He is expecting the future owners of the circuit to see it the same way. Hope, as always, dies last.

Germany's Nürburgring racetrack is facing an uncertain future as its owner is set to file for insolvency, the state premier of Rhineland-Palatinate, where the track is located, has announced. (19.07.2012)

'Full throttle all the time' - Vettel's career is like his driving

Sebastian Vettel has been in a league of his own in Formula One this year. At the Japanese Grand Prix in Suzuka he became the youngest-ever double world champion - winning with a jaw-dropping four races to spare. (09.10.2011)

Formula One dealmaker jailed for eight and a half years

A regional court in Munich has sent a former banker to prison for his role in brokering the sale of F1's commercial rights. Gerhard Gribkowsky admitted to taking a $44-million bribe and not paying tax on it. (27.06.2012)