The morning-after pill: an ethical issue?

This week, a medical advisory board recommended that emergency contraception should be available without a prescription in Germany, as it is in other countries. But there are ethical concerns. 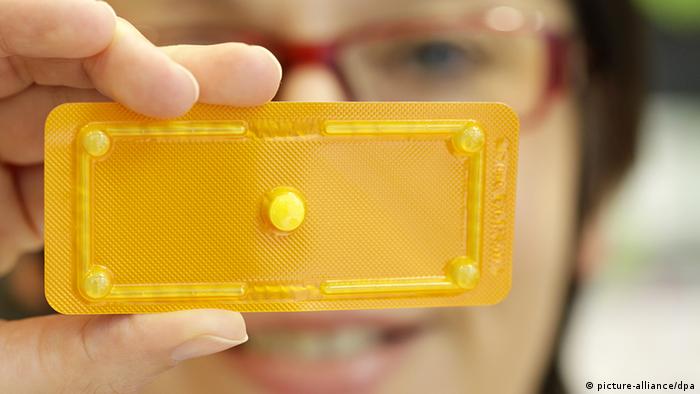 Did the condom rip? Were the birth control pills left unswallowed? Or did the pregnancy result from a rape? Women turn to the morning-after contraceptive pill in many situations. In Germany, the pill is prescribed 400,000 times a year and every third woman who gets it is under the age of twenty.

One case of a woman who had been raped caused particular media outrage last year: she was refused the prescription for the morning-after pill by a catholic hospital in Cologne. The doctors there were afraid to be going against church norms, since the Catholic Church recommends a zero tolerance policy for terminating pregnancies. 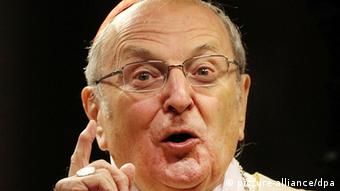 The media debate that followed poured scorn on the Archbishop of Cologne Cardinal Meisner, who soon buckled under media pressure, admitted he was wrong and then changed course.

Last spring, the catholic bishops' conference officially concluded that in acute emergency situations, catholic clinics should be allowed to prescribe the morning-after pill – but only when the medication has a "contraceptive and not an abortive effect."

Despite the advisory board's recommendations, a spokeswoman of the bishops' conference now told DW, that there was "nothing to add" to the position.

When does a human life begin?

When it comes to contraception, the protestant point of view is that "prevention is better than after-care." But as Peter Dabrock, a theology professor at the University of Erlangen, explains, there are situations in which you "can seriously consider using this further means of contraception"- for example in the case of violence or if you have no desire to have children.

But for him, the core question is: When does a human life begin? When should we begin protecting a human life? "It's not the case that it's all an automatic process after the initial fusion of the ovum and the sperm," he says. The biological and social environment is also key. "The process is only consolidated – really stabilized – when the egg implants in the uterus," argues Dabrock.

Over the counter pregnancy termination? 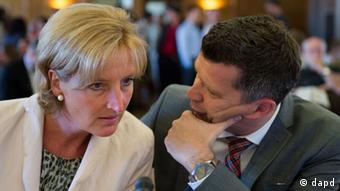 Lost in conversation: Christiane Woopen, Head of the German Ethics Council, and her deputy Peter Dabrock

"President of the German Medical Association Frank Ulrich Montgomery warns of making the morning-after pill available over the counter. In a newspaper interview he argues the importance of only prescribing the pill after a doctor's consultation. He also thinks it's "imperative" for the pills to only be available at pharmacies, adding: "The morning-after pill remains emergency medication with side effects." 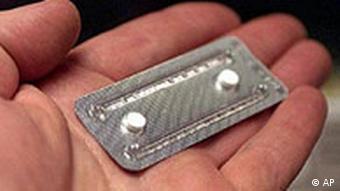 Not all emergency contraception is the same. There are different methods. Along with the morning-after pills allowed in Germany, there is also a pill which causes a medical abortion: Mifegyne (RU-486). Even weeks after fertilization, this pill can still terminate a pregnancy. The active ingredient mifepriston prevents the embryo from nesting in the lining of the uterus. Patients who take this pill often have to suffer some painful side effects.

An "intrauterine device" (IUD) can also be inserted to abort an unwanted pregnancy. Copper sheathing on the device guarantees that the pregnancy is terminated up to five days after the unprotected sex occurred. IUDs also prevent embryos from implanting in the uterus.

In the catholic view, these methods of contraception can also not be permitted, since the Catholic Church posits that human life begins immediately after the fusion of the sperm with the ovum and must be protected from that moment onwards.

But what about the morning-after pill? There are two types of morning-after pill on the market in Germany, one which relies on the progestagen levonorgestrel and a newer one based on the agent ulipristal acetate. The third solution – taking a large amount of normal daily birth control pills in order to prevent ovulation and a potential fertilization by means of a hormone shock – is no longer officially recommended.

In 2003, an expert advisory board reviewed levonorgestrel. At the time, it came to the same conclusion as the new advisory board: prescriptions should no longer be mandatory. But Social Democrat Ulla Schmidt, who was health minister at the time, didn't agree with the recommendations and didn't change the prescription policy.

Just as it was then, the ball is now in the government's court.

Two Catholic hospitals in Cologne declined to give emergency contraceptives to a rape victim. The archbishopric in Cologne has now changed its mind - and has also shown an impressive capacity for contraceptive nuance. (02.02.2013)