The math behind Panini′s football stickers | Business| Economy and finance news from a German perspective | DW | 11.05.2016

The math behind Panini's football stickers

With Euro 2016 just days away, soccer fans of all ages are scrambling to fill their Panini sticker albums. Collector's items are a lucrative business - and an exercise in probability theory. 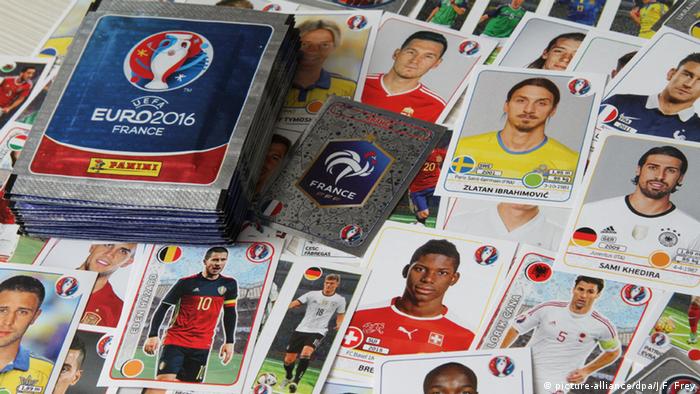 Whenever an important global soccer tournament rolls around, the machines at Panini's production headquarters in northern Italy hardly take a break from churning out small, adhesive photos.

For 21 hours a day, six days a week, contraptions known as "Fifimatics" shuffle and package up to 8 million stickers bearing the portraits of hundreds of soccer players. The devices are crucial to a game that Panini, an Italian manufacturer of collectors' items, has been playing for decades with millions of soccer fans around the world.

This year's album for the 2016 UEFA European Championships in France has 680 empty slots to fill. That's 680 unique images of the players from each national team plus special stickers including pictures of stadiums, the tournament's logo, the trophy and the match ball.

There are ways of maximizing one's chances of successfully filling an entire album - and doing so at a reasonable price. 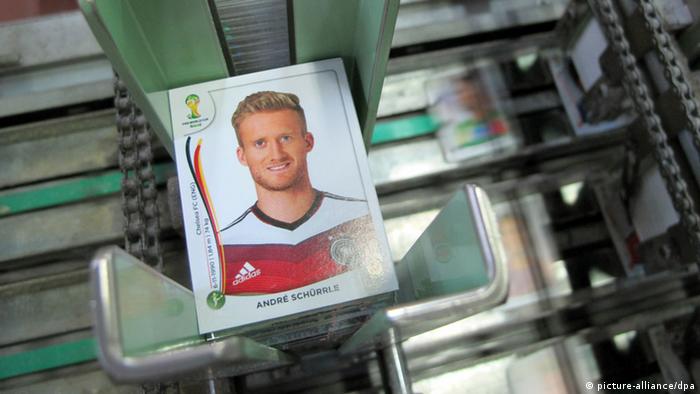 Panini sells its stickers in packets of five and swears that its "Fifimatics" ensure no packet contains two of the same sticker. That's an important variable when calculating how many packets of stickers are required to complete an album.

Managing to get one's hands on each individual sticker is an uphill battle against probability, according to three mathematicians who spoke to DW. The more stickers one procures, the harder it becomes to complete the rest of the album - assuming Panini is telling the truth about printing each sticker the same number of times and randomly distributing them.

Professor Ehrhard Behrends from Berlin's Free University estimated that collectors would have to buy an average of 961 sticker packets each to fill their albums, amounting to 4,805 stickers in all.

To substantiate his claim, Behrends used a computer to simulate 1 million attempts to completely fill an album. At 70 cents per packet, a collector would have to shell out 672.70 euros ($769.90) - a lot of money if you consider that many of Panini's customers are paying for their stickers with allowance money.

Be a team player

The reason for the high sum has to do with probability theory. Take, for instance, the first sticker you buy. It's guaranteed to be one you need. The second sticker also has good chances of not being a duplicate. Mathematically speaking, there's only a 1-in-680 chance of it being the same sticker as the first one.

Trying to find that last, elusive sticker, however, is a much different story. According to probability theory, it would take an average of 680 attempts, meaning 679 stickers are - on average - not going to be the right one.

"With these kinds of problems, it's a killer to get those last few unique stickers to fill the book," said professor Paul Harper from Cardiff University's School of Mathematics in Great Britain.

The fact that Panini sells its stickers in packs of five also doesn't significantly improve one's chances of finding those last stickers, according to Harper. There's just not much of a difference in odds between 1-in-680 and 5-in-680.

Harper also crunched the numbers and his results nearly mirrored those of Behrends. He posited that collectors would have to buy 963 sticker packets to fill their books, but he noted that working with other collectors could greatly improve one's chances of success.

Partnering up with one other person and trading fairly reduces the amount of stickers needed by 30 percent, Harper said. Working with two other people lowers that number by 46 percent. A team of 10 people needs 68 percent fewer packets. 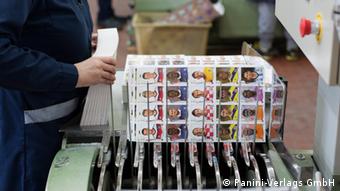 Panini is producing up to 8 million stickers for its EURO 2016 album.

In Germany, a student of mechanical engineering at the University of Braunschweig took his calculations one step further and devised a mathematical table to help collectors take advantage of Panini's offer to buy missing stickers directly from the factory.

The student, Malte Braband, 19, found that even individual collectors who don't pool their resources with others can fill their albums for between 233 and 278 euros. He also offered other tips, including tapping non-collectors to get around Panini's 50 sticker limit.

That's not to say Braband doesn't advocate working together. According to his model, if three people worked together, Braband said, and each of them got the help of one non-collector, they could reduce their individual costs to between 124 and 149 euros.