Jews lived in North Africa before the arrival of Christianity or Islam. On the eve of Tunisia's independence from France, there were more than 100,000 of them in the country. Half a century later, as few as 1,500 remain. 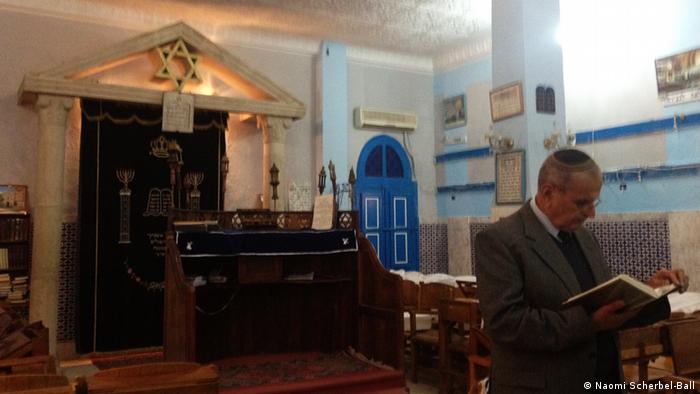 Two years ago, Tunisians took to the streets and overthrew President Ben Ali, triggering the protests across the Arab world that became known as the Arab Spring. The revolution promised freedom and democracy. That same freedom has also brought instability however, and Tunisia's minority Jewish population is vulnerable.

Jamel Bettaieb comes from Sidi Bouzid, the birthplace of the Tunisian revolution. The young language teacher and activist was at the heart of the protests that led to the downfall of the Tunisian president and triggered the Arab Spring. Bettaieb is now concerned that freedom of speech is providing a platform for extremists to voice hate campaigns against Tunisia's Jews.

"In the last few months an imam went on television and spent an hour speaking negatively about the Jews. Where was the reaction of the government? There was nothing. I criticize society. Civil society should say this is unacceptable. People should care," said Bettaieb.

Under President Ben Ali, Islamists were arrested and political parties banned. Now, however, the country is experiencing a religious revival. Tunisians chose the moderate Islamist party, Ennahda, to lead their first democratically elected government after the revolution.

Ennahda's leadership has promised to protect Tunisia's Jewish community but many grassroots supporters are hostile to the Jews. The country's growing ultra-conservative Salafist movement are thought to number 10,000. Eyewitnesses say the group has been chanting anti-Jewish slogans at protests in Tunis, the Tunisian capital. 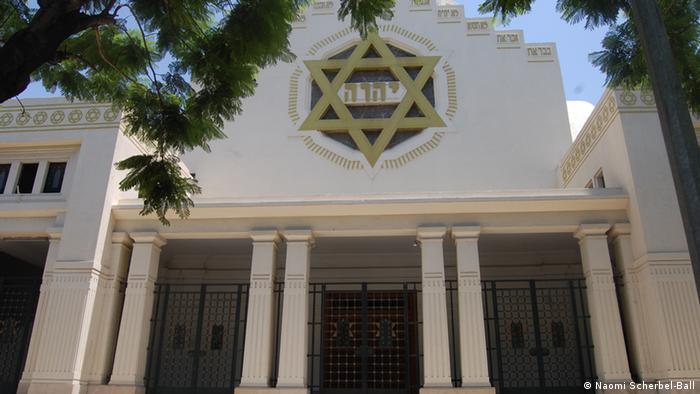 Salafists have a strict interpretation of the Koran and believe in creating an Islamic state governed by sharia law. Thousands of Salafists who had been imprisoned by Ben Ali were released after the revolution. Many in the Jewish community quietly admit that they felt safer under Ben Ali. "Now we live in fear of the Salafists," one woman told DW.

For the moment, much of the anti-Semitism has remained rhetoric. But the potential for violence remains very real. Tunis' central synagogue on Liberty Avenue is surrounded by barbed wire and protected by armed soldiers. Built in the 1930s, the synagogue stands as a symbol of the community's confidence. Today, only a shadow of that thriving community lives on.

In a hall backing onto the synagogue, a gathering of Jews celebrate a rare occasion: a bar mitzvah. The celebration marks the coming of age of a Jewish boy. Tunisian Jews have travelled from France and the Tunisian island of Djerba, home to the country's largest Jewish community, to take part in what has now become a rare celebration in the capital. There are only a small number of young Jews among the guests. Even their parents' generation is scarce. The Jewish community is ageing.

Roland Sa'adon is the cantor, or singer of prayers, at a synagogue in La Goulette, a seaside suburb of Tunis. He has spent all his life in Tunisia and wants to remain in the country of his birth. Like many Jews here, his children live abroad, and soon he will be forced to leave Tunisia to be with his family.

Since the revolution, Sa'adon has come to believe that the future of the Jewish community is at risk. "The Islamists have taken over the revolution, a revolution that was led by young people," he told DW. "If the Salafists win support then it will be difficult - not just for us, but for many Muslims as well. I don't think most Tunisians are extremists, but if they are and that's what they choose, then there will be no place for us in Tunisia." 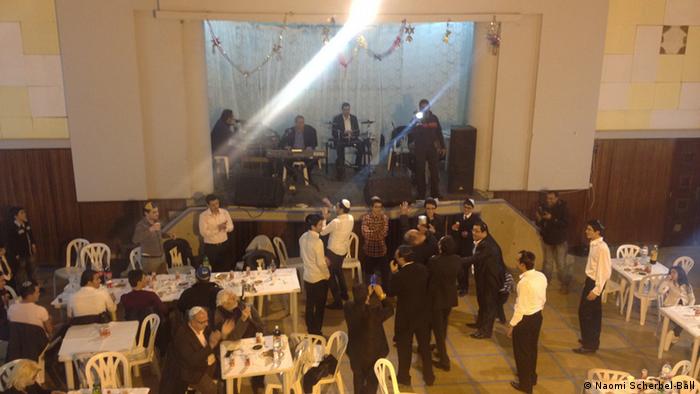 One of the few younger guests at the bar mitzvah, Isaac Hayoun, says that while he feels safe in Tunisia, he too will leave. “I am practically the only young practising Jewish teenager in the capital," he told DW. "After high school I will move to France."

He adds, that if he wants to marry a Jewish woman, he is very unlikely to find one in Tunisia. "It's a shame because it's a beautiful country, but ours is a community that lives in the past.”

Jews have been gradually leaving the country since its independence in 1956. Many moved to France and Israel. Some left for financial reasons; there were more opportunities abroad. Others left after the rise in anti-Semitism that followed Israel's conflicts with the Arab world.

Habib Kazdaghli is a professor of contemporary history at the University of Tunis who specializes in Jewish history. It is important that all Tunisians learn about the country's Jewish community, he says.

"Our country lost part of itself. We must now teach students about our past. I now have many students who are not Jews," he explains. "It is not a Jewish past, it is a Tunisian past."

Seeking to preserve that past, a new museum and website called Dar El Dhekra (meaning "House of Memory") has been founded. It's dedicated solely to Jewish history and culture in Tunisia. For the moment at least, this tiny community appears to be hanging on to see what post-revolution Tunisia has in store for them.

Join DW as we uncover traces of German-Jewish cultural heritage all around the world. DW’s reporters travel from Chicago to Shanghai to find German-Jewish immigrants and retell their stories. (03.12.2012)

The once-large Jewish communities in Tunisia and Egypt have almost disappeared. Those who remain are treated with mistrust and suspicion by society. The Arab Spring has made their situation even more difficult. (27.11.2012)