The last German firefighters before Antarctica

Pampa, penguins and the Perito-Moreno glacier - while Patagonia's landscape ranks among the most impressive in the world, its German fire department in Punta Arenas still tends to give visitors a surprise. 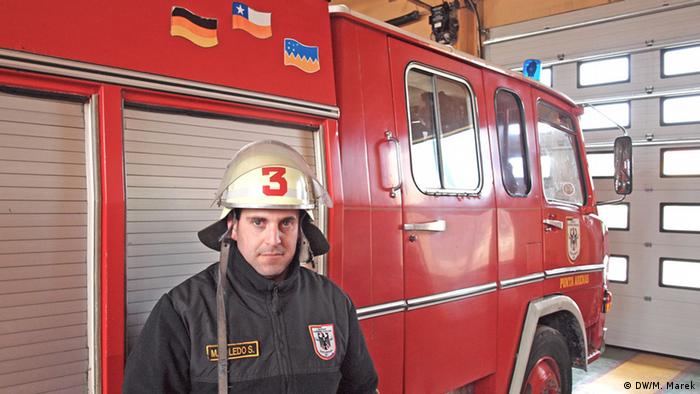 They say that Patagonia gets four seasons in one day. Chile's southernmost city, Punta Arenas, at 53 degrees latitude, sees it all, all the time. The biggest city in Southern Patagonia, home to 120,000 people, features gusty winds, ice storms, hail, followed by the sun, more rain, and blue skies again - all is possible, within the shortest amounts of time.

Mario Toledo stands in front of the garage that holds the engines of the Third Volunteer Fire Fighter Company of Punta Arenas. A Chilean with German ancestry, he has been wearing his blue uniform for almost a quarter of a century. On his chest: the German federal eagle, with a black-red-golden bordure; in his hands - the yellow protective helmet. 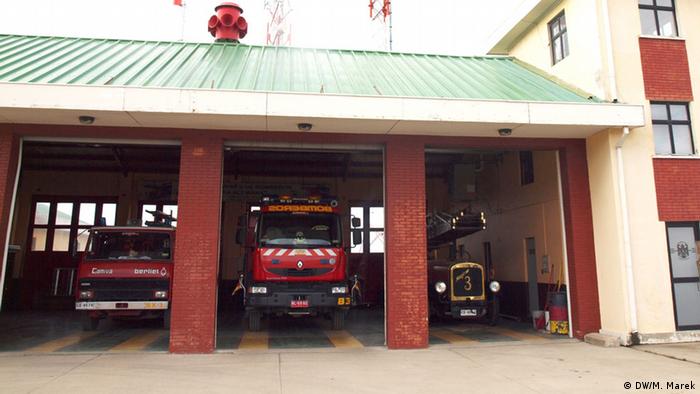 The German volunteer fire brigade was founded in 1901 - and kept one of the historic vehicles to this day.

The engines inside the garage also bear the German standards: two flags in front, two behind. The Chilean and the German coats of arms adorn the doors of both of the pump cars.

The German volunteer fire brigade is the focus of Mario Toledo's life.

"My link to the fire department has a long tradition," Toledo says.

"Many generations of my family have worked here already before me."

It feels good, he says, to help other people. The volunteer firefighters in Chile are held in high regard.

Fire brigade with a history

In Chile, the 19th century saw many immigrants create fire brigades. Structure and routine often resembled those of the fire brigades in their respective home countries. The German fire department in Punta Arenas, the "Bomba Alemana," was founded in 1901, Toledo says. 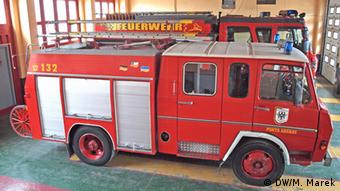 "Feuerwehr" and federal eagle on the Punta Arenas fire engine

"Back then, there was a big a fire at a hotel that was home to many Germans. The emigrants suddenly realised that there was not enough fire protection. That's how the German Volunteer Fire Fighter Company was created."

"Bomba Alemana" counts as one of the best fire departments, Toledo proudly says. Discipline, reliability and considerable personal commitment are said be among the reasons for that. At the same time, there are still jokes about German immigrants and their Prussian mentality. But that's something that Toledo and the other fire fighters can only smile about.

Volunteer help for the community

There are eight volunteer fire brigades in Punta Arenas - besides the German and Chilean brigades, there are also English, French, Italian and Croatian brigades. Funding for the brigades, including their vehicles, usually comes from the immigrants and their descendants.

These days, there's a team of about 40 fire fighters working for the "Bomba Alemana" - all on a volunteer basis.

"I'm the only one who is on a paid contract. I'm in charge of the fire department and its organization."

The walls of the department are covered with old documents and photographs, bringing to life the history of the German-descent fire fighters. A photograph from 1979 depicts Israeli colleagues visiting Punta Arenas. A bit further on - a picture dating back to 1934 shows la "Bomba Alemana" with a swastika banner. This, too, makes part of the history of the volunteer fire fighters. 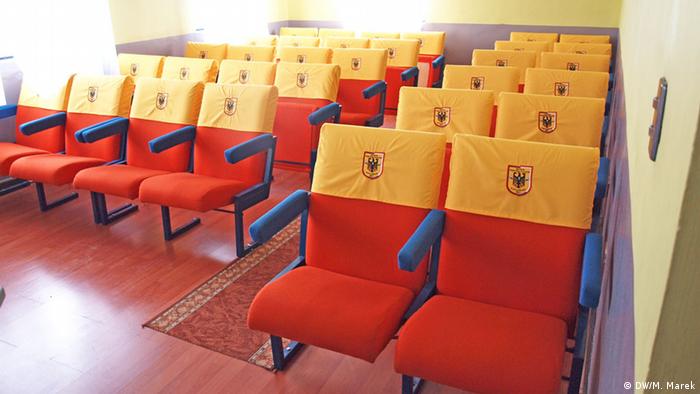 Some documents were written in German; even the rooms still bear their German designations. There's a Besprechungsraum (meeting room), Maschinensaal (machinery hall), Wohnzimmer (living room), Lagerkeller (storage basement). Amongst it all is a huge sign with the maxim "Wenn alle raus rennen, wir rennen rein" ("When everyone runs out, we run in").

The multi-colored seats in the meeting room are kept in the Chilean national colors, but with the German federal eagle in the center. Back in the old days, during fire runs, orders were given in German - but this has long been a thing of the past. Today's men of Punta Arena's "Bomba Alemana" were all born in Chile; only a few still speak some German.

What remains are the traditions and their pride - here, at the last German firebrigade before Antarctica.

Bolivia has sued its neighbor Chile for access to the sea, pressing a long-standing claim to land that it lost after a 19th century war. The land-locked country has filed a suit in The Hague for the return of territory. (25.04.2013)