The green way of death

Though Germany's burial laws are stricter than most in Europe, forest funerals are beginning to gain in popularity. But how green are they really? Tamsin Walker went to find out. 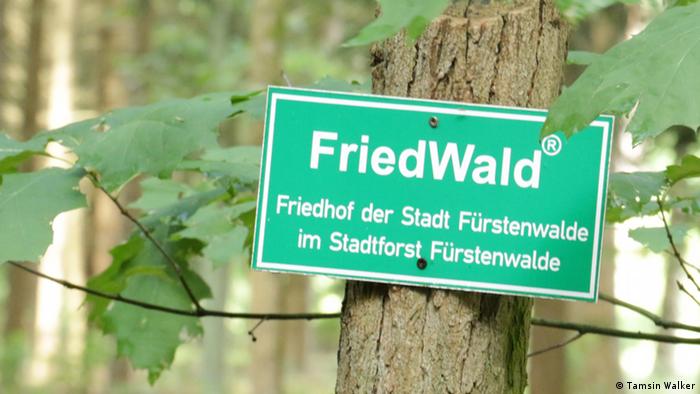 I attribute my morbid fascination with the rituals surrounding death and burial to the fact that I grew up next to a funeral home.

Throughout my childhood, I saw people and hearses coming and going, and invented stories about the bodies I was convinced were kept in the low building that overlooked the field where I used to play.

By the time I moved to Germany many years later, I had learned more than enough about the wide range of funeral rites to be stupefied by the constraints this country imposes on its deceased.

The norm here is a cemetery plot - in which headstones are often separated by gravel or neatly raked soil - bought for between 20 and 30 years. Failure to tend it can result in hefty bills from the graveyard administration. 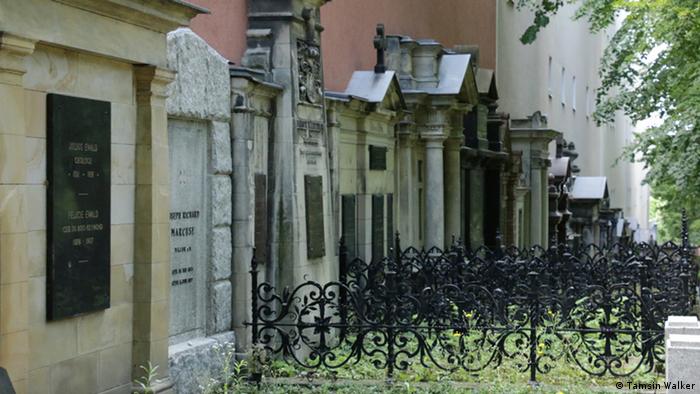 A traditional German burial ground in the center of Berlin

And when the allotted time is up, unless the family pays to extend the tenure, the ground is cleared to make space for somebody else.

Though Feuerbestattung or cremation has gained in popularity since it was first enshrined as an option in German law in 1934, the rules surrounding the practice are crystal clear.

In every state - except Bremen, where the law was updated last year - the ashes must go into a sealed container that is interred by the undertaker, thereby making it impossible for family members to hold a scattering ceremony in a place of particular importance. The graveyard, it seems, is king.

I went to meet Susanne Jung, co-founder of Berlin's Funeral Ladies undertakers to ask her about the thinking behind the rule.

"Don't ask me," she replied with a note of genuine bewilderment. "I don't think anyone knows. They are very old laws that have never been changed. People who want the ashes have to go via Switzerland, which is crazy, isn't it? It's like a gray market." 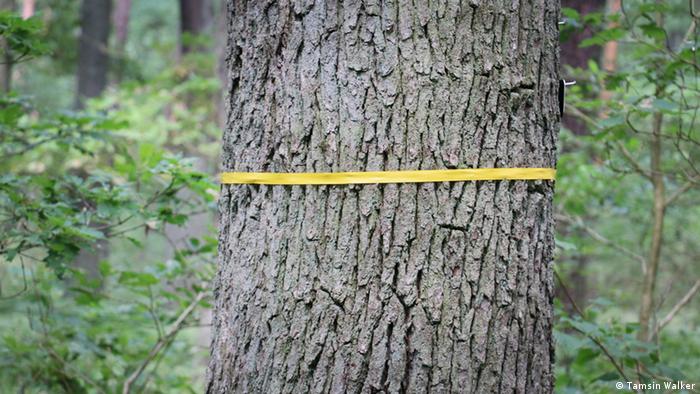 Trees that have been pre-selected as burial site are marked with a ribbon - until someone leases the plot.

Against the backdrop of that "gray" market, the idea of green funerals seems so radical that it wouldn't stand a chance. Yet 15 years ago, Germany sanctioned the creation of its first Friedwald or forest cemetery - and in the intervening years, almost 60 have sprung up across the country.

Into the German forest

I went to visit one such cemetery, about 40 minutes east of Berlin. To the unknowing eye, it is simply a forest. Apart from the occasional colored ribbon wrapped around a trunk - which the ranger, Thomas Weber, told me indicate what trees are still available - or the discreet name plates loosely nailed to the bark, there is nothing to suggest it as a final resting place.


Weber describes it as a "living community of trees, plants and animals", and says people who come to funerals in the woods automatically find themselves gazing up at the top of the tree, to the sky, which he says physically opens the breast in a way that can help to overcome the grief they are feeling. 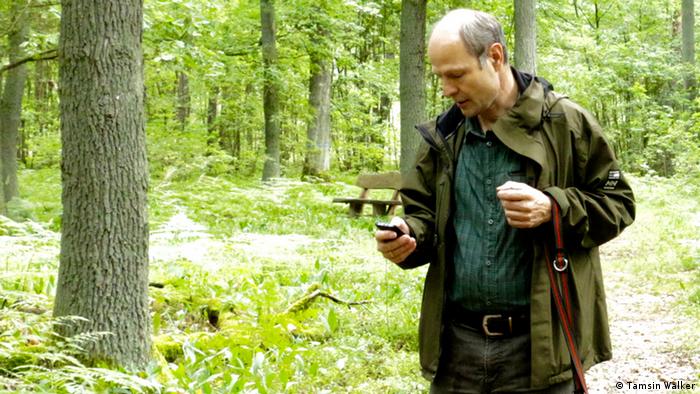 "Of course you have to let go - but a tree is a strong companion, you can lean against it, see how it lives, and watch life teeming all around it," he said. "Some people like to imagine that when the ashes are released into the ground, the tree absorbs the nutrients, and that's the way it is. It's a cycle."

It's clear from the way he talks that he's a great believer in this new use of the archaic German forest - indeed, he says he plans to end up there too.

But how much greener are these burials than regular ones? After all, even in the woods, the body can't go in the ground until it has been cremated and the ashes put in a biodegradable and yes, sealed, urn.

Though burning bodies leaves a carbon footprint, the extent of this depends on the crematorium. And burying them raises the issue of space and opens up questions of contamination, even for those who have not been pumped full of chemicals in the embalming process. 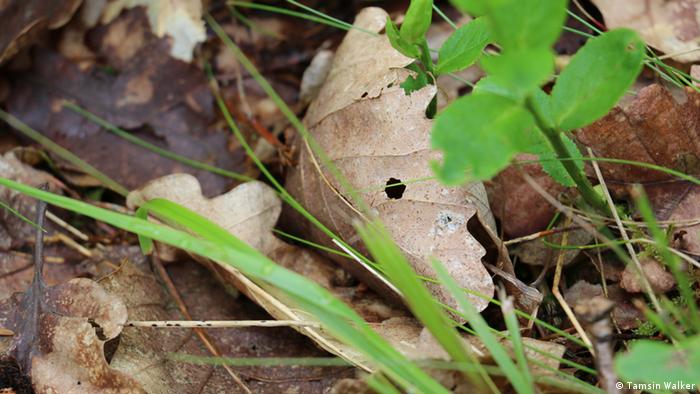 "There are a lot of heavy metals in our bodies, just because we have been eating fish or seafood," said Susanne Jung. "In another 20 years, we could have a big problem with contamination in the cemeteries, because we are contaminated."

Jung says in a country where people are only just starting to move beyond the trauma around death that has prevailed since the two world wars, nobody wants to talk about the dead body being a source of soil contamination. "But it is."

While that issue simmers quietly underground, she says forest funerals are often the result of pragmatic rather than environmental thinking.

"The big trend is that people don't want to take care of graves, and are looking for a natural way to solve the problem," she explained, adding that people don't feel good about not being able to look after a cemetery plot.

The forest is the perfect solution. Jung embraces it as a return to old traditions, and as such prefers to the term "natural burials" to "green burials." Whichever is more apt, these woodland sites provide a welcome alternative to the more constricting established framework. 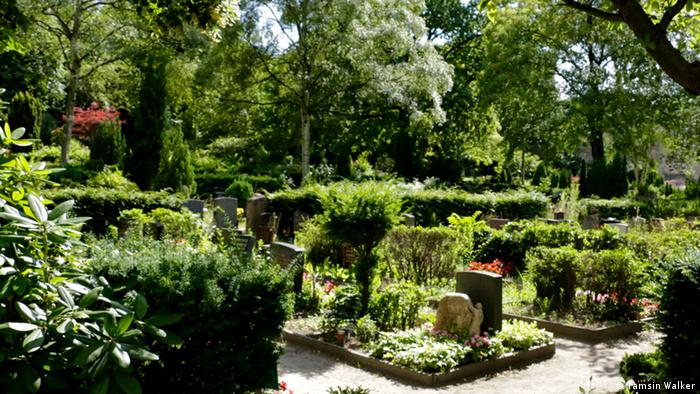 Despite the flowers, a cemetery feels less like a "living community"

When I left the forest, I went to sit in an old Berlin cemetery for a while. Though it was a sprawling space that felt less sterile than others I've been to, it was enclosed and therefore segregated from the life that hums on the far side of the perimeter wall. Not so the woodland, where the overriding sense is of a place in which the souls of the dead can coexist in quiet harmony with the world all around them.