Wind and solar energy have made power generation greener worldwide, but CO2 emissions continue to rise as more and more cars take to the roads. Experts are working hard on new solutions. 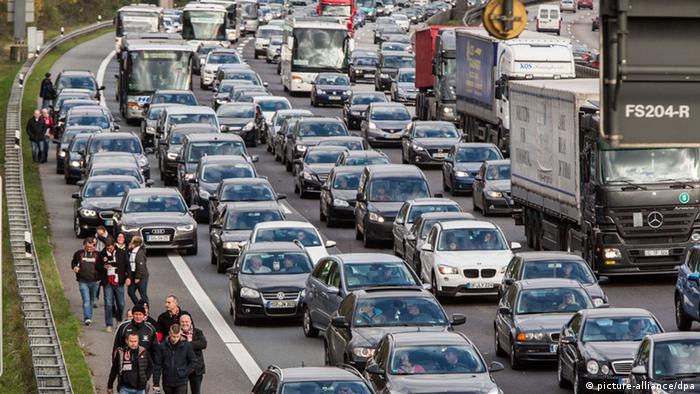 By 2020, CO2 emissions from new cars in the European Union are set to drop by 27 percent, from the current level of 130 grams per kilometer to an average of 95 grams per kilometer. According to the latest study commissioned by the German Federal Ministry for Economic Affairs and Energy, another significant reduction is technically possible from 2020 on, but this will present major challenges.

"We need to further reduce CO2 emissions from transport, if we want to achieve the EU climate targets," said State Secretary Matthias Machnig at a presentation in Brussels. "We need a broad set of instruments and measures that must be carefully coordinated."

Powered by renewable energy sources, electric vehicles running on batteries or fuel cells - hydrogen-filled cells that power the motor - are often seen as the future of transportation.

Germany ranks in the middle

Internationally, Germany ranks somewhere in the middle for e-mobility, lagging behind its own targets. By the end of 2014, Germany had 24,000 battery-powered vehicles - less than 0.1 percent of all cars on the country's roads. To meet government targets, that number should already be 100,000. 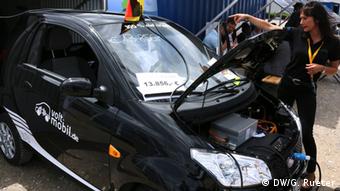 The world is investing heavily in e-mobility.

Although Germany is aiming for 1 million electric vehicles by 2020, without additional funding and incentives, only 500,000 will be on the road by then, according to forecasts by the NPE.

"There is still much to do," German Chancellor Angela Merkel acknowledged as she was presented with the progress report.

Germany's opposition Green Party wants to go a step further, directly encouraging the purchase of electric cars with subsidies of up to 5,000 euros - similar to programs in the US, Norway, France and the Netherlands. A motion to this effect will be discussed by the national parliament in the coming weeks.

Ferdinand Dudenhöffer of the University of Duisberg-Essen's Center Automotive Research also supports the idea of subsidies. He proposes a fuel surcharge of one cent per liter to finance it. With today's lower oil prices, "it is more than manageable," Dudenhöffer said.

But environmental experts are also critical of electric cars. According to analysis by the Wuppertal Institute for Climate, Environment and Energy, the resource-heavy production of their batteries harms the climate.

They say that given the number of environmental problems caused by road traffic, other transport policies should be given higher priority in the future. 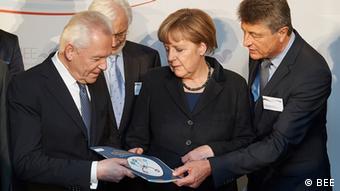 "We need a march toward public transit, with more cycling and walking areas in cities," said Uwe Schneidewind from the Wuppertal Institute. "That is, the car needs to play a much smaller role in the future."

Experts see the future as a smart network of environmentally friendly modes of transport that allow people to get around easily without having to drive their own cars. This should include ample options for public transit, from buses and trains to car sharing. And the mobile phone could help facilitate their use.

A new era of low-CO2 emissions can prevail, according to mobility expert Andreas Knie.

"We hold all the cards for a transport revolution in our hands," Knie said. "Now we need to use them."

Knie's study The New World of Transport was presented to Chancellor Merkel at a ceremony by the German Renewable Energy Federation (BEE) and Deutsche Bahn CEO Rüdiger Grube.