The German obsession with clubs

From Carnival to football and even odder hobbies like rabbit-breeding, there's a club for everyone in Germany. Nearly half of Germans belong to one - and the numbers continue too grow.

"Basically, we are open to everyone," says Günter Ebert.

He has been a member of the Carnival club Rote Funken for 25 years. The Cologne-based organization was founded in 1823. Like other carnival clubs, its members make fun of 19th-century soldiers, mocking the military with parades in uniforms and marching bands.

And that is why Ebert admits that, actually, they are not really open to everyone. "Women don't belong here," he conceded. Nevertheless, he is quick to emphasize, his club is anything but sexist. It is just that in 19th century, there were no women in the military. 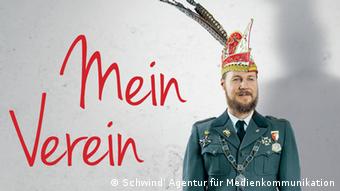 Members of some clubs - or "Vereine" - have to wear special uniforms

For years, the number of registered clubs in Germany has been on the rise, surpassing 600,000 in 2016 for the first time ever. Approximately 44 percent of Germans are members of at least one club, with sports clubs being the most popular, according to a survey of 6,300 clubs by the foundation Zivilgesellschaft in Zahlen. Most of the clubs state that they have stable or even rising membership numbers.

However, membership in parties, trade unions and churches has been declining since the 1990s - but that does not mean that people are less active. More and more people are committing themselves to civil society instead, according to the authors of the survey.

The history of Germany's passion for clubs

The Haus der Geschichte historical museum in Bonn was inspired by these social developments and is opening on Wednesday an exhibition called "Mein Verein" (My Club).

The show, which will run through March 4, 2018, is devoted to various aspects of German club culture, ranging from traditional ones like Cologne's Rote Funken to 19th-century shooting clubs.

One part of the exhibition also deals with the clubs in former East Germany, which were supervised by the ruling communist party, the SED. 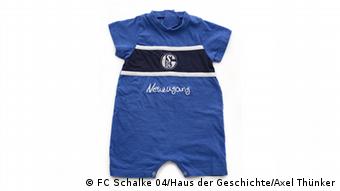 The New Bach Society, for example, nevertheless succeeded in maintaining its club structures and was able to bring people from East and West Germany together even before reunification in 1990.

From the cradle to the grave

Of course the most popular type of German club, the football clubs associated with the professional Bundesliga teams, is also a part of the exhibition.

"We opted for Schalke 04, because it has the most members of any football club in the Bundesliga and is still structured like a club. Even the professional team players are part of the club," explains Angela Stirken, project manager for the exhibition.

Stirken's favorite exhibit in the show is also related to football: a Schalke 04 gravestone. Above the gravestone, which was especially made for the exhibition, there is an aerial photo of the Schalke fan field - a cemetery only available to Schalke fans. Next to it is a blue baby onesie and the photo of a family that baptized their newborn baby in the Schalke chapel.

Club ties and even membership can start as early as birth in Germany. And for "devout" club members, it is important to find eternal peace close to what truly mattered to them during their lifetime. 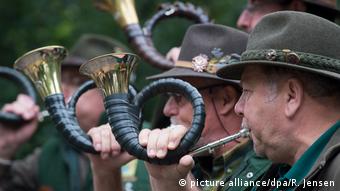 The pros and cons of clubs

Although clubs create a sense of community and people join them to pursue common interests, they can have negative aspects as well. Two-thirds of German clubs say that their members have a similar cultural background.

This suggests that people with multicultural backgrounds rarely join clubs. Stirken also points out that, while clubs can support integration, they can also lead to the formation of groups within a society.

Günter Ebert from the Carnival organization "Rote Funken" is nevertheless convinced of the positive effect of clubs. He only invests so much time in the club because being together is fun. "And in the end, a great deal of appreciation comes back."

Admittedly, not all Germans are deeply enthusiastic about these cultural habits - but you shouldn't be surprised if you meet one who is. (31.05.2017)

There are more than 600,000 clubs in Germany. Most of them are quite common, devoted to everyday things like football, pigeon breeding or singing. But there are also some very curious clubs celebrating unusual habits. (06.09.2017)