Four weeks after Günter Grass publicly acknowledged that he had been a member of the notorious Waffen SS combat troops at the end of WWII, the debate is still raging over the implications of his confession. 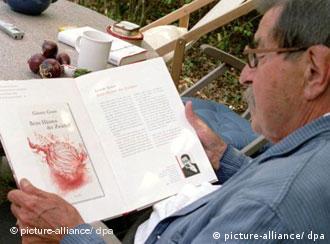 "It's all in the book," says Günter Grass

Two events in Berlin this week marked what is already beginning to seem like a never-ending book launch of Günter Grass' memoir "Peeling the Onion."

On Sept. 4, the German Nobel Prize winner gave a first public reading from his controversial autobiography at the Berliner Ensemble theater. Three days later, a group of prominent German journalists and writers spoke at an aptly named panel "Günter Grass -- A Case of Excitement" as part of the International Literature Festival at the Haus der Berliner Festspiele.

During his appearance on Monday, Grass refused to dwell on the details of his days in the Waffen SS.

"I still have both feet firmly on the ground and will keep on talking openly," Grass said. "But I have nothing new to say about this matter. It's all in the book."

A handful of demonstrators stood outside the theater, holding a poster with a picture of an onion wearing a steel helmet and an inscription, which read "GraSS -- You Are Germany."

The poster was an ironic reference both to Grass' membership in the Waffen SS and the popular, although often ridiculed, national pep talk campaign Du bist Deutschland, which was launched last year by a consortium of media companies in order to stir up a sense of optimism in the country. 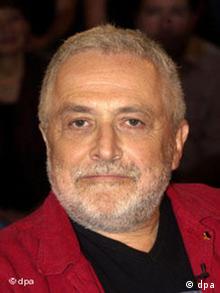 Each of the participants in the discussion on Wednesday evening was at pains to deny his or her own personal agitation over the Grass affair. Petra Lidschreiber, a prominent journalist, said she was "sad and ashamed in retrospect," while dramatist Moritz Rinke said he couldn't get excited about Grass' fall as a moral authority for the simple reason that he never believed in Grass as a moral authority.

"As far as Grass is concerned, I am still so to speak a virgo intacta (untouched virgin)," said journalist, writer and polemicist par excellence Henryk Broder.

His purposeful and playful misunderstanding of excitement as sexual arousal rather than a state of agitation was met with laughter and applause in the audience.

"I always found him foolish and unbearable," Broder said. "But the public excitement is justified. If it had turned out that Mother Theresa had worked in a brothel, after being declared a saint -- just as Grass was with his Nobel Prize -- there would have been public outrage, too."

Over the past four weeks, most German commentators in this long-drawn-out book launch have pointed out that Grass' membership in the Waffen SS as a 17-year-old boy was much less shocking than the fact that he kept quiet about it for six decades.

Nowadays, however, it is the manner of his confession and the way Grass "translated" the sin of his youth into a literary memoir that is becoming a fruitful terrain for thinking about the difficulties of merging history with literature.

What he said and didn't say 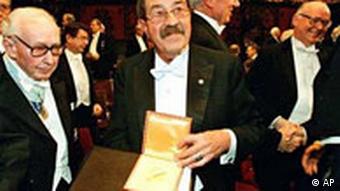 Günter Grass was awarded the Nobel prize for literature in 1999

"Peeling the Onion" is as much a book of memories as it is a book about memory, about what is possible to remember. Of 480 pages, only two -- the notorious pages 126 and 127 -- deal with the Waffen SS. And even though quantity is by no means a literary category, it is nonetheless curious that Grass devoted less than 50 lines of text to the blemish of his youth.

The passages in which Grass writes about his Waffen SS days are furthermore marked by a kind of psychological detachment when he refers to himself as "the young man with my name" or "that young man who was apparently me."

"To take the load off that young man and myself, you couldn't even say: ‘We were seduced," Grass wrote. "No, we allowed ourselves to be seduced."

"As a member of the Hitler Youth, I was a young Nazi, true to that faith to the very end," he wrote. "No doubt entered my belief, nothing subverted it."

"For decades after, I refused to admit anything to do with its name or the SS symbol," he wrote. "In my after-the-fact shame, I wanted to keep silent about what I had welcomed in the stupid pride of my youth."

Grass' narrative is thoughtful and at times powerfully evocative. But because his memoir contained the dramatic revelation of a well-kept secret, the book will inevitably -- and very likely, more often -- be judged not for its literary achievement, but as a kind of imperfect historical evidence, a testimony that could have been written differently.

"Of course, we can't blame Grass for the book he didn't write," said writer and essayist Tilman Spengler. 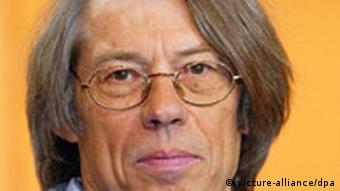 But historian and documentary film maker Hannes Heer -- who is best known in Germany for his work on the controversial exhibition project "A War of Extermination: Crimes of the Wehrmacht from 1941 to 1944" -- found Grass' account of how he came to the Waffen SS and what he had done there highly disappointing precisely because it lacked documentary authenticity.

"Grass speaks about his Waffen SS troops 'in the Bohemian woods,' in this imaginary place without details as to who, what or where exactly," said Heer. "What is this? Schiller's 'Robbers'?"

"The Robbers" was the first drama written by one of Germany's greatest 18th century writers, Friedrich Schiller. In it, a wronged and disgruntled idealist, Karl Moorland, joins a band of robbers in the Bohemian forest with a revolutionary goal of establishing a better society through pillaging and murder.

As Petra Lidschreiber pointed out, there is a discrepancy between the sensuality of images with which Grass described some of his experiences -- for instance, learning how to cook from a Viennese chef in the American prisoner of war camp -- with rather bland passages about the Waffen SS.

There are scandals and scandals 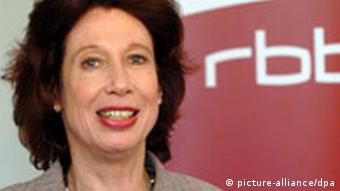 A scandal is a kind of public consensus on what constitutes a source of excitement. The Grass debate has shown that the German public -- as nebulous as that concept sounds since it is more or less a function of editorial policies in the media -- almost unanimously agreed on the exceptional and scandalous nature of Grass' late confession.

Moritz Rinke described the general outcry before Grass' book was even published as "a thoroughly German reflex: to pound on a book one hasn't read a single page of."

By the end of the evening at the Haus der Berliner Festspiele, however, it turned out that only two of the five participants in the discussion had actually read "Peeling the Onion." The Grass affair was from the beginning a non-literary phenomenon. It remains to be seen if the book will be read carefully or only talked about incessantly.

According to Petra Lidschreiber, however, Grass himself is less important than the fact that Germans are preoccupied with him.

"The current situation with neo-Nazis in Germany and the so-called no-go areas, which you shouldn't visit if you don't look German enough because you may get attacked -- is almost too embarrassing for us to talk about," Lidschreiber said.

"It seems that we're actually happy to be able to discuss Grass and his book, the past rather than the present."

Click here for a DW-WORLD.DE dossier on Germany's Nobel prize winning author Günter Grass and his revelation that he served in the notorious Waffen SS elite force during WWII.

After causing a firestorm with revelations that he served in an elite Nazi unit six decades ago, acclaimed author Günter Grass is still to be awarded with a notable peace prize. (Sept. 7, 2006)