The freedom of being a freak: Tim Burton at 60

His characters are outsiders — like the director himself. As Tim Burton turns 60, here's a look back at his career, cult films and the elements defining his unmistakable universe.

Tim Burton is a fan of tried-and-true methods. He likes to use recurring shots, stylistic devices and motifs in his films – such as scarecrows or snow in a noiseless environment.

His works often open with a tracking shot following someone or something, accompanied by eerie music. The introduction might reveal the background story of a character, for example how The Penguin was abandoned by his parents as a child in Batman Returns.

His films are inhabited by vampires, skeletons or ghosts that seem scary at first glance, but are actually rather nice.

The freedom of being a freak

Burton developed his preference for outsiders after growing up in Burbank, a Californian city of 100,000 inhabitants; he's turned them into a recurring theme of his films.

"At school, nobody seemed to like me," the then already successful director said in 1994, in the MTV series titled Freaks, Nerds & Weirdos.

His film characters would reflect his own yearning for acceptance. "There's something sad about being separated, but there's also a kind of wonderful freedom," he explained. "Because when people brand you as a freak of some sort, it allows you to act freakish without people getting on your case." 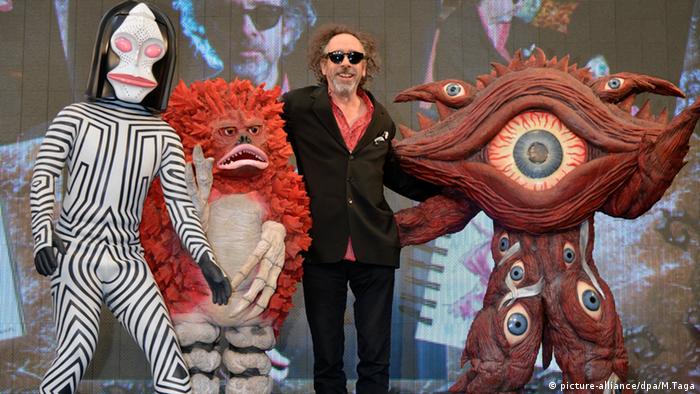 He started out by working as an animator and storyboard artist for Disney.

In 1985, he filmed his feature debut, Pee-Wee's Big Adventure. It was followed in 1988 by a comedy originally planned as a horror movie, Beetlejuice. It was an unexpected box office hit.

Following this success, Burton was called to direct Batman, which, supported by a tremendous marketing campaign, broke all previously established box office records.

The film crew as a family

His established reputation also allowed Burton to sell his less commercial ideas to studios. In 1990, Edward Scissorhands launched a long-lasting collaboration between the director and actor Johnny Depp. They've worked on eight movies together since.

The four-time Oscar winner Danny Elfman composed the music in almost all of his films.

Burton surrounds himself with confidants, people who tick like him, or who are at least are open to sharing his visions.

The director and producer says he's found a family in his film crew. "It's a wonderful thing to be surrounded by them," he said during a 2016 podium discussion promoting the film Miss Peregrine's Home for Peculiar Children.

In Miss Peregrine, former Bond girl Eva Green took on the title role. Ever since the production, the two of them have been a couple. Green is also cast in Burton's upcoming fantasy movie, Dumbo, planned for 2019.

In fact, the film set has in a way turned into Burton's unofficial dating site. He was in a relationship with actor Lisa Marie, whom he called a muse, from 1992 to 2001; she appeared in all of his movies in that period, up until Planet of the Apes in 2001.

During the shoot of that film, he fell in love with Helena Bonham Carter. They were a couple until 2014, had two children and did six films together. 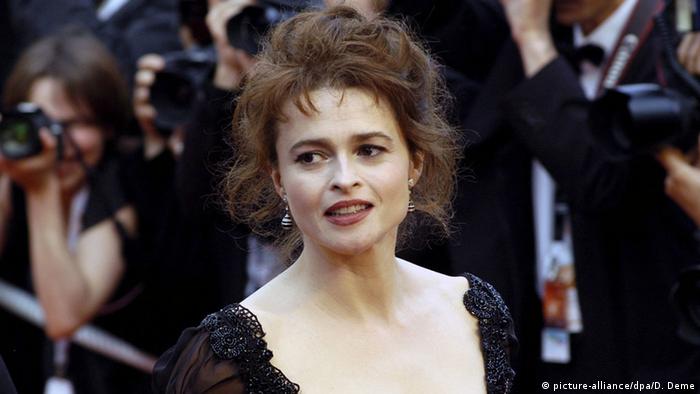 Two children and six films: Burton has shared his passion for odd characters with Helena Bonham Carter for many years

While the filmmaker, who turns 60 on August 25, has already been awarded a lifetime achievement award (the Golden Lion at the Venice Film Festival in 2007), he presumably still has many projects ahead of him.

Among these will be long-gestating, highly-awaited second part to Beetlejuice, which would reunite Burton with Michael Keaton and would be Burton's second sequel after Batman.

From "Beetlejuice" to "Frankenweenie," cinema-goers know Tim Burton for his eerie yet quirky take on things. His lesser known artwork, which often serves as the basis for his films, is now on show in Germany. (17.08.2015)

Rich in imagination, director Tim Burton has created unusual worlds in his movies. In honor of his 60th birthday, here's a look at some of his biggest hit films, from Beetlejuice and Batman to Edward Scissorhands. (24.08.2018)