Dictator Saddam Hussein orders his troops to march into Kuwait. After the invasion is condemned by the UN Security Council, the US forges a coalition with allies and frees Kuwait. 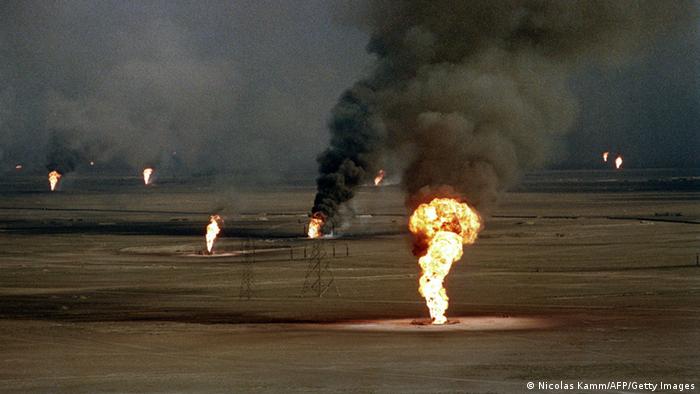 Iraqi dictator Saddam Hussein uses border disputes and rows over oil production rates as an excuse to send troops across the border of neighboring Kuwait. The United Nations Security Council condemns the invasion of the sovereign country, but Hussein refuses to back down. The US establishes a coalition of 34 countries to force the Iraqi army out of Kuwait.

After Hussein fails to respond to an ultimatum at the start of 1991, the US led troops begin an aerial raid and then later send in ground troops to drive back the Iraqis. The Iraqi army retreats. But uprisings from the Kurds and the Shiites in Iraq, who hope for an end the regime, are brutally squashed by Saddam Hussein. The US-led troops fail to topple the dictator.

Twenty years on, shockwaves of Kuwait invasion are still felt in Middle East

On August 2, 1990, Iraq launched an invasion of Kuwait, setting in motion a long chain of events which have reshaped the Middle East and have changed the dynamic of relations between the western and Arab worlds. (02.08.2010)

On the eve of the second war in Iraq, DW looks back at the first Iraq War (2003)