The End of East Germany

Fifteen years ago, the parliament of former communist East Germany decided that a reunified Germany would be wiser and voted to join the West German state -- a historical moment that ended 45 years of Cold War. 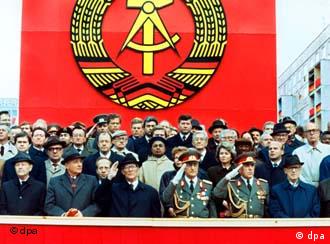 The final military parade of the German Democratic Republic

Sabine Bergmann-Pohl's term in office as president of the East German parliament, and officially head of state, was short. She held the post from April 5 to Oct. 3, 1990 but on Aug. 23 of that year, the Christian Democratic politician would announce what was for most only unthinkable one year before, namely the dissolution of the German Democratic Republic, or East Germany.

When, at 3 a.m., Bergmann-Pohl announced the result of the vote, a tumultuous yet historic session came to an end. The workers' and farmers' state had collapsed over the course of eight months after existing 40 years. 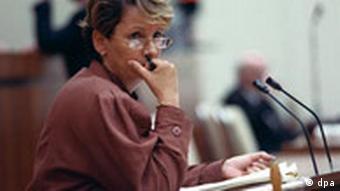 Before the vote, two camps stood at loggerheads and their goals were clear and uncompromising. Either the East Germans would toss their dreams of a socialist state and reunify quickly with wealthier West Germany, or the economically-decrepit GDR would try to retain some sense of its past and vote for independence, at least for the time being.

The answer was clear: 294 parliamentarians were for the dissolution of East Germany. Only 62 were against it.

"Parliament today decided nothing less," said Gregor Gysi, then head of the PDS party, the successor of the former ruling SED party, "than the destruction of the state of East Germany to take place on Oct. 3, 1990."

In hindsight, the vote of Aug. 23 was nothing but a rubber stamp for about 16 million East Germans. The protest wave that had begun in the autumn of 1989 had unleashed a series of events leading to the resignation of the country's ruler Erich Honecker. 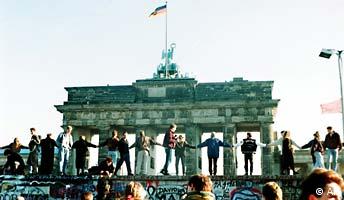 When people started dancing on the Wall, they turned their back on East Germany

Those who watched the momentous televised debate in parliament were not ready to give the satellite of the Soviet Union another chance.

"I’ve partly watched the session on television and it’s been quite an awkward spectacle. It’s high time this farce came to an end," one East German was then quoted as saying.

The pressure on the parliamentarians had reached a head. The majority of the people had tasted freedom after Nov. 9, 1989. The time to carry the German Democratic Republic to its grave had neared.

The revolutionaries are toppled

What had led up to the historic vote on Aug. 23, 1990 was a lesson in grassroots civics. The New Forum civic movement had initiated the Monday demonstrations in Leipzig in 1989. By the first free elections in March 1990, however, the group had been eliminated from the political landscape. The pro-Western CDU swept into power, forcing into oblivion those groups that actually toppled communism in peaceful street protests. 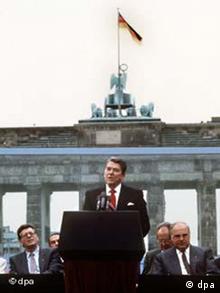 US President Ronald Reagan at the Brandenburg Gate

"I see us as a group of people who happened to be in the first position at a closed and locked door. We began hammering at the door and finally it gave way, we fell down and everybody rushed over us into the free air. In one historic second we were in full agreement with the mood of the masses of the population. But only for a second," said Jens Reich, one of the leaders of the New Forum civic movement.

Can history be repeated?

In the summer of 1990, the East German state was virtually bankrupt, managing to survive only by hanging on the purse strings of Western Germany. Hard Western deutsche marks were introduced in the East in June. West German Chancellor Helmut Kohl believed that free market economics would do the trick again and achieve a repeat of the West German post-war economic miracle. 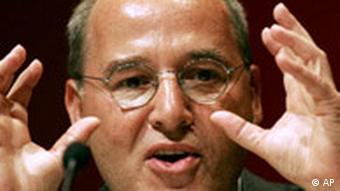 "This was a very simplistic concept. The idea behind it was, we transfer the West German monetary system, put money into East Germany and then after a chaotic round, new economic development might take place," said Jochen Blaschke, an economist in Berlin.

Now, 15 years on, much of eastern Germany continues to be economically depressed with high unemployment, low productivity and even less prospects -- in spite of about 50 billion euros ($60 billion) pumped into the region every year.

Blossoming landscapes were once promised to the people there, but what’s flourishing is disillusion and a renewed relish for leftwing policies. It's telling that Gregor Gysi, the leftist leader who once buried the communist party in the East, is now making a comeback there as co-leader of a new, nationwide far left party.

In a Berlin courtroom this week, Germany ended its ugliest chapter when a judge convicted four East German officers for their role in border deaths. Like dozens before them, they received no punishment. (Nov. 11, 2004)

Click here for a selection of in-depth DW-WORLD features on eastern Germany.