The creative minds behind "Crime Fighters"

Many people work together to make Crime Fighters happen. But it all starts with the stories. Get to know the authors. 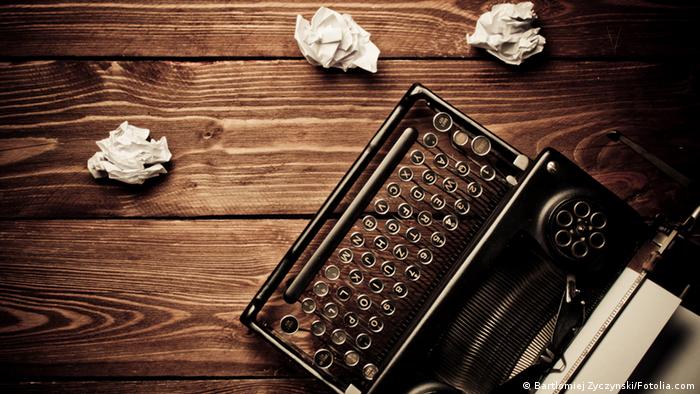 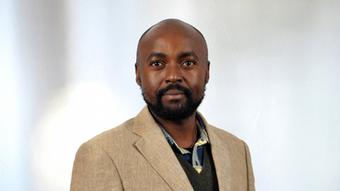 Chrispin Mwakideu from Kenya is a trained puppeteer, actor and playwright. For more than 10 years, he has been involved in "Theatre for Development", using puppets, drama and animation to tackle social, political and economic issues. For him, writing educative radio dramas is like a very exciting journey. "As a playwright I do not only feel like I'm part of the stories I write, but I also learn a lot in the process", he says. Chrispin is the author of the Crime Fighter series “Land of Chongwe”, "Killing Me Softly", "Dirty Deals" and "Words of Hate, Words of Peace". He also works as a journalist at DW's AfricaLink department. 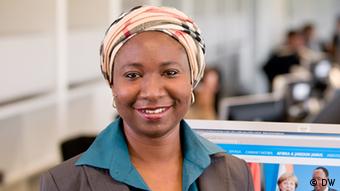 Pinado Abdu Waba from Nigeria took her first steps as a journalist while studying Mass Communication in Zaria. She then continued her career working as a TV reporter, and made a switch to print media as an editorial team member of a daily newspaper. Creative writing has always been her hobby from a very young age, but her formal journey started after she joined the BBC Media Action to write and produce radio series along with a discussion programme on development, both in English and Hausa. These programmes touched on some of her interests which include Good Governance, Maternal Health, Food Security as well as Wealth Creation. Pina joined the Hausa department of DW in 2010 as an editor, where she also produced the Youth and Economic magazines. Since 2016 she works as a freelance author. She wrote the Crime Fighter series “The Radical Journey”, “Silent Cries”, "Many Facts, One Truth" and "Uneasy Choices". 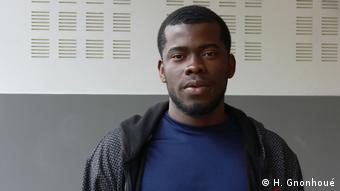 Hurcyle Gnonhoué is a novelist and playwright from Benin. Several of his works were published in short stories collections in Benin. His play ‘Les Pondeuses de boucs’ was staged during the International Theater Festival of Benin – FITHEB. Hurcyle also worked as a cultural reporter for the website Bénincultures. After studying Literature in his home country, he is now finishing a Master in Performing Arts in France. He is the author of the Crime Fighters series “One Murder Too Many”, "Sweeping Up Likalongo" and "A Disappearance in Pyto". 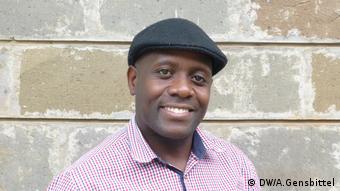 James Muhando is a Kenyan entertainment professional who has worked in the creative industry since 1999. The thespian and creative writer started out as a stage performer, but later joined the Kenya Broadcasting Corporation as a writer, voice and TV actor. The aspiring TV and radio producer joined DW’s Learning by Ear in 2008 as a voice actor and went on to become one of the authors. He wrote the Crime Fighters series “On the Trail of the Poachers” and "School of Graft". Furthermore, James supports the production of the Crime Fighters radio dramas in Nairobi as a stringer. 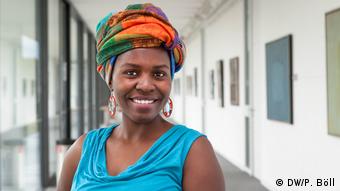 Wanjiku Mwaura from Kenya is a performance poet and journalist. Language, and poetry in particular, being her passion, Wanjiku has performed at Forums in Kenya and beyond (e.g. South Africa, Germany). Her poems were featured in various anthologies, such as “The Flow of My Soul”. For Crime Fighters, she penned the series “Click on the Link”. Before joining DW's programme AfricaLink as a social media editor in 2016, she has been working for several radio dramas of DW as an actor. 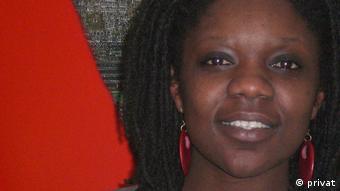 Carla Fernandes was born in Angola and grew up in Portugal. After graduating with a degree in Translation Studies, she joined the editorial staff of DW’s Portuguese for Africa Department, where she was responsible for the production of the Learning by Ear radio dramas in Portuguese. “It Takes a Village” is her first contribution to Crime Fighters as an author. Carla is now back in Portugal where she did a Master’s Degree in Communication, Culture and Information Technology. She continues to work as a journalist, freelance radio producer and blogger and created the audioblog “Radio AfroLis” where she addresses issues related to African descent communities living in Lisbon. 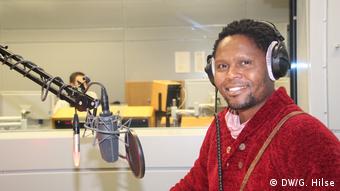 Sonwabiso Ngcowa from South Africa first fell in love with storytelling when he listened to radio dramas as a child. He worked in a bank for some years before he followed his passion for writing to become a writer and poet. His first published short stories dealt with sensitive topics such as forced child marriage. His first novel “In Search of Happiness” tells the story of a girl who falls in love with another girl. His second publication is a Xhosa (his mother tongue language) short story anthology. And, his third publication is a collection of interviews with “born-frees” in South Africa. Crime Fighters made it possible for Sonwabiso to get back to his childhood passion: radio dramas – but this time as an author. He wrote the series “The Secret of the Bones”. 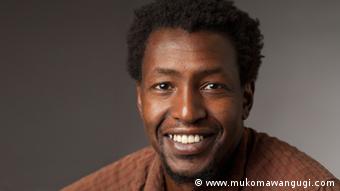 Mukoma wa Ngugi was born in Evanston, Illinois, and grew up in Kenya before returning to the United States. He is the son of world-renowned African writer Ngugi wa Thiong’o and works as an Assistant Professor of English at Cornell University. He is the author of the novels Mrs. Shaw, Black Star Nairobi, Nairobi Heat, and a book of poetry. With “Crime Fighters: Drugs to Cure, Drugs to Kill”, Mukoma made his debut as an author of radio dramas.

Sound engineer Michael Springer, who has been working for DW’s radio dramas for several years, composed the music for Crime Fighters.