The CFA franc in West Africa: Time for a change?

A group of young African rappers is challenging the use of the common currency, saying the CFA franc is a remnant of colonialism and should be abolished. But members of the African elite don't seem interested in change. 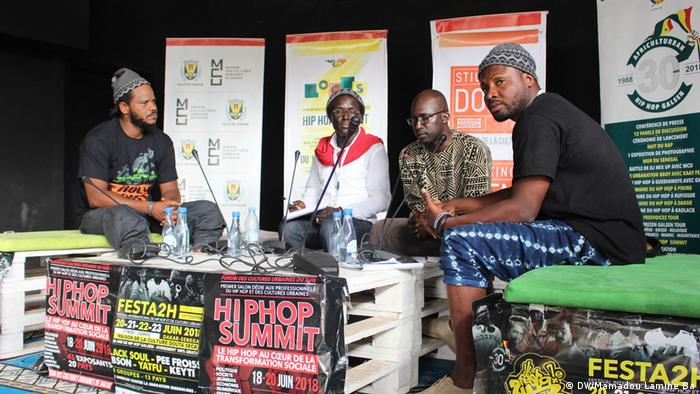 "7 minutes contre le CFA" ("7 minutes against the CFA franc") — this is the title of a new rap song which was officially released on Wednesday in the Senegalese capital, Dakar. Ten musicians from seven African countries are mobilizing opposition to the common currency of a total of 14 countries in West and Central Africa. Their main criticism: the currency is a remnant of the French colonial era and is an affront to the sovereignty of African states.

"Put a stop to the blah-blah. Away with the CFA. History goes on…A loud cry on our streets…" The song has certainly caused a stir. The participating artists are well known in their countries of origin. Their young audience also lends them a lot of street credibility.

"We decided to write this song against the CFA franc because we want the general public to know about this issue," says Togolese rapper Elom Vince, also known as Elom 20ce, one of the initiators of the project. So far, it has only been discussed in small circles, mostly among young, urban intellectuals, he says. But this is changing.The message of the song is simple: "The CFA franc will die and we will dance at its funeral."

14 countries tied to the euro

Strictly speaking, the CFA franc is the name given to two currencies used in the African Financial Community. In West Africa, eight countries share the common currency known as the West African CFA franc: Benin, Burkina Faso, Ivory Coast, Guinea Bissau, Mali, Niger, Senegal and Togo. The central bank is located in Dakar. The Central African CFA franc is the common currency in six other countries: Equatorial Guinea, Gabon, Cameroon, the Republic of Congo, Chad and the Central African Republic. 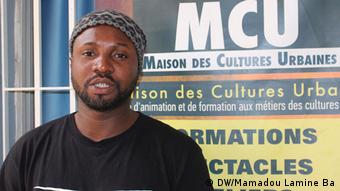 Both currencies have existed since 1945, when they were both linked to the French franc. At the moment, one euro is worth approximately 656 CFA francs. The French central bank guarantees the value of both currencies. In return, the African countries are required to deposit 50 percent of their currency reserves in Paris.

The CFA franc is undeniably a colonial-era currency which was created by France for its former overseas territories in Africa, says Armin Osmanovic, who heads the Rosa Luxemburg Foundation in Dakar.

"More than 50 years after formal independence, the CFA franc is a historical anachronism," he told DW. The currency was an instrument of the so-called "Francafrique" policy of continuous French influence on the African continent, he added.

In addition to the political arguments, there are also solid economic reasons to oppose the use of the CFA franc. "The currency is too inflexible," Osmanovic said. Through being coupled to the euro, the CFA franc is chronically overvalued. "That's why it's too strong and exports are being weakened because export goods are too expensive," Osmanovic told DW. This also stalls investment.

Togolese economist Thomas Koumou sees it differently. He argues that the fixed exchange rate of the two CFA currencies against the euro promotes stability, which is important for foreign trade in an increasingly globalized world.

"The CFA franc gives us a degree of currency security, as well as protection against external shocks," Koumou told DW. 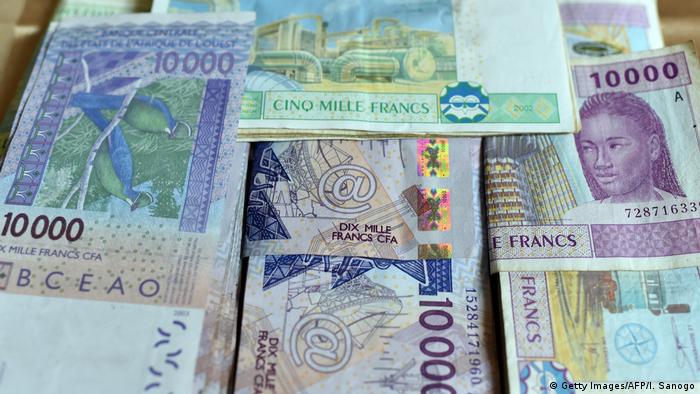 The CFA franc: A stable and safe currency or a remnant of colonialism?

This stability comes at a high price for the countries in the CFA franc zone. The obligatory reserve assets held in Paris currently amount to approximately 20 billion US dollars (17 billion euros). This is subject to a small amount of negative interest, which means that the countries concerned are paying for their money to be stored in France.

"20 billion dollars represent a large sum of money for the countries involved, and the amount exceeds the gross domestic product of many member states," says Osmanociv. Coinciding with a current raw materials crisis, money is missing for the construction of schools, roads and hospitals. In this context, Osmanovic draws attention to rare criticism of the current monetary system expressed by an African president, namely Chad's President Idriss Deby. He recently called for fewer CFA francs to be held in reserve. Chad is suffering from falling oil prices, as well as the ongoing fight against extremist group Boko Haram. According to Deby, the money which is currently stored in Paris would be better off in Africa. 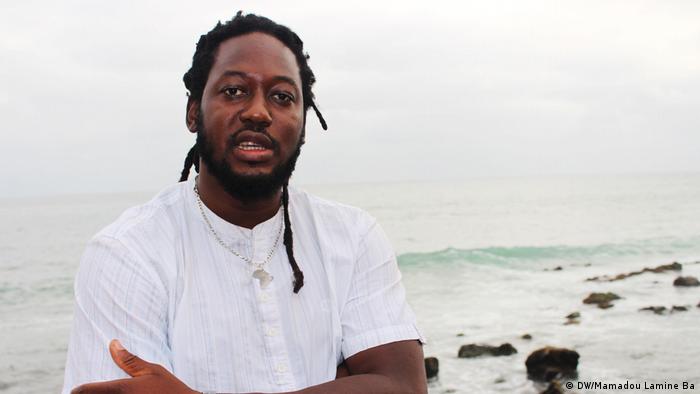 In general, however, politicians and the wealthy rarely criticize the monetary system, not least because society's elite enjoy clear benefits from a stable currency, says Osmanovic. "From the point of view of people who have money, including politicians, the CFA franc is safe. They can exchange it and the money does not lose its value."

Meanwhile, the rappers continue with their loud protest. "This is a project against a system that is cementing colonialism," says Elom 20ce. "The CFA franc is a means of maintaining economic relations which are detrimental to Africa, and we are not prepared to accept that." The artists hope that this time they can bring the protest to the masses.

"We are the voice of youth. The youth are listening to us," says Jah Moko, another rapper in the group from Mali. "We will shake up many different people with this project and that will help us move forward. Africa must finally start taking responsibility for itself."

But after 7 minutes, one question remains unanswered: If the CFA franc goes, what comes next? Should there be a new common currency? One restricted to just a few countries? Or should African countries go back to using their national currencies?

"The discussion around this issue is being led by the rappers, as well as by economists and — in France — people on the political left," says Osmanovic. "Many are speaking out against the CFA franc, but the way forward is still very unclear and politicians are reluctant to discuss the issue publicly."  It is not expected to play a large role in upcoming elections in the region, for example in Senegal.

Noel Tadegnon and Mamadou Lamine Ba contributed to this report.

Will Ghana lead Anglophone West Africa to a single currency?

What's behind the new push to introduce a West African single currency, the Eco? A statement by Ghana's finance minister indicates Accra may be making one last attempt to realise this elusive goal. (21.02.2018)