The 11mm Football Film Festival kicks off with an Icelandic cheer

The 14th edition of the 11mm Football Film Festival has opened in Berlin. The opening night of this year's festival featured a host of special guests from Iceland. 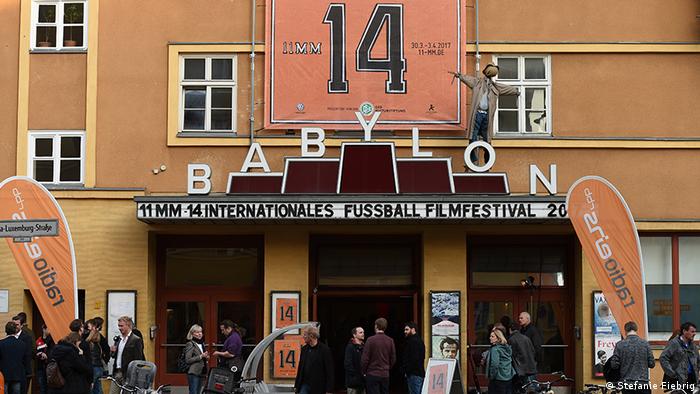 Captivating a room full of strangers in a tongue that's foreign to all of them can't be an easy task. But as Sigurlaug Gisladottir, stage name Mr. Silla, stood in the main cinema in Berlin's Babylon Kino on Thursday night, delicately plucking at her guitar strings and serenading the audience in her native Icelandic, the fact that hardly anyone could understand her lyrics took nothing away from the magic of the moment. The evening's guests, assembled for the opening night of the 14th 11mm Football Film Festival, were in a receptive mood for all things Icelandic.

Saevar Gudmunsson's "Inside a Volcano - The Rise of Icelandic Football" kicked off this year's festival, the biggest of its kind in the world. And the presentation, from Mr. Silla's musical opening, to Icelandic national coach and part-time dentist Heimir Hallgrimsson's joyful post-film remarks ("I'm still practicing: you can book an appointment on Monday"), set the tone for the rest of the festival by conveying a truth to which all of this year's films attest: Football is so much more than just a game.

Just how much more it can be was demonstrated on the weekend of the 25th and 26th of March - nine months after Iceland knocked England out of Euro 2016 - when doctors in Reykjavik reported that they had delivered a record number of babies for a 48-hour period. At the opening of the 11mm Film Festival, Hallgrimsson accepted congratulations for his part in fostering this miniature baby boom.

"I think we need some more Icelanders, because our player pool is not that deep," he said. "So I think we're helping in that sense." That's what you call a footballing legacy.

Among the films on show from March 30 to April 3 are stories from Iraq, Canada, Lebanon, South Africa, Scotland, Spain, and Algeria. However, alongside this global assortment, there is still space for a measure of regional pride.

The heartland of German football

The "Footballing Homeland North Rhine-Westphalia" collection comprises cinematic snapshots of life in the heartland of German football. Joining the fans of suffering Alemannia Aachen as they document their club's last season at the old Tivoli stadium, celebrating the careers of legendary local stars like Heinz Flohe of Cologne, or speaking to the eccentric supporters on the terraces at Bochum, these films explore the role that football plays in people's lives in what was once the epicenter of German heavy industry. It's a world that throws up extraordinary stories and inimitable characters.

As co-director Christoph Gabler put it on Thursday night: "There are some delightfully unique films in the collection."

A tribute to Johan Cruyff

A second special topic at 11mm this year practically chose itself.

"When Johan Cruyff died shortly after the end of last year's festival, one of the greatest footballers of all time, it was clear quite early that we wanted to pay tribute to him," Gabler said.

Cruyff was both the lynchpin of "Total Football," the revolutionary playing style that emerged from the Netherlands in the 1970s, and a secular saint in Barcelona who became a symbol of Catalonian identity. The 11mm homage to Cruyff opens on Saturday evening with a screening of Jordi Llompart's "Barca Dreams." 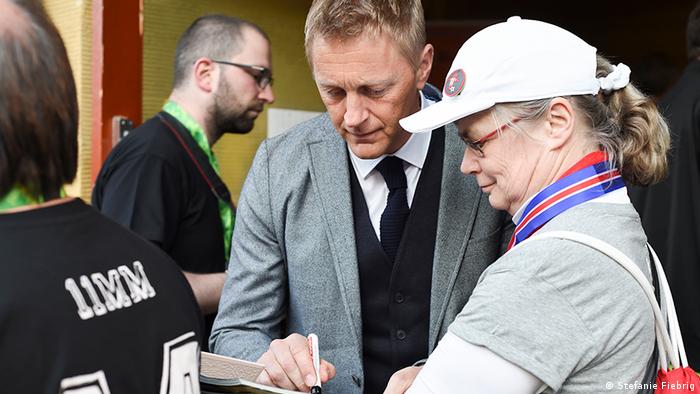 Football's power beyond the pitch, as well as the power of film beyond the lens, is celebrated throughout this year's lineup. There are films that submerge themselves in the world of the beautiful game, but also some in which football is a more incidental and symbolic element.

"Beirut Parc," a DW production that follows Lebanese children, as well as Palestinian and Syrian refugee children as they overcome their differences by playing football, was recently honored with a prize by the Union of German Sports Journalists (VDS) - despite the marginal role that sport plays in the film. Henning Hesse, who produced the film together with Matthias Frickel, reflected on the difficulties the pair encountered.

"It has always been important to us to show that football is a microcosm of life as a whole," Hesse said. "But filming in Beirut and telling the biographies of the children was a unique challenge - we usually deal with the Bundesliga."

"Referees Welcome," another Deutsche Welle production being shown at this year's festival, is a short portrait of Ammar Sahar, a Syrian refugee who idolizes English former referee Howard Webb and officiates in the highest division of Berlin's city league.

The 11mm Film Festival as an event reinforces the heart-warming message that the films offer: Football brings people together.

On Thursday night, the audience came together to try their hand at the spine-tingling "Huh!" celebration of the Icelandic fans. Iceland's ambassador to Germany, Martin Eyjolfsson choreographed the move, alongside Hallgrimsson, from the stage - "but only once, because we're getting pretty fed up with this."

DW's Bundesliga program Kick-Off! is a long-standing partner of the 11mm Football Film Festival. The festival, which is being screened at Kino Babylon in the center of Berlin runs until Monday April 3.