Alex Jones has been ordered to pay $42.5 million to pay Sandy Hook parents in addition to a previous figure of $4.1 million. 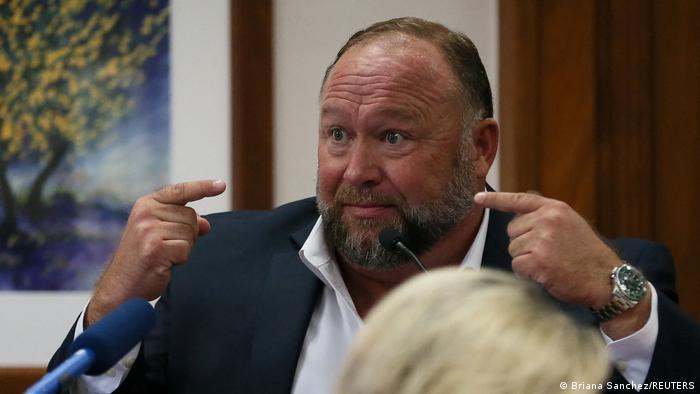 Alex Jones has already been ordered to pay $4.1 million in compensatory damages

US conspiracy theorist and far-right figure Alex Jones was ordered on Friday to pay an additional $45.2 million (€44.3 million) in punitive damages to the parents of a 6-year-old boy killed in the 2012 Sandy Hook massacre.

The defamation case was brought against Jones due to his claim that the mass shooting at Sandy Hook elementary school in Newtown, Connecticut was a "hoax."

What do we know about the trial?

The amount of punitive damages is less than the $150 million sought by the parents of the victim.

The family's attorneys urged jurors to hand out a punishment that would put Jones' far-right website Infowars out of business.

An economist hired by the plaintiffs testified that Jones and Infowars' parent company, Free Speech Systems, are worth up to $270 million. But Jones testified that any award over $2 million would "bankrupt" the company.

Jones' lawyers said that their client had already learnt his lesson, asking for lenience and a punishment under $300,000.

The plaintiffs also accused Jones of approaching the trial in bad faith, citing videos where he claimed that the proceedings were rigged against him and the jury was full of people who "don't know what planet they're on."

The judge admonished Jones during the trial for falsely testifying that he was bankrupt and for lack of compliance with requests for documents.

A decade of trauma and abuse

Punitive damages are meant to punish defendants for egregious conduct. The plaintiffs contended that Jones' claim that the Sandy Hook massacre led to survivors and their relatives experiencing a decade of trauma and abuse, including virtual death threats and other forms of harrassment, from Infowars followers.

Jones admitted to the Texas courtroom that the massacre was "100% real" and that it was "absolutely irresponsible" of him to make the claim that it was a hoax.

In total, 20 children and six educators were killed in the massacre, making it one of the worst school shootings in US history.

Jones still faces two other defamation suits from the families of victims in Texas and Connecticut.