Militants of the "Islamic State" (IS) or other groups could be planning another big strike in Europe, says Europol. France, the site of two major attacks in 2015, remained a likely target, according to the study. 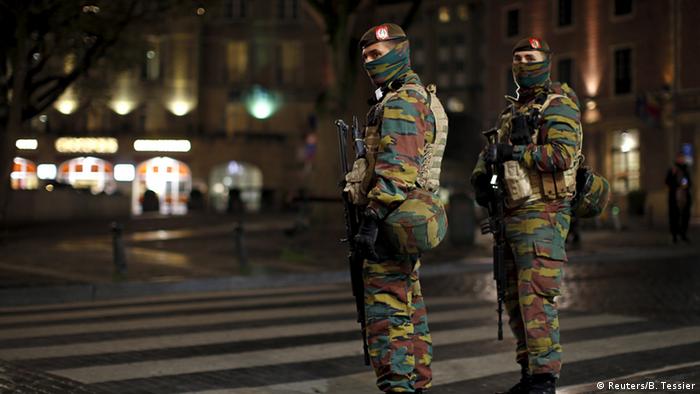 "There is every reason to expect that IS, IS-inspired terrorists or another religiously inspired terrorist group will undertake a terrorist attack somewhere in Europe again, but particularly in France, intended to cause mass casualties among the civilian population," Europol said in its report.

New attacks were possible "in the near future," the report said, adding that it was "nearly impossible to exactly predict when and where the next terrorist attack will take place and what form it will take."

The report also mentioned that the IS had developed a "special forces style" operation, in which the organization's central command in Syria mapped out a broad strategy and left local leaders to decide the specifics of their operation.

European security forces have been on alert since IS terrorists attacked Paris on November 13 last year. Ten militants simultaneously targeted a concert hall, a football stadium, cafes and bars in the French capital, killing 130 people and injuring dozens of others.

Members of Europol, based in Netherlands, released the report together with the launch of a new European Counter Terrorism Centre (ECTC) to assist terror investigations and improve intelligence-sharing between agencies.

The new anti-terror center would also help in building trust and confidence. "That's not what we've had so well in previous years. I hope therefore that Europol's capabilities in this area and the way in which it's proved its capabilities by responding to the attacks in Paris, by generating so much operational support, will give greater confidence to counterterrorist authorities around Europe to share their intelligence," Europol chief Rob Wainwright told Deutsche Welle.

Internet monitoring would form the core of the ECTC, Wainwright said, adding that Europol had just completed a six-month pilot phase. The group's operations would involve working with police and operators of social media websites to identify terrorist propaganda and remove it from the Internet.

The center will initially be staffed by 40 to 50 counterterrorism experts and leverage a pan-European anti-terror response, Wainwright told DW.

Threat from other terror groups

There was an additional threat of attack by al Qaeda, which could be "triggered to put words into action by competing with the IS," Europol officials said in their report. They were particularly concerned about foreign fighters, including around 5,000 Europeans who had fought in Syria and Iraq and returned home.

Europol said it would also coordinate with domestic intelligence agencies to keep an eye on such militants within the EU, Wainwright explained. "The new European Counter Terrorism Centre can provide, I think, a unique means in particular to identify their movements, how they're collaborating amongst themselves, but also their working among, perhaps, certain criminal sectors. We'll monitor how they're operating in the online environment especially, and in particular by providing a pan-European intelligence capability, we can see the whole picture in a better way than we've seen before."

There have also been concerns that terrorists may be infiltrating through heavy migrant flows from the Middle East, but Europol officials said they were yet to find any conclusive evidence in that regard.

However, the pan-European police force said that Syrian refugees could be vulnerable to radicalization in asylum centers within Europe, which were being specifically targeted by terrorists.

Italy has announced a Europe-wide operation targeting an Iraqi Kurdish terror network with ties to the "Islamic State." The terror group was allegedly led from a Norwegian prison by the notorious Mullah Krekar. (12.11.2015)