Tens of millions to vote in Indonesia regional elections

Voters in about half of Indonesia's administrative regions are choosing local leaders. The country's first such simultaneous elections are seen as a way to strengthen democracy following the downfall of dictator Suharto. 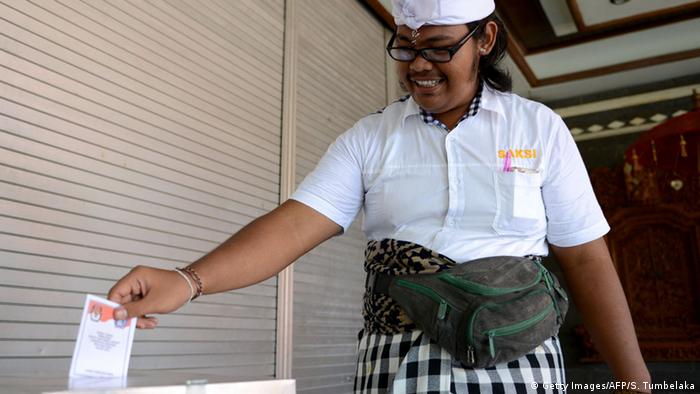 About 100 million Indonesians were eligible to go to the polls on Wednesday in a simultaneous series of elections to choose leaders for nine provinces, 224 districts and 36 cities. In total, elections are being held in about half of the local administrations in the world's third biggest democracy. The enormous undertaking includes Surabaya, the second-largest city.

"I hope the local head elections will be smooth and peaceful as this will demonstrate that our democracy is in good shape," Vice President Jusuf Kalla said on Tuesday.

Direct elections to choose local leaders were established a decade ago as part of democratic reforms in which power was heavily decentralized following the 1998 fall of Suharto, who had held power for more than 30 years. However, Wednesday's vote was the first time so many had been organized to take place on a single day. Officials were thereby hoping to make the system more efficient and save money.

Analysts say the elections are focused on local issues; however Philips Vermonte, a political analyst at Jakarta think-tank the Centre for Strategic and International Studies said as more of them took place simultaneously, they could begin to be seen as a measure of the performance of the national leadership.

Indonesian President Joko Widodo once served as Mayor of Jakarta.

Anti-corruption activists have raised concerns, however, about dynasties forming in local politics and fuelling corruption.