Police have confirmed that the suspected gunman was a student at Austin-East Magnet High School in Knoxville. But when he refused to give himself up, he opened fire at them before they shot him dead. 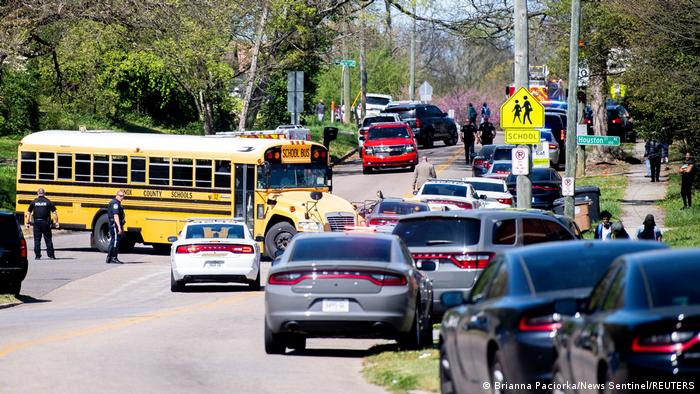 The area around the school has now been sealed off

Police shot dead a school student after he opened fire on them in Knoxsville in the US state of Tennessee and injured one officer, authorities said on Monday.

Officers found him in a bathroom at Austin-East Magnet High School in Knoxville, a city about 180 miles (290 kilometers) east of Nashville.

Tennessee Bureau of Investigation Director David B. Rausch said at a news conference that they had ordered the student to come out.

But he refused to comply and started shooting, forcing police to return fire.

The suspect, who has not been named, was pronounced dead at the scene.

One officer was shot in the leg, but he is expected to recover.

"It's a sad day for Knoxville, and it's tough for Austin-East," Rausch said.

The Knoxville Police Department had earlier told local residents to stay away from the area. 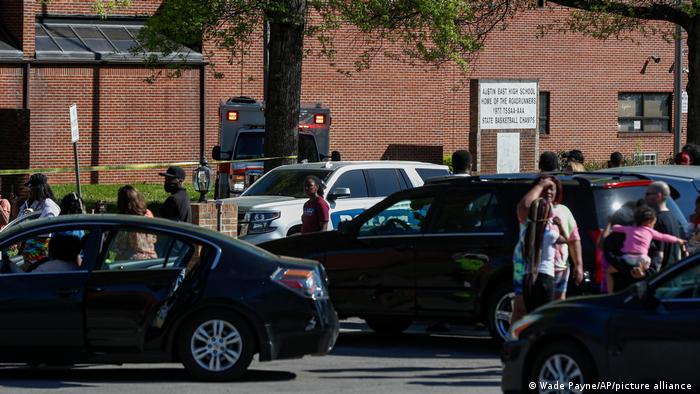 Tennessee governor Bill Lee mentioned the shooting at a Monday news conference but said he had little information.

"I just wanted to make reference to that and ask, for those who are watching, online or otherwise, to pray for that situation and for the families and the victims that might be affected by that in our state," he said.

But last week, the Republican governor signed off on a new law that would allow most adults 21 and older to carry handguns — openly or concealed — without first clearing a background check and training.

The United States has been plagued by school shootings since the massacre at Columbine, in the state of Colorado, in April 1999.

Monday's shooting in Tennessee comes on the heels of  US President Joe Biden unveiling proposals to bring in stricter gun controls.

Biden branded gun violence an "epidemic" and an "international embarrassment" during an April 8 speech.