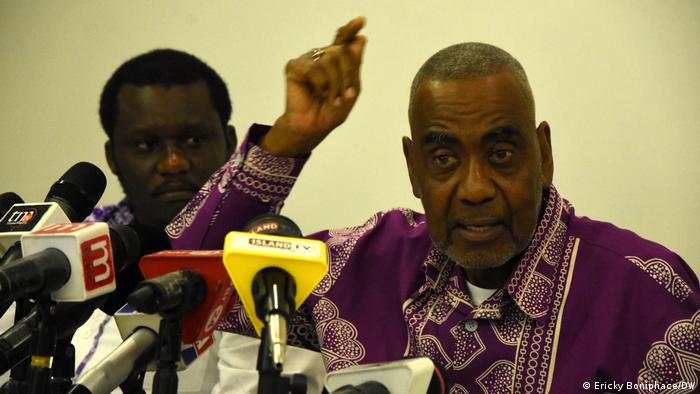 The Tanzanian opposition party Alliance for Change and Transparency (ACT Wazalendo) says authorities have arrested their presidential candidate for the semi-autonomous island region of Zanzibar and killed at least nine people one day before Wednesday's (October 28) national elections.

ACT says those who were killed late Monday night were attempting to keep security forces from distributing boxes they claim contained pre-filled election ballots. ACT claims police used teargas and live ammunition in the incident and that some of those killed were shot in their homes.

Speaking in Dar es Salaam, Simon Sirro, Tanzania's inspector general of police, said authorities had no reports of killings, "No one has been killed either by police or anyone else."

Sirro told reporters that arrests were made on the island of Pemba after youths attacked police, "when we were offloading ballot boxes, they started throwing stones." In all, Sirro says 42 arrests had been made — ACT claims the number was more than 100.

Read more:  Tanzania elections: A choice between Magufuli and democracy?

Maalim Seif Sharif Hamad, the ACT Party candidate for Zanzibar's presidency, was arrested Tuesday morning while attempting to participate in early voting. Hamad, whose party seeks independence from Tanzania, previously served as vice president of the semi-autonomous Zanzibar region and has repeatedly run for its presidency.

Hamad is seen as the strongest challenger in Zanzibar to incumbent Hussein Ali Mwinyi of the ruling Chama Cha Mapinduzi (CCM) Party.

Police in Zanzibar say Hamad was arrested because he was not among those designated to take part in early voting. He was later released.

Wednesday's vote will see both Tanzania and Zanzibar vote in presidential and parliamentary elections in which Zanzibar residents will cast ballots for Tanzania's president as well as their own government.

Throughout the day Tuesday, heavily armed soldiers, security forces and members of a ruling party militia group known as the "zombies" swarmed the streets of Zanzibar. Journalists say they were chased away from areas where police were beating citizens before hauling them away in trucks. Residents also reported very slow internet connections on Tuesday and voiced fears that it may be shutdown altogether on election day.

US Ambassador Donald Wright took to Twitter to voice his concern: "I'm alarmed by reports from Zanzibar and elsewhere of violence, deaths, and detentions. It's not too late to prevent more bloodshed! Security forces must show restraint."

Wright also called on Tanzanian and Zanzibari election officials to carry out their work with integrity.

Rights groups like Amnesty International (AI) and Human Rights Watch (HRW) say Tanzanian President John Magufuli and his government have systematically muzzled political opposition and the free press during his first five-year term in office and fear that things could get worse, "We are concerned that the last five years of human rights deterioration in the country could continue into the next five," according to Amnesty's Seif Magango.

Magufuli's main opponent — whom observers expect he will defeat — is Tundu Lissu, who recently returned from three years in exile after escaping an assassination attempt that forced him to be flown to Belgium as his life hung in the balance. In September, Lissu's convoy was tear gassed by authorities during a dispute as to which route it should take. Lissu backs Hamad's bid for the Zanzibar candidacy. 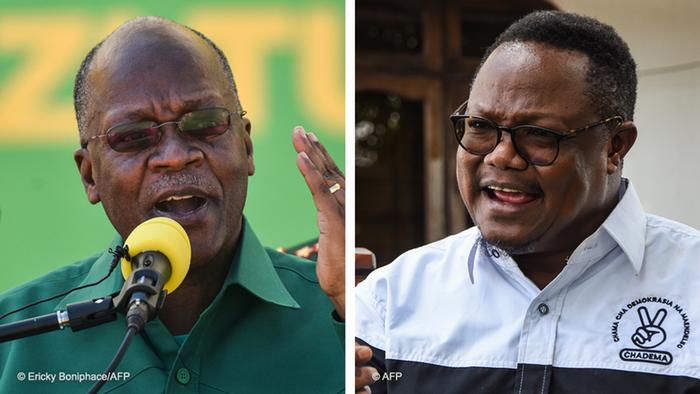 In the vote in Tanzania, President John Magufuli (l.) goes head to head with Tundu Lissu

Observers say Magufuli's grip on power has already tipped the election in his favor due to the harassment of opposition candidates like Lissu as well as government bans on opposition parties holding public events.

Ravina Shamdasani of the UN's Office of the High Commissioner for Human Rights (OHCHR) said: "We have been following with concern the shrinking of democratic space in the country, with worrying reports of intimidation, harassment, arbitrary arrests and physical attacks against political opponents."

In the past, Zanzibar's security forces killed at least 35 people and injured more than 600 putting down protests against suspected election fraud in 2001. Violent clashes came again during the 2005 elections and in 2015 elections were cancelled outright by the head of the country's electoral commission.

The opposition boycotted a repeat election in 2016, handing victory to CCM.