Taking High Culture Literally | News and current affairs from Germany and around the world | DW | 26.08.2005

A Berlin opera house is encouraging audience members to smoke joints during performances of its coming production "The Oriental Princess" to enhance the psychedelic experience of Saint-Saens' drug opera. 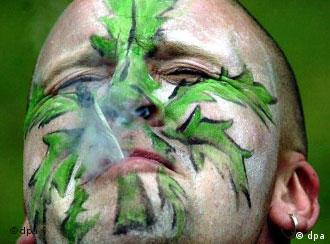 Sorted for a night at the opera

While it's not unusual for critics to suggest the imbibing of illicit substances to make atrocious artistic performances and events more bearable, it is less usual for the producers of a theatrical piece to promote drug use in a bid to enhance the audience's enjoyment of their show.

But this is exactly what the artistic director of the Neuköllner Opera House in Berlin is doing. Bernhard Glocksin is encouraging members of the audience to smoke joints while taking in performances of "La Princesse Jaune (The Oriental Princess)", the one-act druggy opera by Camille Saint-Saens.

The opera tells the story of Kornélis, a man in love with a portrait of a Japanese princess. Under the sway of a hallucinogenic potion which he believes will unite him with the object of his infatuation, he confuses the portrait with his own fiancée.

His increasingly long trips into a psychedelic version of Japan within his own imagination eventually prevent Kornélis from distinguishing between fantasy and reality as he slips further away from his real life love.

In an attempt to create that far-out feeling, the actors themselves will also smoke pot onstage while the audience mellow out in the stalls. 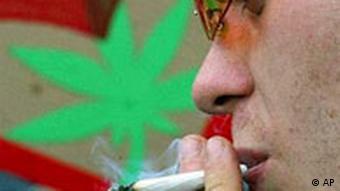 Glocksin maintains that the opera experience will be "improved with a few joints" while the opera house asserts that artistic license will protect it from drug laws.

"It’s a test to see just what we can get away with," Glocksin said.

According to German drug laws, however, the opera may be taking a step too far in blurring the lines between art and life.

Drug laws concerning cannabis in Germany vary from state to state and a fine or referral for prosecution can be administered for personal possession of anything from six to 30 grams. In Berlin, anything up to 10 grams is considered to be "for personal use" and will often be overlooked.

Smoking dope in public places, however, can be interpreted by law as an offense against the German constitution and is therefore a punishable act.

As Germany does not carry laws like those in neighboring Holland which permit establishments with special licenses to sell and allow cannabis to be used on the premises, a location allowing drug consumption on-site would be breaking the law.

Enforcement of these laws on opening night may make the first performance of "La Princesse Jaune" even more surreal.

"La Princesse Jaune (The Oriental Princess)" by Camille Saint-Saens opens at the Neuköllner Oper on Sept. 15.

Barbarella -- buxom and barely clad -- has returned to save the oppressed from the evil Black Queen. A stage version in Vienna of the '60s cult film starring Jane Fonda is introducing a new generation to space kitsch. (March 15, 2004)

Police in Hamburg are investigating a Spanish theater group for displays of pornographic sex and bestiality in a controversial play which premiered in the city last week. (Aug. 24, 2004)

Information on coming shows at the Neuköllner Opera House.