Europe’s only skeleton of a Tyrannosaurus Rex went on show in mid December in Berlin’s Naturkunde museum for natural history. The exhibit has attracted so many visitors admittance had to be limited at certain times. 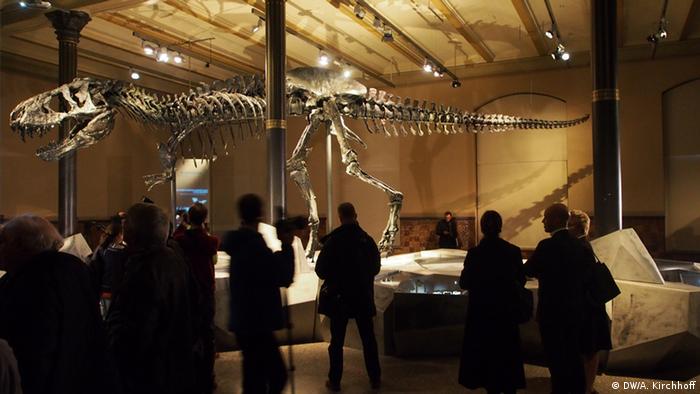 The twelve meter long original skeleton has led to increased numbers of visitors and long queues, especially over the Christmas period. In December the museum responded by opening on Mondays. Some 542,000 people visited the museum in 2015 as opposed to 463,000 in 2014.

The skeleton, called Tristan, is 66 million years old. On loan by a collector, it is one of the largest and most intact T-Rex skeletons in existence worldwide. It is due to remain at the museum for at least three years and will be available to experts for further research during that period.