Syria′s Muslim Brotherhood waiting in the wings | World | Breaking news and perspectives from around the globe | DW | 30.07.2012

The fighting between the Syrian regime and rebels is intensifying. Observers say it is only a matter of time before President Bashar Assad loses his iron grip on power. But who will take over at the helm? 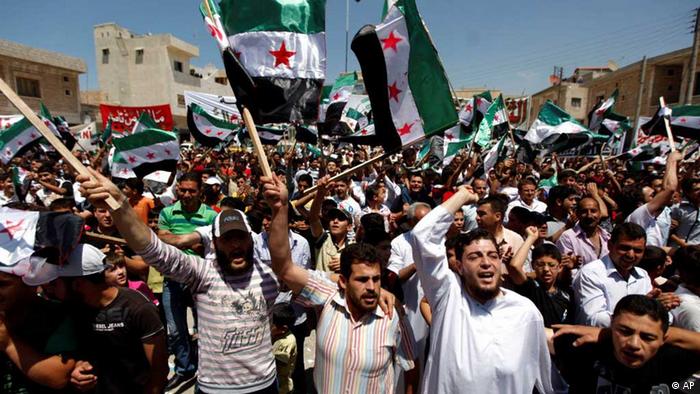 Syrian government forces and rebels are both claiming victory in key areas of the major commercial hub Aleppo. As fierce fighting in the northern Syrian city continued, US Defense Secretary Leon Panetta said the attacks on Aleppo were evidence that President Bashar Assad lacked the legitimacy to rule.

"If they continue this kind of tragic attack on their own people in Aleppo, I think it ultimately will be a nail in Assad's own coffin," Panetta said, speaking to reporters at the start of a weeklong trip to the Middle East and North Africa.

Many observers think the more than 16-month uprising reached a turning point when a bomb struck at the core of Assad's high command on July 18, killing several members of the regime elite including the defense minister and Assad's brother-in-law. Jane Kinninmont, Senior Research Fellow at Chatham House in London and an expert on opposition movements in the Arab world, said things could be over quicker than originally thought.

"It's anybody's guess, but the acceleration of violence since those members of the regime were killed indicates that it's a matter of months, not years," Kinninmont told DW.

Should the Syrian regime be toppled, the question arises who will fill the power vacuum left behind? The Syrian National Council (SNC) has acted as the international face of the revolution. But the organization has been unable to unite the various disparate rebel factions under one umbrella. The SNC secretariat convened in Qatar last week to try to agree on a transitional leadership should Assad's regime fall - but no decisions were made.

A major force being closely observed is Syria's Muslim Brotherhood. It holds the largest number of seats in the SNC and controls its relief committee - and thereby the distribution of SNC funds in Syria. The movement said it was ready for the post-Assad era.

"We have plans for the economy, the courts, politics," the Brotherhood's spokesman Mulhem al-Droubi told news agency AFP earlier this month. The group has stressed its moderate stance, saying it was committed to setting up a multi-party democracy if Assad was toppled. 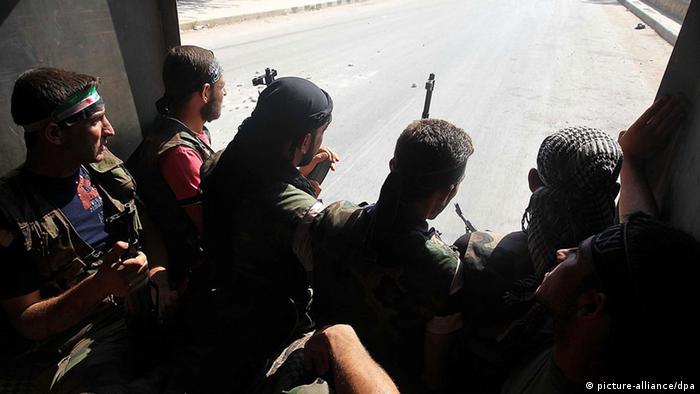 Fighters in Aleppo, Syria's second largest city, believe they are destined to win within weeks

Though the Muslim Brotherhood has reemerged as a major political force since the turmoil in Syria began in March 2011, no one can say for certain just how popular it is within the country, said Syria expert Thomas Pierret.

"You can't reconstruct a popular base within a year's time - from abroad," said Pierret, a lecturer in contemporary Islam at the University of Edinburgh and author of the upcoming book "Religion and State in Syria."

"This is a movement in exile that has not had any activity within Syria for over 30 years," Pierret told DW "It is difficult to prove how powerful they are since they have been operating underground."

The Muslim Brotherhood was founded in Egypt in 1928 and branched into Syria in the 1940s. Originally part of the legal opposition, it was banned in 1963 when the Baath party took over office. Bashar Assad's father Hafez crushed an armed insurgency led by the Brotherhood in Hama in 1982, completely destroying the movement. Only a few members were able to flee and rebuild the group in exile.

Kinninmont said the stakes were high in Syria, as powers in the region were intent on following their own interests. Saudi Arabia, for example, is a key financial backer of the rebellion. It has given refuge to General Manaf Tlass, who defected in early July. He was a commander in the powerful Republican Guard and formerly a close confidant of the Assad's. Tlass said last week he would work to unite the opposition. 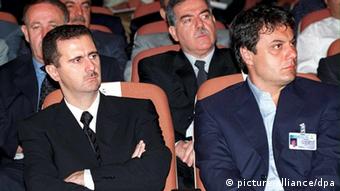 General Tlass, seen here with Assad in 2000, was the highest ranking officer to abandon the regime

"Saudi Arabia doesn't want the Muslim Brotherhood in power," Pierret said. "They are promoting General Tlass in the media as the man with the roadmap. Saudi Arabia wants stability and sees a military leadership achieving that." A man like Tlass could head an Egyptian-style supreme military council that could keep the Syrian armed forces intact and loyal.

Western powers, meanwhile, have been unable to end the impasse at the UN over the Syrian crisis. Both Russia and China have been blocking efforts to put more pressure on Assad.

Russia, which sells arms and makes use of a naval maintenance facility in Syria, has said its rejection of sanctions was not driven by support for Assad but rather by a conviction that Syrians must decide their own fate and opposition to military intervention. But without Russia's support, diplomatic efforts would not succeed, said Kinninmont.

"The West has limited options in Syria, and Russia is one of the key players," she said. There had been talks of a Yemen-style transfer of power in which Assad would voluntarily step down and Russia could put forward his successor. "Maybe that's an alternative."

Whatever future political composition evolves in Syria, it will most likely include various groups, including the Muslim Brotherhood.

"It would be very difficult - if not impossible - to exclude them from any future arrangement," Pierret said. "The SNC has a place, so the Muslim Brotherhood has a place. They're very ambitious but face many obstacles and rivals in the Islamic scene."

Kinninmont pointed out that there was no guarantee for success, as the example of Libya showed - where everyone thought Islamist groups would win and they didn't. In addition, even in countries where the Muslim Brotherhood had a strong following, it still didn't win an outright majority.

"If elections were to take place, you would most likely see a coalition government which would need to include factions from religious minorities," she said. In addition, she said, it was important to recognize that Syria has a strong secular culture, especially in Damascus and Aleppo.

Power could also be dispersed across the country, said Lebanese political scientist Ohannes Geukjian from the American University of Beirut. In an interview with the German daily Badische Zeitung, he said this could evolve along the lines of Iraq's structure, with an autonomous Kurdish region, and Alawite regions along the Mediterranean coast.

"There is frustration in Syria with the level of centralization of power in the hands of a few corrupt people," Kinninmont said. "I could imagine fiefdoms controlled by different groups, with Assad possibly in control of a rump state only."

Such a model, however, would open up an entirely new can of worms: international recognition. Western, Arab and Russian interests would most certainly clash on that point, as well.

The Syrian conflict has shifted allegiances in the Middle East and forced members of the international community to take a stance. DW takes a close look at Syria's friends and foes around the world. (28.07.2012)

It seems the days of Assad's government are numbered. Though it remains uncertain what will follow it, the legacy of the dictatorship will carry a heavy burden, and continued violence seems probable. (24.07.2012)

Opposition draws on many groups to fight Assad

Revolution has rocked Syria for more than a year, but where is the struggle heading? DW takes a look at the opposition groups' makeup and goals as the deadly confict continues. (21.07.2012)