Chemical weapons come in gas or liquid form. They are produced with the express purpose of injuring or killing people. Syria is thought to have access to several types of these weapons of mass destruction. 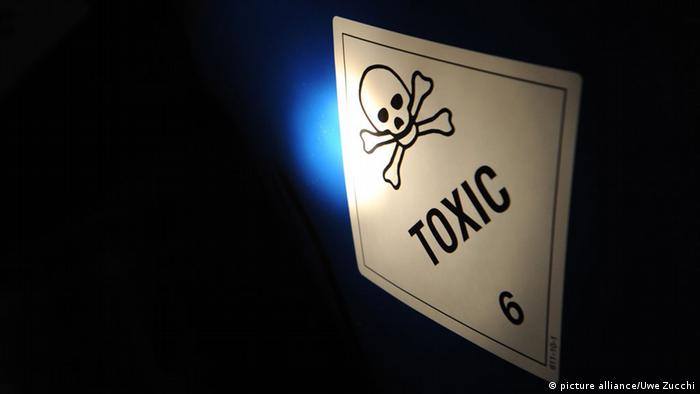 German chemists including Gerhard Schrader first concocted sarin in 1938. It was originally supposed to be employed as a pesticide, to kill harmful insects. Today, sarin is considered the most treacherous of nerve poisons. Chemically similar in structure to the other nerve agents tabun and VX, sarin in its liquid form is colorless and odorless, and due to its high volatility can easily become a gas. It also degrades quickly into harmless compounds.

Even tiny amounts of sarin can be deadly. A gas mask and whole-body suit can provide protection to humans, for about half an hour, as the gas is also absorbed through the eyes and skin. It causes nerve impulses to be transmitted continuously, which results in nasal discharge, tears to flow from the eyes, muscle cramps, and eventually death by suffocation.

Schrader also discovered the nerve agent tabun, in 1936. During World War II, bombs were filled with the chemical weapon - though they were never deployed. In its liquid form, tabun smells somewhat fruity, like bitter almonds. The gas is absorbed through contact with the skin and by inhaling. Its effects and symptoms are similar to that of sarin.

Like sarin, VX was originally developed as a pesticide. But the British chemists who discovered it quickly realized that it was far too dangerous for agricultural use. This deadliness, however, assured its future as a chemical weapon.

VX has a similar toxic effect to sarin and tabun, while being far more stable and many times more poisonous. Due to its stability, VX sticks to the skin, clothing and other objects for a far longer period of time, and also has a longer shelf-life. VX has a somewhat oily consistency.

Experiments had been conducted with mustard gas before World War I, when it was first used in battle. German chemists Wilhelm Lommel and Wilhelm Steinkopin had suggested its use as a weapon in 1916. Unlike other substances used as a chemical weapon, mustard gas is not officially classified as a weapon of mass destruction.

Mustard gas penetrates clothing to become absorbed by the skin, with effects first showing about 24 hours after contact. Mustard gas causes skin redness and blisters, and the skin eventually peels off its victims. Inhaling the vapors of the poisonous gas can also be deadly, as it destroys lung tissue.