Delegates of the Syrian government have threatened to leave the Geneva 2 peace conference if the regime and the opposition fail to hold a "serious session" by Saturday. Both sides have yet to meet one-on-one. 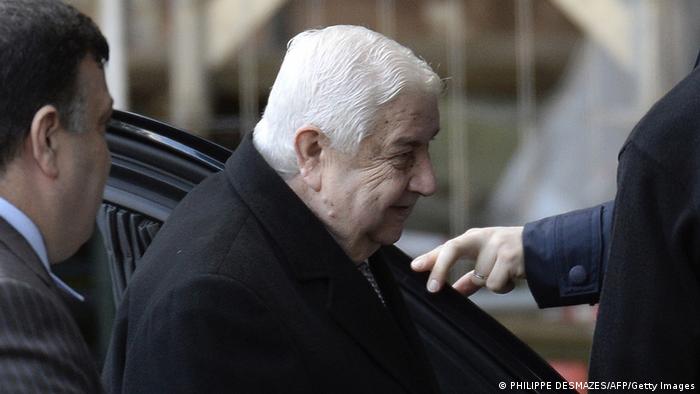 Geneva 2 peace talks were on the verge of falling apart on Friday after the opposition refused to meet with President Bashar al-Assad's delegation and the government threatened to leave the talks.

Syrian state television said that Foreign Minister Walid al-Moallem told UN-Arab league peace envoy Lakhdar Brahimi in a private meeting that if "serious talks don't begin Saturday, the official Syrian delegation will have to leave because the other party is not serious or ready."

Brahimi began meeting with the opposition in the early evening in a bid to further negotiations between the warring sides.

Both parties have gathered, along with delegates from 40 other nations, for the Geneva 2 conference to find a political solution to end Syria's three-year-long civil war. However, there has been a struggle to get talks off the ground with both sides refusing to budge on key issues.

The main contention between the two has been the fate of President Assad and his role in a transitional government.

The opposition has said discussing a transitional government without Assad is "the only topic for us." However, the regime has said Assad will not step down.

UN officials had hoped both sides would sit down together on Friday, but the plans were scrapped when the head of the opposition's chief of staff said the delegation was simply not yet prepared to meet directly with the regime.

"Everyone knows that these are proximity negotiations," said the aide, Monzer Akbik. "And for the time being, that's the way it is going to be."

The talks seek to build on an agreement reached at a previous international meeting held in Geneva in 2012. However, the deal fell apart after both sides failed to adhere to a ceasefire.

According to the UN, more than 2.4 million Syrians have fled the country since fighting began, with more than 6.5 million internally displaced.

The pro-opposition watchdog group, the Syrian Observatory for Human Rights, has said the war has claimed 130,000 lives.