The Organization for the Prevention of Chemical Weapons has said samples show a high probability that chlorine gas was used in an attack in Syria. It did not say who had used the banned weapons. 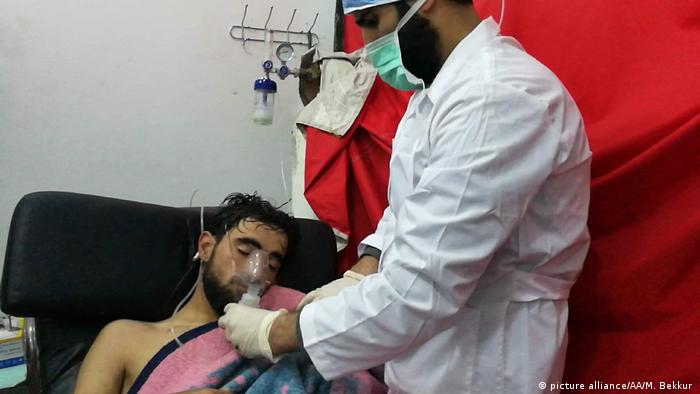 Chlorine gas "was likely used as a chemical weapon" in an attack in the northern Syrian town of Saraqeb in February, the global chemical weapons watchdog said on Wednesday.

But the Organization for the Prevention of Chemical Weapons (OPCW) did not, in line with its mandate, say who was responsible for using the banned gas on February 4.

How the OPCW made its conclusion:

In a statement, the watchdog said:

OPCW Director-General Ahmet Uzumcu said: “I strongly condemn the use of toxic chemicals as weapons by anyone, for any reason, and in any circumstances. Such acts contradict the unequivocal prohibition against chemical weapons enshrined in the Chemical Weapons Convention.”

Attack: The Syrian Observatory for Human Rights, a UK-based war monitor, reported government airstrikes on rebel-held Saraqeb on February 4, adding 11 people had to be treated for breathing difficulties after the attack. Aid organizations later said they had treated people for symptoms of chlorine gas poisoning.

Douma probe ongoing: Another OPCW investigative team is currently assessing evidence from the Syrian town of Douma to determine whether an April 7 attack that left 40 dead used chlorine and sarin gas.