A vintage Ju-52 aircraft with 20 people aboard went down during a sightseeing flight in the Alps, Swiss officials said. Hours before the incident, a family of four was killed when their small plane crashed near Lucerne. 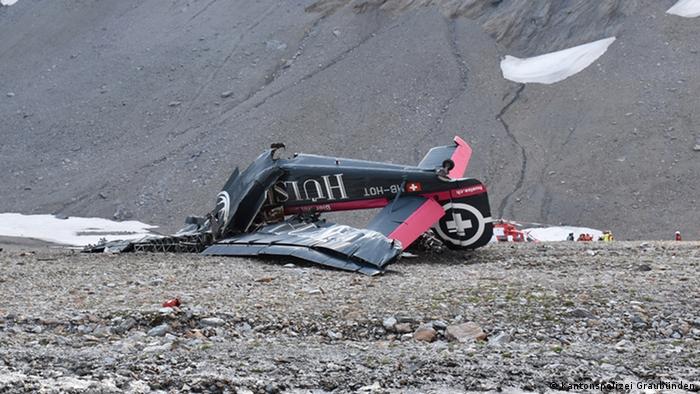 All 20 people abroad a German-made Ju-52 plane were killed when the WWII-era aircraft crashed in the Alps, Swiss authorities said on Sunday.

"The police have the sad certainty that the 20 people aboard perished," police spokeswoman Anita Senti told a news conference.

The plane was built in 1939 and can carry up to 17 passengers and three crew members. It was flying a group of 14 Swiss nationals and a three-member family from Austria on a sightseeing tour for the company JU-AIR.

Police said the plane hit the western side of the mountain Piz Segna (top picture) at about 2,540 meters (8,333 feet) above sea level on Saturday. No reason for the crash has so far been given.

Five helicopters have been deployed for the rescue.

On Sunday, Swiss officials said they were unaware that any distress call had been sent out from the plane, and said they expected the investigation into the cause to be "relatively complex."

'Age of the plane has nothing to do with flight safety'

The plane appears to have hit the ground near-vertically and at a "relatively high speed," according to Daniel Knecht of the Swiss Transportation Safety Investigation Board. Knecht also said the 79-year-old plane was most likely not equipped with crash-resistant data recorders that more modern aircraft have.

"Basically, the age of the plane has nothing to do with flight safety, as long the aircraft is properly maintained," Knecht was quoted by Switzerland's Blick.ch as saying.

The company JU-AIR had bought three of the vintage Junkers propeller aircraft, which are known affectionately in German as "Auntie Ju" planes. They were produced in Germany between 1932 and 1952, serving both as passenger and military planes.

A JU-AIR representative stated that the destroyed plane was maintained regularly and had no technical issues. 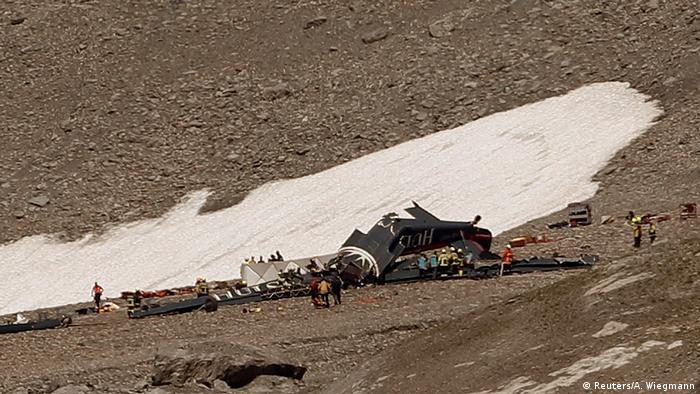 Each of the pilots flying it had over 30 years of experience in both the military and civilian sector. The company "still cannot explain" the incident, they said, pledging to support the official investigation. JU-AIR also suspended flights with the remaining two Ju-52s until further notice.

Earlier on Saturday, a small plane carrying a family of four, including two young children, crashed near the town of Hergiswil, some 10 kilometers (6.2 miles) south of Lucerne in central Switzerland.

Police said all onboard were killed in the crash. The plane had been headed to France.

Swiss media have been citing plane experts' speculations that the current heat wave may have contributed to the crashes. The heat makes air thinner, increasing the burden on the aircraft.