Voters in Switzerland have rejected a proposal to extend the country's mandatory annual leave from four to six weeks. Geneva residents also approved tougher rules on protests, in one of several other referenda on Sunday. 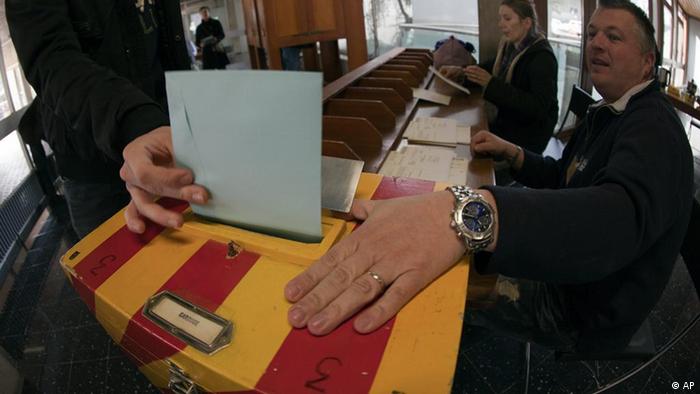 Swiss citizens voted by a large majority on Sunday to reject a call for the country's mandatory annual leave to be extended.

Final results revealed that 66.5 per cent of voters were opposed to the plan, with 33.5 per cent voting in favor. The Swiss Federal Chancellery in Berne said that turnout for the referendum was 45 percent.

Welcoming the result, the Swiss Employers' Association (SBA) said voters had realized that "something which sounds nice at first, on closer look brings many disadvantages." 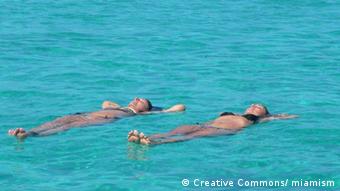 The proposed change could have added 6 billion Swiss francs (5 billion euros, $6.52 billion) to employers' labor costs, according to the Swiss Union of Arts and Crafts (SGV), which represents around 300,000 businesses.

"In rejecting the initiative, citizens have kept a sense of reality," said SGV director Hans-Ulrich Bigler.

Swiss trade union group Travail.Suisse, which had argued that more holidays were necessary at a time of rising workplace stress, expressed disappointment.

However, president of the union Martin Flügel said he was "proud to have raised the theme of overwork" after the union collected 125,000 signatures to force the referendum.

A separate referendum took place in Geneva, where voters gave their approval for tighter restrictions on demonstrations. The new rules allow for steep fines of up to 100,000 francs on protesters who fail to obtain prior permission for protests or refuse to adhere to established rules.

The measures were approved by nearly 55 percent of voters, with more than 90 percent of ballots counted.

Switzerland - The land of opportunity?

The number of Germans moving to Switzerland each year has been rising ever since the small, landlocked country decided to sign the Schengen Agreement in 2005. What motivates these job seekers? And how are they received? (20.06.2011)

The amendments, backed by the regional cantonal government, also allow authorities to require changes to demonstration itineraries if they posed "disproportionate risks."

Under its direct democracy system, Switzerland allows any citizen to propose a vote if 100,000 eligible voters sign in favor of the cause over the course of 18 months.

In other votes, a nationwide proposal to limit the number of second homes in resort towns narrowly passed with just over 50 percent.

Voters across the country also opted for profits from Swiss lotteries to be used to pay for social and cultural projects, while residents of Zurich voted for the building of dedicated venues for prostitution.