Swiss competition authorities have said they've opened an probe into whether a number of banks had been involved in the illegal fixing of precious metals prices. Deutsche Bank is among the scrutinized lenders. 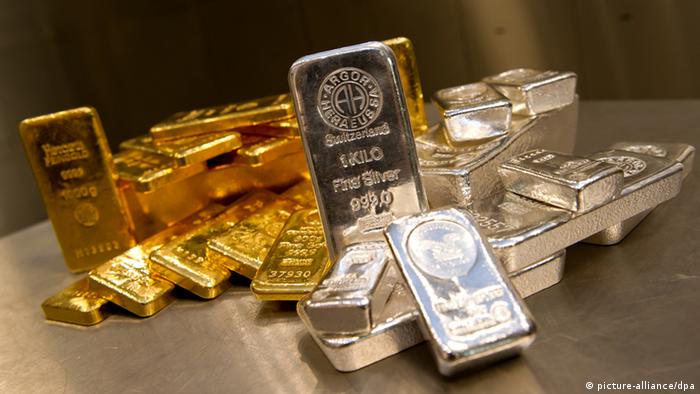 Swiss regulators announced a probe on Monday into whether a group of large banks had fixed prices in the lucrative precious metals market.

The nation's Competition Commission (COMCO) "has opened an investigation against two Swiss banks - UBS and Julius Baer – as well as against the foreign financial institutions Deutsche Bank, HSBC, Barclays, Morgan Stanley and Mitsui," regulators said in a statement.

The competition watchdog noted it had indications that the lenders in question had "possibly concluded illegal [price-fixing] deals within the precious metals market.

The market involves trading in gold, silver, platinum and palladium.

Regulators indicated the probe was specifically meant to clarify whether banks had illegally agreed on so-called spreads, marking the difference in bid and offer prices.

UBS, Deutsche Bank, Morgan Stanley and HSBC refused to comment on the current probe, while Julius Baer said through a spokesperson it was cooperating with investigators.

Deutsche Bank was no longer active in the precious metals trading market, while UBS had remained a major player, Reuters reported.

The Competition Commission said investigations would possibly be concluded on 2016, but no later than 2017.