A small hotel in the Swiss Alps is facing a barrage of criticism after it put up a sign asking "Jewish guests" to shower before swimming in the hotel pool. Israel described it as "an anti-Semitic act" of the worst kind. 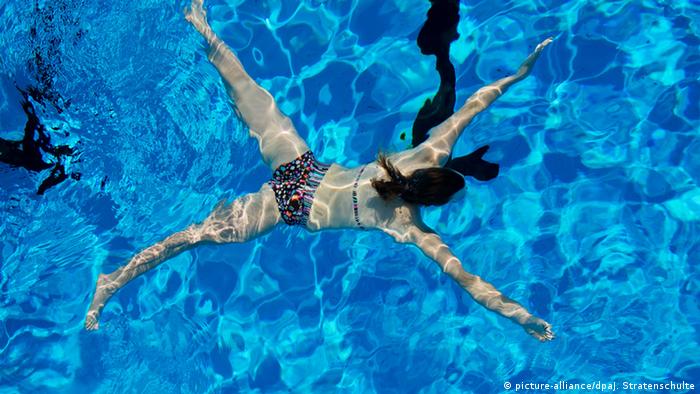 The Paradies apartment hotel in the eastern Alpine village of Arosa became the target of a fierce backlash Tuesday after an outraged guest published a photo of the sign on social media.

"To our Jewish Guests," the notice read. "Please take a shower before you go swimming. If you break the rules, I'm forced to (close) the swimming pool for you. Thank you for understanding."

The photo went viral and was widely covered by the Israeli media.

The response from Israeli officials was swift. Israel's Deputy Foreign Minister Tzipi Hotovely called for "justice" and denounced the incident as "an anti-Semitic act of the worst and ugliest kind."

Meanwhile, Israel's ambassador to Switzerland, Jacob Keidar, demanded "a formal condemnation" from the Swiss government. The Swiss foreign ministry said it had been in contact with the envoy and "outlined to him that Switzerland condemns racism, anti-Semitism and discrimination in any form."

Switzerland's tourism office voiced deep regret over the "unfortunate" incident. It said the hotel had apologized and taken the sign down. 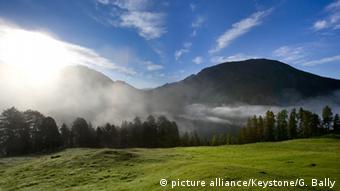 The Swiss Alps are a popular destination for Jewish travelers, according to the tourism office

Paradies manager Ruth Thomann told Swiss media that her "choice of words was a mistake" but insisted she was no anti-Semite.

In an interview with the Blick daily newspaper, she said the hotel had many Jewish clients and that other guests had complained that some of them had not showered before using the pool.

"I wrote something naive on that poster," she was quoted as saying, admitting that it would have been preferable to address all guests instead of singling out one group.

The US-based Simon Wiesenthal Center, a prominent Jewish rights group, has called for further action to be taken against the hotel. In a letter published Tuesday, it demanded the "hotel of hate" be closed down and its management penalized. It also urged "the broader Jewish community and their Gentile friends to blacklist this horrific hotel."

The center's head of international relations Shimon Samuels pointed out that "the reference to 'showers' can be construed as a patently vicious reference to the fake shower (heads) in the gas chambers."

A number of Alpine villages in the region have become increasingly popular holiday destinations for ultra-orthodox Jews because many hotels there serve kosher food and are accommodating to their needs, according to Swiss Tourism spokesman Markus Berger.

Jewish guests "feel well-treated" there, he said, adding that while the sign scandal was "unacceptable," it was important to remember "it's just this one lady at this one hotel who was not on top of the situation."

"It always needs to stay in perspective: This is one unfortunate incident."