A Swedish journalist taken captive by Syrian government forces near the Turkish border has reportedly been freed. Joakim Medin was seized one week ago while working in the Syrian town of Qamishli. 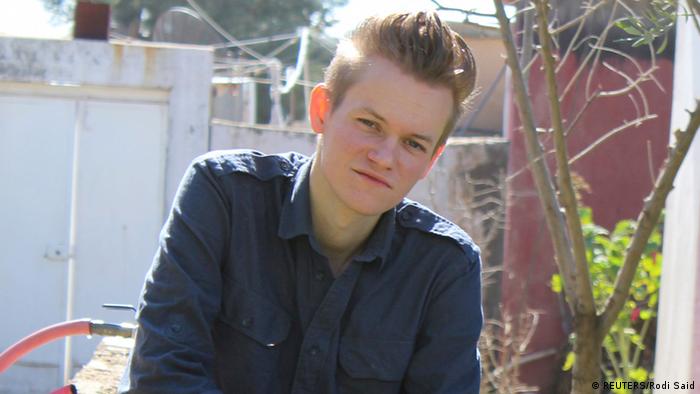 The Swedish tabloid Expressen reported on Sunday that freelance journalist Joakim Medin had been released after a weeklong detention by Syrian government forces.

The 30-year-old said in an interview with the newspaper that he had been taken, along with his Kurdish interpreter Sabri Omar, at a roadblock in the Kurdish town of Qamishli close to areas controlled by "Islamic State" (IS) militants. Both were reportedly released late on Saturday.

"I was taken by the regime," Medin told Expressen by telephone from Qamishli, adding that he was held in solitary confinement in a tiny cold dark cell "full of dirt and blood."

Medin said he was not subjected to violence but was interrogated by Syrian soldiers about his links to the Kurds, Turkey and Israel.

"I was there to report on the situation and hadn't entered the country the official way via the Syrian government," he said.

Medin has worked for Swedish media in Kurdish areas of Syria since 2014. For some time he reported from the Syrian border town of Kobani, which was the scene of more than four months of fighting between IS and Kurdish forces, before the militant extremists were driven out in January.

In December, Medin was arrested by Turkish border guards and interrogated for illegally entering the country from Kobani.

Kurdish YPG forces have captured more territory surrounding Kobani that had been taken by "Islamic State" terrorists. The jihadists' force in the area is collapsing, said the YPG. (02.02.2015)

US journalist 'freed' by Syrian kidnappers

A US journalist held captive by militants in Syria has reportedly been freed. The release of Peter Theo Curtis was arranged through Qatari mediation. (24.08.2014)

Rights organizations have called for the release of four Syrian activists kidnapped in Damascus last year. No one ever claimed responsibility for their abduction, and they haven't been heard of since the kidnapping. (09.12.2014)