Sweden: Several injured after explosion at apartment buildings in Linkoping

An explosion at two apartment buildings in the Swedish city of Linkoping has left several injured. The blast shattered windows and destroyed balconies. 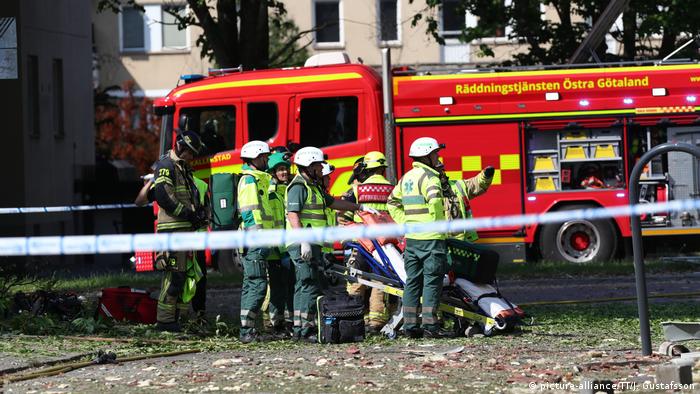 At least 25 people were injured in an explosion that damaged two adjacent apartment buildings in the southern Swedish city of Linkoping on Friday, police said.

The explosion blew out windows and destroyed balconies in the buildings in the central city, about 175 kilometers (108 miles) southwest of Stockholm. One of the buildings had five stories, while the other had four.

Police said a bomb squad had been deployed to the area after the blast, which occurred shortly after 0700 UTC, and a criminal investigation had been opened.

"Many people called in about a very powerful explosion which has led to a large number of windows being blown out," police spokesman Bjorn Oberg said.

"So far we have been able to confirm that there are a number of people with light injuries. We have cordoned off a large area, several blocks," he said.

Oberg said he could not provide information about what might have caused the blast.

Police spokeswoman Asa Willsund said there was no indication that the blast was an act of terrorism.

"There is nothing that indicates that this incident is terror-related, we do not see that," Willsund said.

"We think that it occurred outside," she said of the explosion. "We estimate that there are 25 people with minor injuries — no serious injuries or deaths." 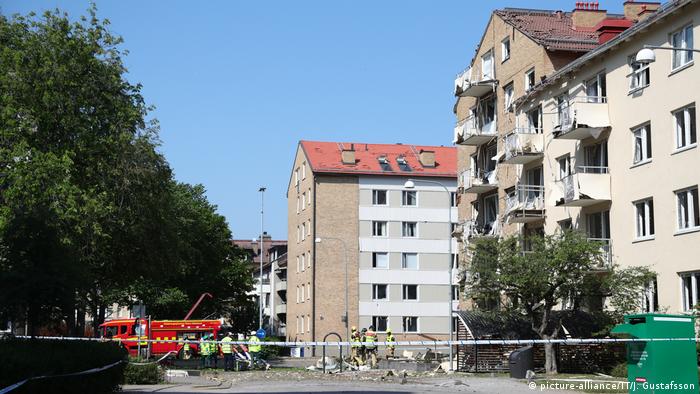 Regional authorities said in a statement that Linkoping University, as well as other medical facilities in the area, had been called in to help care for the injured.

"The hospitals are in this way preparing to receive a larger number of injured should that prove to be necessary," it said.

Several blocks around the area had been cordoned off, but there were no plans to evacuate residents, police said.

The cause of the blast was not immediately known.

An explosion at a market in Armenia's capital Yerevan has killed at least one person. Dozens more were injured in the blast at a fireworks depot.

An explosion at a market in the Armenian capital, Yerevan, has killed at least 15 people and injured dozens more. The initial blast sparked a fire.