Three attempts in the past year have paid off for a newly recognized religion in Sweden that views information as holy and copying as a sacrament. Its leaders have previous ties to the Pirate Party Sweden. 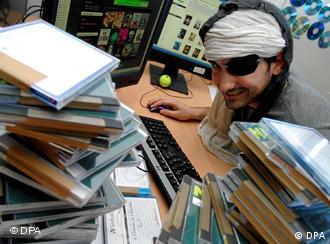 Kopimists say that it is holy to copy and remix information

A file-sharing group known as the Church of Kopimism has received official recognition from Sweden as a spiritual organization, it announced on Thursday.

In late December 2011, the Kammarkollegiet, or the Financial and Administrative Services, the public Swedish organization that deals with recognizing businesses and other tax entities, officially recognized the group. In Sweden, this government institution can allow recognized groups - which includes mainstream religions, as well as Norse pagans - to file for applications for state funding and to marry couples.

According to the Gagens Nyheter, Bertil Kallner of Sweden's Financial and Administrative Services said that a religious community could "basically be anything."

"What's important is that it is a community for religious activities," he added. 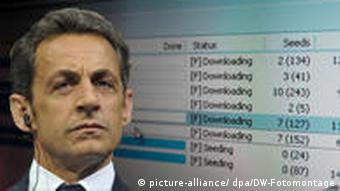 Many leaders, most notably French President Nicolas Sarkozy, have gone after file-sharers

Sweden has been the home of a number of pro-file-sharing groups, including the controversial website, The Pirate Bay, and later, the Pirate Party, which now has two seats in the European Parliament. Pirate Parties in many other countries have sprung up, particularly in Europe. In late 2011, several members of the Pirate Party Germany surprisingly won seats in the Berlin state parliament.

"For the Church of Kopimism, information is holy and copying is a sacrament," the group said in an English-language statement posted on its website.

"Information holds a value, in itself and in what it contains, and the value multiplies through copying. Therefore, copying is central for the organization and its members."

Members have ties to the Pirate Party

Despite the new formal recognition, the group's website says it requires "no formal membership" to become a "kopimist." 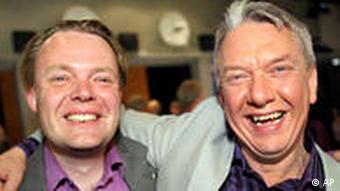 Falkvinge, left, founder of the Pirate Party, speculated that this may lead to immunity for file-sharers

"You just have to feel a calling to worship what is the holiest of the holiest, information and copy," the organization wrote on its website. "To do this, we organize kopyactings - religious services - where the kopimists share information with each other through copying and remix."

Powers of the confessional

Also on Thursday, Rick Falkvinge, the founder of the Pirate Party Sweden, wrote on his blog, that by recognizing file-sharing as a religion, this may be a way for people who download unauthorized digital copies to skirt the law. That's because, he argued, now Kopimist preachers "are defined as the ones facilitating holy copying (and remixing)."

"Translated to nerdspeak, that means the communications between operators of trackers/hubs and the people who partake in the sacrament of copying now carries confessional status, by and large making it illegal and impossible to collect as evidence in a trial," he wrote.

"That brings a whole boatload of interesting legal ramifications with regards to evidence collection trying to persecute the worshipers of holy copying and remixing, doesn't it?"

Tipnafilm.cz provides links to other sites to download unofficial digital copies. The new site, which exists in a legal grey area in the Czech Republic, has not yet had any response from the entertainment industry. (17.08.2011)

The party's head, Rick Falkvinge, says that he will resign, and now act as an ambassador-at-large for the party. After five years, the party, while still small, has had an outsized effect on European tech politics. (03.01.2011)