Swimming's governing body FINA has banned the use of high-tech 'super suits.' The swimsuits were responsible for a spate of world records but have been blamed for ruining the sport. 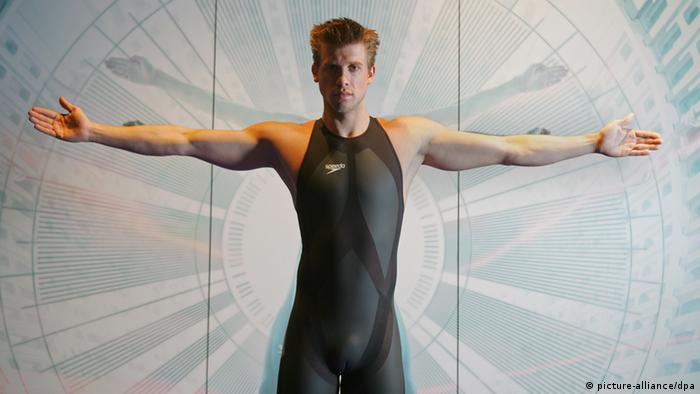 The use of high-tech suits made from plastic derivatives, such as polyurethane, has been the source of much debate in the swimming world. It was clear that they improved performance but many were wondering at what cost.

A number of swimmers have welcomed the news that swimming's governing body FINA has now banned the use of such suits, opting nstead for more traditional suits made of textiles. The proposal had been put forward by the United States and was supported by the overwhelming majority in a vote.

The German holder of the European 200 meter freestyle record, Paul Biedermann, also welcomed the news, but criticized the fact that the decision will not come into effect until 2010, which means the suits can continue to be used at the current world championships in Rome.

"Unfortunately this detracts from the achievements of the athletes in Rome because everything will be traced back to the suits," Biedermann said.

Performance-enhancing suits made from polyurethane are impermeable and give the swimmer added bouyancy.

The controversial suits made their first appearance in 2008 and, by the end of the year, over 100 new records had been set – an astonishing amount. One swimmer even went so far as to call the suits "technological doping."

German two-times Olympic champion Britta Steffen broke the 100 meter women's world record at the German championships last month while wearing one of the latest 'super suits' on the market, the Hydrafoil.

Following her performance, she criticized the new suit, saying it and others like it were destroying the sport.

"It's nice when human achievement and not science is in the foreground," Steffen said.

Former German swim star Michael Gross has entered the debate over streamline racing suits, which have led to a flood of world records, by calling on his sport to return to using basic equipment. (19.12.2008)