Successful in past, German AIDS research faces uncertain future | News and current affairs from Germany and around the world | DW | 21.07.2010

The HIV infection rate in Germany has been stabile for years and fewer people are dying each year. This is partly due to the work by German scientists - who have even managed to cure the disease in one man. 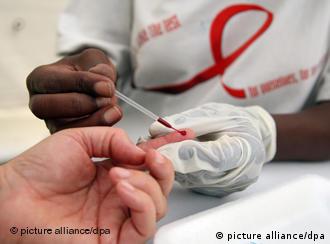 An estimated 33 million people are infected with HIV worldwide

Research into HIV and AIDS has been going full tilt for the past 25 years, and Germany has been on the forefront with Eckhard Thiel leading the way. Thiel, the director of the medical clinic for hematology and oncology at the Charite Hospital in Berlin, treated the first AIDS patient in Germany back in 1981. Then in 2009, he and his colleagues made headlines around the world when they announced they had cured a 42-year-old American of AIDS.

The patient had come to Charite in 2008, suffering from end-stage leukemia, a common cause of death for AIDS suffers. His only hope to cure the leukemia was a bone marrow transplant. The doctors discovered that among the 80 potential donors was one who possessed a genetic mutation that helps combat HIV. Around 3 percent of people of European descent have this mutation, which is located on the CCR5 receptor, and works by blocking HIV from entering cells and replicating.

Thiel and his team decided to see if, by transplanting this mutated bone marrow, they could knock out both the cancer and the HIV. 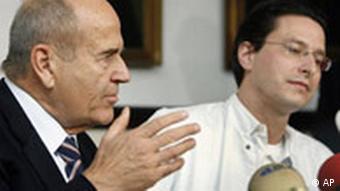 Their plan seems to have worked. Two years after the initial transplant the American still shows no sign of the virus in his blood. The doctors have postulated that even if they reintroduced HIV into his system, it wouldn't take.

However, this success seems to be a one of a kind; the procedure has never successfully been repeated. Thiel has been unable to find a donor with the CCR5 mutation for other patients suffering from HIV. It also hasn't become common practice because it requires the transplantation of bone marrow, a relatively dangerous procedure.

This case has given researchers all over the world important proof that there is hope in the fight against HIV/AIDS. It's possible that Thiel and his colleagues have put the world on the right track towards at least finding an effective vaccine against HIV. Though it's most likely that will never happen within Thiel's working life - he has announced his retirement starting next year.

Is there enough research money?

Despite these important advancements in the field, the optimism in German research circles has been damped recently. Many researchers have said they fear the federal government is going to cut investments in HIV research. Over the past few years the funds devoted to AIDS research have begun to shrink.

AIDS expert Oliver Moldenhauer with the German branch of Doctors without Borders has warned that there is discussion within the Federal Ministry for Economic Cooperation and Development to reduce the German contribution to the Global Fund to Fight AIDS, Tuberculosis and Malaria by one third - from a total of 600 million euros ($773 million) to 200 million over the next three years. 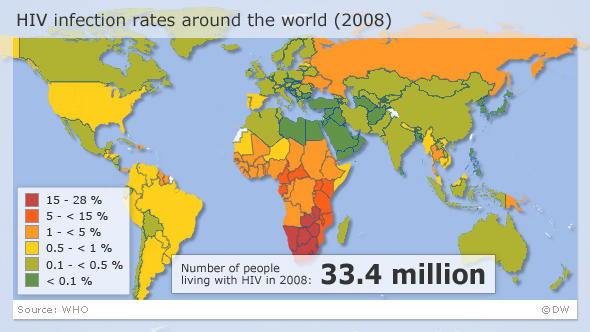 The funding reduction is partly in response to the financial crisis. But as new medications transform HIV/AIDS from a death sentence into a more treatable disease and those infected are able to live relatively normal lives, some believe the urgency of finding a cure for the disease is waning.

Of the roughly 2 million people who die each year of AIDS-related infections, less then 1,000 of them are German. At the end of 2009 there were some 67,000 people in Germany diagnosed with HIV or full-blown AIDS out of a population of almost 82 million.

Outside of sub-Saharan Africa, one third of HIV infections are connected with sharing drug needles, which is why many researchers have called for more public health programs like needle exchanges (20.07.2010)

Changes in behaviour among the young curbing HIV in some countries

UNAIDS reports that the rate of HIV infection among young people is dropping in many parts of the world, especially in sub-Saharan Africa. Eastern Europe and Central Asia still pose major challenges. (13.07.2010)