Submarine expeditions: ′There′s nothing even close to the Titanic′ | Science | In-depth reporting on science and technology | DW | 10.01.2019

Submarine expeditions: 'There's nothing even close to the Titanic'

US company OceanGate is launching submarine trips to the Titanic. OceanGate CEO Stockton Rush told DW about the idea behind the mission - and why participants won't have to worry about going to the bathroom onboard. 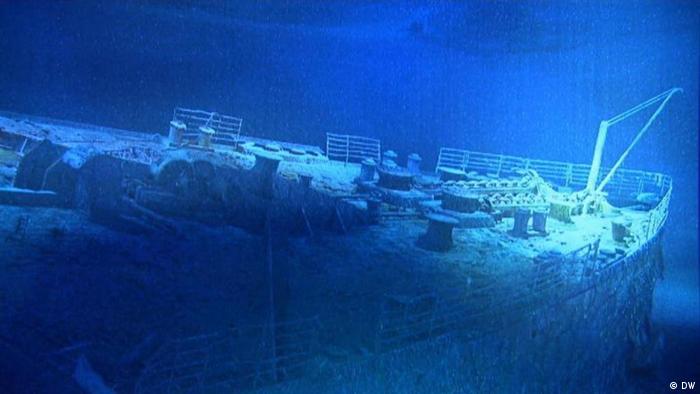 DW: How was the idea for the Titanic mission that will launch this summer conceived?

Stockton Rush: It started when we founded the business almost 10 years ago. The idea was that there was a great need for on-site, in-person research of different things underwater, from biological issues to shipwrecks. And there was also a large group of affluent travelers who wanted to do something different that had meaning, not just a fancy trip to Antarctica to see wildlife.

About three years ago I spoke with the folks who had taken the Russian Mir submersibles to go to the Titanic in 2005. And those folks said this this was something that there was huge demand for. There was also this outstanding question about how long the wreck would be around, since researchers had studied these bacteria that create rusticles that are eating the ship. Some researchers have come out recently and concluded that the ship was going to decay in a matter of decades. So there was this pressing need to document the world's most famous shipwreck, combined with a huge demand of people who wanted to go see it. It made perfect sense. We just had to make the submersible to get there.

Tell me about that submarine, "Titan." What is special about it?

Most of the submersibles that are out there are three-person or two-person submersibles. We realized that we had to have at least the capability for four people, which nobody did. The reason is you have to have a pilot and an expert, because having somebody who's passionate and knowledgeable about what you're looking at completely changes the nature of the dive. And then if you're going to take somebody to go see the Titanic it's going to be the most life changing experience for them. They won't want to do it alone.

Another bigger technical issue: Existing submersibles are made of metals, typically titanium or steel. They all weigh 25 or so tons and they're huge. The sub we built out of carbon fiber only weighs a little over ten tons, we have five people on it – three laypeople, a pilot and a researcher – and it's still relatively small, which means it can go faster. 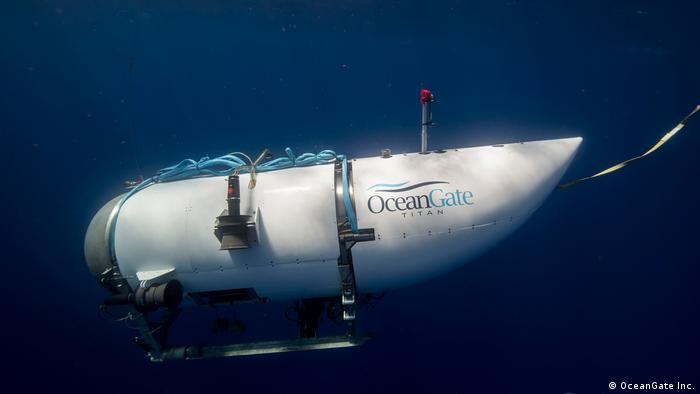 Stockton has taken the "Titan" submarine on a 4,000-meter-deep test dive to make sure the submersible is ready to go for the Titanic expedition

What will the researchers onboard be doing? What sort of information do you want to collect?

There's nautical archaeology, for example. We have a laser scanning system as well as 4K cameras. One area that hasn't really been reviewed is the debris field, which is about five square kilometers large. When a ship goes down, the heaviest thing like the hull and the boilers drop really fast. But other items like deck chairs or couches or people fall slower because they're not as heavy. Because of the current, they get pushed out. So there's this huge field where everything from personal effects to actual people ended up after they fell four kilometers through the water.

There's a lot to be discovered. A fairly moving thing is that you'll apparently see a lot of pairs of shoes, and the pair of shoes are where people were. The bodies have decayed but the shoes haven't. Some of these material decay questions are important for nautical archaeologists. And then just historical questions like what kind of glasses people had and what other artifacts they had.

Then there's the biological side. There are several hundred species, many types of bacteria, that have been found to be unique to the Titanic. They have developed over 100 years and there are things like hagfish and other deep sea invertebrates. I'm sure we will find new life forms when we're down there.

Why do this expedition now?

No human being has been to the Titanic in person in over 13 years. And it's been nine years since anybody has seen what her condition is. So we have no idea if sections of the hull have decayed and fallen away or if it's very similar to how it was in 2010. So I think it's important to go back there. The sooner the better. And our goal is to do it every year, so we don't have these long gaps in the assessment of the condition of the world's most famous shipwreck.

Is it true that the Titanic is actually decaying and that there might be nothing left of it in 20 years?

We'll be able to answer that question. It really is difficult. As far as I understand it, the idea that it will be gone in 20 years is based on an assessment of the amount of steel that the microbes down there can eat per day. But I don't think anyone really knows if that is a linear function or if it is like with most of these decay things – degradation sort of plateaus once the object has been encased in the bacteria. Nobody really knows the answer to that until you go down and actually get a snapshot with extreme accuracy on its current condition. Then when we go back year to year we'll be able to see that "Hey, the bow is now two millimeters smaller than it was last year!" We will be able to draw the curves and we can make a much better assessment as to how long the wreck will be there. But I don't think anybody doubts that it is decaying and that at some point it will be gone.

Why did you choose the Titanic for this expedition? There are hundreds if not thousands of wrecks out there and some are older or hold higher archaeological significance than this one. 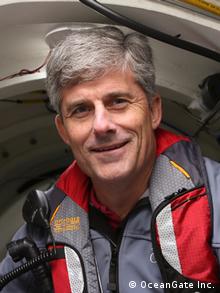 I was really looking at it from a business perspective: What will people want to do that has value doing? And there are wrecks that are more important than the Titanic and less surveyed than the Titanic, but there's nothing even close in awareness. Over the last nine years, everyone who's dove with us in our subs to other wrecks and other sites has said it was the most amazing thing they've ever done. But they didn't know that going in.

So from a business perspective you need that installed base of people who are more passionate than I am about the Titanic, and there's thousands of people who just live and breathe the Titanic because it's such an amazing story. You don't find that with the Bismarck.

Is there anything that I haven't asked you that you think people should definitely know about OceanGate's Titanic expedition?

Well there's one feature in our sub that everyone asks about, or they do eventually. They want to know how you go to the bathroom in the sub. The dives are ten to twelve hours long. I started to read people's blog posts about going to the Titanic with the Russians in a small three-person sub. You would think that there might be these posts with a lot of descriptions of how scared they were about being in this small pressured vessel very deep under the ocean. But the most common thing was "I was terrified that I might have to go to the bathroom."

Because the way you go to the bathroom on any other sub is they give you a cup and a skirt that you wrap around your waist. Then, while you're two inches away from your fellow travelers, you're supposed to go to the bathroom. People would starve themselves the day before. It's a big fear. But because our sub is carbon fiber and we have so much space, we actually have a bathroom that is bigger than most private jets'. You can put up a little curtain and you have some privacy. Most of our clients and I think even the researchers say that's a huge thing, because nobody really looks forward to the idea of sitting next to two strangers, shoulder to shoulder, while you go to the bathroom.

Stockton Rush is the CEO of OceanGate, a US company that is offering submarine trips and expertise for commercial and research purposes. Starting in June 2019, the company will send a submarine down to the Titanic for several dives a year. Tickets will cost around 105,000 dollars a piece.