A professional dancer in Stuttgart gave up a top position to found an innovative dance company with a social conscience. The troop makes its fresh approach to dance accessible to everyone - especially people in need. 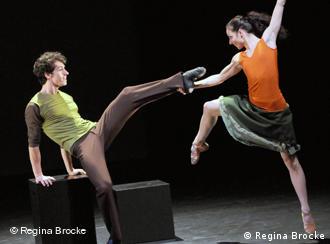 The company has a secret ingredient: charm

Canadian Eric Gauthier has a reputation in the city for unorthodox ways of doing things.

Many on the scene thought he was crazy to give up a prime post as soloist with the renowned Stuttgart Ballet and set up his own dance group, especially at a time when financial cuts have meant ballet companies all over the country are watching the last curtain come down. 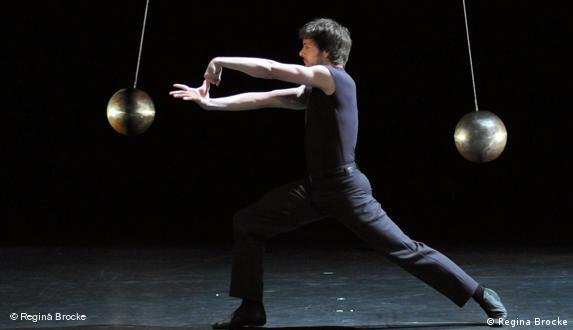 Gauthier, however, wanted to break with classical repertoire.

"Two hundred shows as Romeo are enough," he said, adding that dance lovers in Stuttgart could also do with a fresh approach to the art form.

Having persuaded the city's private Theaterhaus to give his idea a try, he recruited six young dancers, and Gauthier Dance was born. Over the past one-and-a-half seasons, the company has blurred the border between dance and theater, and the public has loved it. What started as an experiment has now established itself as Stuttgart's "other" dance company.

Their work is a blend of grace and slapstick, performed to music as diverse as Bach and Amy Winehouse. Its mix of pensive melancholy and sheer fun has attracted old and new dance fans alike.

As a dancer and particularly as a choreographer, Gauthier said he sees himself as a storyteller. He takes thumbnail sketches of life and weaves them into his works for the dance stage. Boy meets girl, yearning for home, jealousy, getting old - these are some of the subjects he deals with, all with a liberal dash of irony and humor.

His shows, however, are neither cabaret nor burlesque. They are performances danced by classically trained dancers who give the audience back a quality often missing in the world of modern dance - namely, charm. 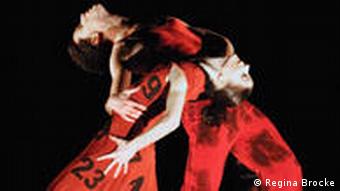 For the company, dance is not just a self-serving art, but also a vehicle to help people in need. For that purpose, Eric Gauthier has launched a community outreach program called "Gauthier Dance Mobil."

The son of a Canadian Alzheimer's specialist, Gauthier saw first-hand as a child how therapeutic the performing arts can be in reaching people locked in by illness.

When he started his company, he was determined to take dance into convalescent homes, children's hospitals and social centers - places where people need distraction from the everyday challenges of their illnesses. Many of them had never been exposed to dance as an art before.

While doing a show in a Luxemburg hospital, a woman who hadn't moved in years suddenly started swaying her arms in time with the dancers. The neurologist was astounded and Gauthier and his team were over the moon.

Now they have trouble keeping up with the demand for dance therapy.

Gauthier's sense of community not only drives his outreach, it also keeps him from raising ticket prices. Putting on an appealing, highly professional dance show is an expensive business, but Gauthier Dance are experts in cost cutting. 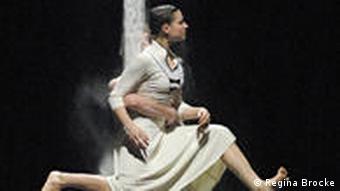 While no expense is spared on the lighting - a crucial element in a dance performance - sets are often recycled or non-existent. Costumes from previous shows may be retailored or spruced up with inexpensive additions.

"I keep the ticket prices very low because I want people to say, 'Shall we go to the cinema and see Nicole Kidman or go see Gauthier Dance?'" said Gauthier. "And they know that both things are going to be affordable and great fun."

Subscribe to free podcasts from the annual Beethovenfest Bonn and learn more about the legendary composer.