A sum the size of the United States and Japanese economies combined is being hidden in tax havens by the world's wealthiest individuals, a new study reveals. 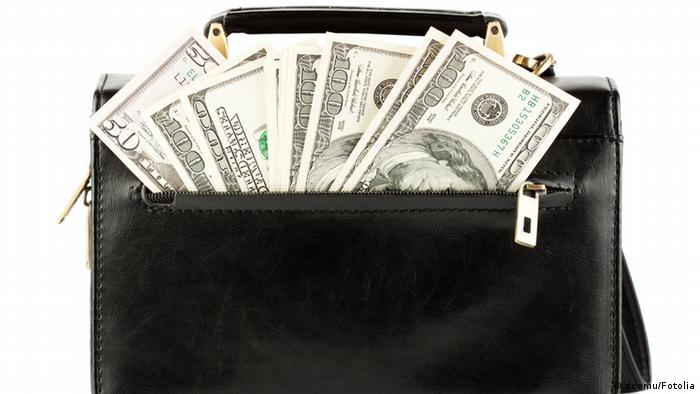 A major new study has revealed that at least $21 trillion (17 trillion euros) of unreported private financial wealth was being held by the world's super-rich in tax havens around the world at the end of 2010.

The study, entitled "The Price of Offshore Revisited" focused only on financial wealth rather than non-financial assets such as property, so the numbers are thought to be conservative.

"This new report focuses our attention on a huge 'black hole' in the world economy that has never before been measured - private offshore wealth, and the vast amounts of untaxed income that it produces," said Henry.

The study drew on data from the World Bank, the IMF, the United Nations, central banks, the Bank for International Settlements and national treasures.

In the face of daily headlines over financial bailouts and crises, the study is bound to raise questions over how to access such undisclosed wealth and eliminate tax evasion.

"This at a time when governments around the world are starved for resources, and we are more conscious than ever of the costs of economic inequality," Henry said.

The economist went on to explain that this huge loss of tax revenue could make a profound difference on the finances of many countries, especially in the developing world.

"Indeed, once we take these hidden offshore assets and the earnings they produce into account," Henry explained, "many erstwhile 'debtor countries' are in fact revealed to be wealthy."

Henry's also hinted that the banking sector itself was to blame. The so-called offshore sector specializing in tax dodging, said Henry, "is designed and operated, not by shady no-name banks located in sultry islands, but by the world's largest private banks, law firms and accounting firms."

The study reveals that the top three banks handling the most offshore assets are UBS, Credit Suisse and Goldman Sachs.

Henry referred to it as "scandalous" that some of the world's largest banking institutions had devoted so little research to the offshore wealth sector, but he added that the study offered good news in terms of the location of much-needed wealth.

"The world has just located a huge pile of financial wealth that might be called upon to contribute to the solution of our most pressing global problems," he said.