Study: German kids not suffering because of refugees | Germany | News and in-depth reporting from Berlin and beyond | DW | 20.04.2017

Study: German kids not suffering because of refugees

Despite Germany's booming economy and social safety net, more youth in Germany are living under the poverty line, says a new study. But the trend does not hold for German-born children. DW's Kathleen Schuster reports. 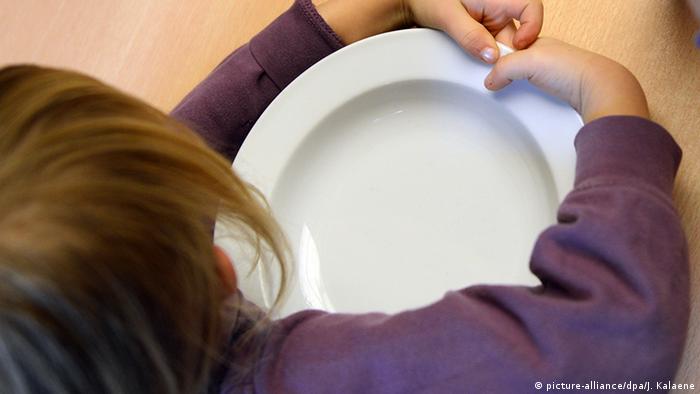 Roughly 20 percent of children were living under the poverty line as of 2015, according to a report by the Hans Böckler Foundation. However, this number is deceptive.

While the overall rate rose by 0,7 of a percentage point - or about 77,000 children - the overall number of German children living in poverty fell from 13.7 to 13.5 percent. Among German-born children with migrant parents, the rate stayed the same.

That same year, though, saw Chancellor Angela Merkel refuse to close the country's borders during a refugee crisis. Over one million asylum seekers subsequently traveled to Germany by the end of 2015 - among them at least 300,000 children. It is this number that lies behind the increase. 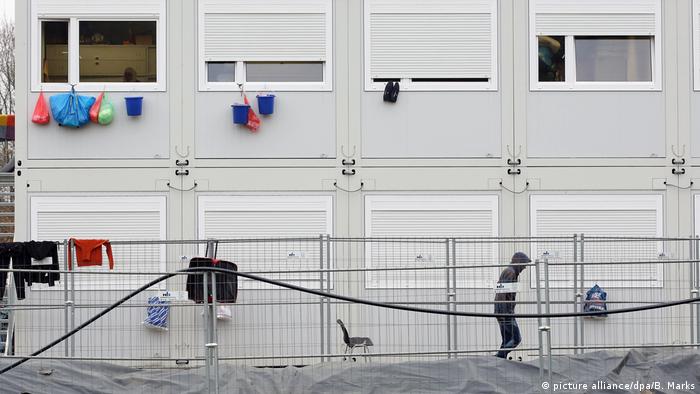 While officials rush to ensure safe homes for refugees, local governments pushed to their limits sometimes resort to the quickest means available to them

German kids not suffering because of refugees

The German poverty line currently rests at a net income of 1,978 euros ($2,129) per month, or just under 2,000 euros for a family with two children under the age of 14. The figure is calculated as 50 percent of the median - not average - household income. Economists consider an income that falls under 60 percent of the median income at high risk of poverty.

While the German government has scrambled to assist asylum seekers with a residency status, their actual cash-in-hand benefits are less than the unemployment stipend of just over 400 euros for single parents.

"What is not happening is that German children are suffering because refugees are getting money handed to them left and right," Eric Seils, who conducted the study, told DW.

"German-born children aren't faring worse, their poverty rates didn't go up because of the refugee crisis. They're not doing worse. For me, that's a key point," he added. 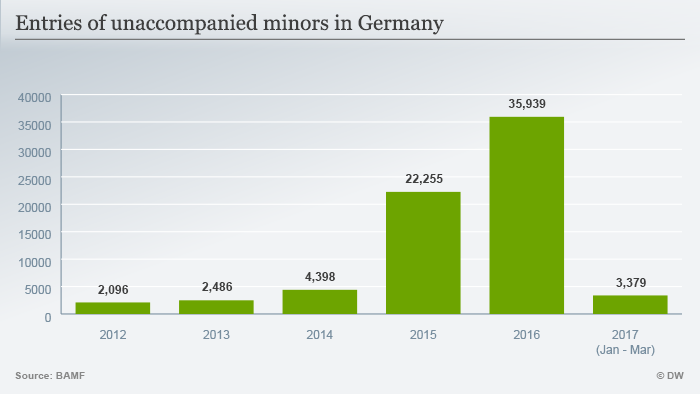 Unaccompanied minors face a great risk of falling through the cracks. Advocates have called for greater attention to these children who can fall victim to traffickers and prostitution rings

The study notes, however, that the small dip among German-born children was not a sign that all states had reason to celebrate. Despite the economic boom and social safety net, former East German states saw a nearly 3-percent rise to 26.6 percent - compared to 18.3 in the western half of the country - and Berlin, plagued by this trend for a decade, registered almost 30 percent.

Underlining Seils's findings, Germany's most populous state, North Rhine-Westphalia, which has also received the highest number of refugees, saw poverty fall among minors. By contrast, the eastern state of Thuringia saw child poverty rise even though it took in some of the lowest numbers of refugees. In Thuringia's case, a lack of sufficient income followed rising unemployment rates.

Many of those who fled to Germany have come from warzones, like Syria, or countries with extreme poverty, like Eritrea. After a dangerous journey and many hardships, many refugees arrive traumatized - a psychological state worsened by an uncertain legal status and the foreignness of the new quotidian. 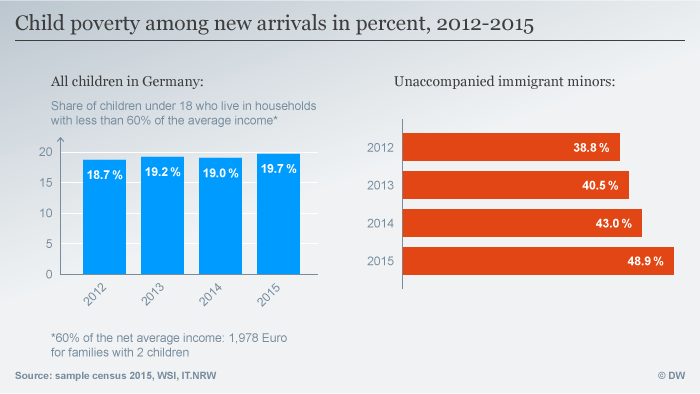 Some of these symptoms overlap with those caused by chronic poverty: depression, social isolation and a lack of self-esteem. Refugee children must grapple with both. 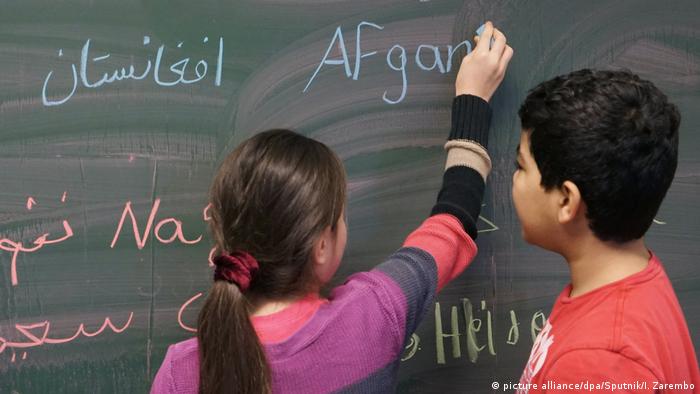 Poverty in Germany might be relative compared to what these kids have just experienced - and perhaps, for their parents, government assistance seems bountiful at first - but Kamp emphasizes the need for greater support to ensure these families don't stay poor.

"Integration into the labor market is key to ending child poverty," says Kamp. "A parent living in poverty automatically causes a child to live in poverty."

The next priority, according to the Deutsches Kinderhilfswerk spokesman, is to ensure earlier access to education and healthcare, a lack of which can be detrimental to child development and, in the long-term, to integration into German society.