The tremor struck one month after a stronger quake killed over 100 people in the South Pacific nation. It could take days to assess damage and casualties due to the remote and mountainous terrain of the country. 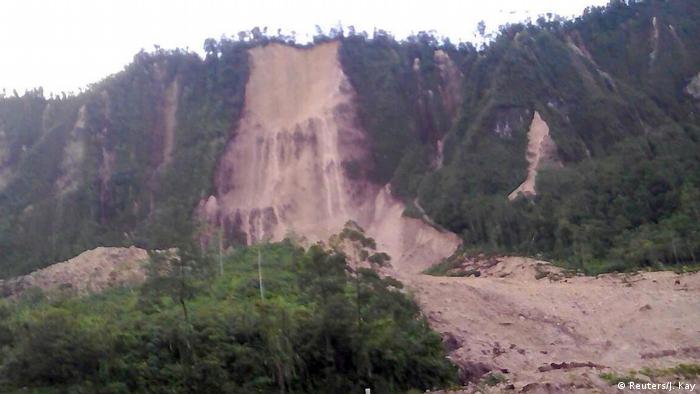 A powerful earthquake struck Papua New Guinea early Friday, one month after an even stronger quake killed 125 people on the island nation.

Hawaii's Pacific Tsunami Warning Center registered the tremor at a magnitude of 7.2, but said that an immediate danger had passed. There were no immediate reports of damages or casualties, this is not unusual however, as the country's mountainous and remote landscape can make it difficult to ascertain the extent of a quake's impact for several days.

Earthquakes are common in Papua New Guinea, which sits on the Pacific "Ring of Fire."

Roads and houses are still being rebuilt from last month's earthquake. On February 26, a magnitude 7.5 quake buried buildings, destroyed homes and sparked landslides that prompted 35,000 people to flee their homes and killed at least 125.

The tremor also forced the relatively poor nation's largest revenue source, a natural gas project led by Exxon Mobil, to shut down while damage is assessed at its facilities.

Five months after a major earthquake devastated Mexico City, a powerful tremor has struck the country again. A helicopter carrying government officials who were to examine the damage crashed in an unrelated incident. (17.02.2018)

A deadly 6.4 magnitude quake has devastated the eastern city of Hualien. Rescuers are searching for at least 60 people who are still missing, while more than 250 people have been injured, some critically. (07.02.2018)