Stroke: When you lose your mother tongue

A lot can happen after a stroke. There are people who then speak with a foreign accent, or even lose their mother tongue and can only speak a foreign language. How is that even possible? 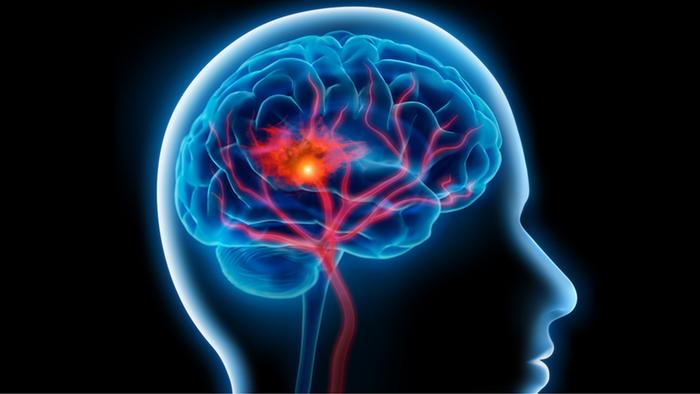 After a stroke, Liu Jiayu — who had lived in China her whole life — suddenly spoke only English. The woman from the Chinese Hunan province answers a question asked in Chinese — how old are you? — in English: "Ninety-four," she says. She had taught English in China for a long time.

A similar thing happened to an Englishman who only spoke Welsh after a stroke, even though he had not lived in Wales for 70 years. And a German from the eastern part of the country found herself exclusively speaking Swiss German after her stroke, without ever having been to Switzerland.

That's not the end of it — there are numerous cases in which people suddenly speak with a foreign accent or even in a foreign language after having a stroke.

How our language can change after a stroke

"These cases are rare," says Anja Lowit: "but there is an explanation." Lowit emigrated from Germany to Britain 30 years ago to research linguistics and speech therapy. She also deals with changes in language after strokes.

The cases described above can be divided into two categories. When people only speak a foreign language after a stroke, it is a form of so-called bilingual aphasia. When they speak with a seemingly foreign accent, it is called Foreign Accent Syndrome.

A stroke occurs when a certain region of the brain is no longer supplied with blood. However, changes in speech don't just happen after a stroke. After a head injury at a football game and a short coma, an American student awoke only speaking Spanish.

Lowit gives the example of a British woman who, after a severe migraine, acquired a French accent, and of another patient who developed a vague foreign accent after a week-long illness prompted by a vaccination.

Strokes - what are the indicators?

Foreign Accent Syndrome is a mixture of different speech and language disorders and is different for each patient. The British woman mentioned didn't actually acquire a French accent. Her pronunciation changed as a result of her stroke and it happened to sound like a French accent to British ears.

In the English word "garage," for example, she pronounced the "ge" at the back softly, as it sounds in a French accent, and emphasized the second syllable with a long 'a'. Thus, "garage" with the emphasis on the first syllable became a French sounding "garage."

Those affected can simply no longer say certain sounds or they search for words and correct pronunciations. But the actual attribution of the foreign accent happens by the people surrounding the person, Lowit explains.

It could sound like a Russian or Chinese accent, but different people will hear different things.

Foreign language instead of mother tongue

What if you don't just speak with a foreign-sounding accent, but a completely different language? In this case of bilingual aphasia, the language must have been learned before, says Lowit. There are different types of this phenomenon.

The understanding that foreign languages and mother tongues are located in completely different brain regions is outdated, she says. But one could imagine the socks being sorted by colour. A colour represents a language.

Researchers have been trying for a long time to explain these different disturbance patterns. To put it simply, one can say that after a stroke the brain no longer has enough energy to build up all previous connections at the same time and with the same speed. And depending on what impulses the brain receives, it may be easier to speak only one language, Lowit explains.

If a bilingual person, such as the researcher Lowit herself, suffers from aphasia after a stroke, one could argue that the brain is more likely to connect to her mother tongue because she learned it first.

Another theory would posit that it would be easier to use her second language, English, because she has spoken it much more frequently over the past 30 years. But even after a stroke it could happen that on Mondays the brain is stimulated to speak English by a person, a picture or a thought. To save energy, the brain sticks with it that day. On another day, the German language could be activated.

After a stroke - what next?

Will it get better again?

In most cases of bilingual aphasia, both languages return. After a stroke, certain brain regions are dead, but depending on the age, the brain can use other areas to take over the tasks of the dead region. This works best when supported by therapy, says Lowit.

Especially regarding the Foreign Accent Syndrome, it's important to consult several specialists. Psychological therapy can be particularly important because the loss of one's own way of speaking is often accompanied by an identity crisis. The best types of therapy are still being researched, but studies are difficult to carry out because the cases are relatively rare.

Speech disorders in old age can occur not only after strokes but also in certain forms of dementia, which impair the brain's ability to find words, correct grammar and pronunciation. The difference is that after a stroke the loss is very drastic at first and then the capacity improves again.

Language impairment as a result of of dementia means the speech capacity slowly decreases. In each case, it is important to visit one or more specialists, says Lowit.