Several hundred Amazon workers in Germany have walked off the job demanding better pay and working conditions. But the online retail giant remains defiant, accusing labor unions of blackmail which is hurting customers. 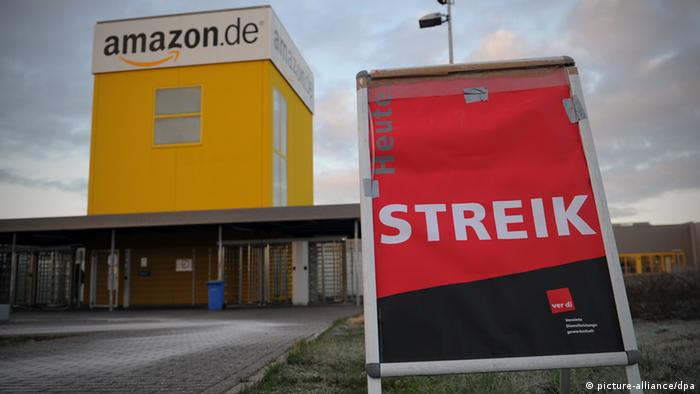 Amazon's logistics centers in Leipzig and Bad Hersfeld, both in eastern Germany, were hit by one-day industrial action in which some 200 and 300 workers respectively walked out, German labor union Verdi said Monday.

The strike comes with the demand of a collective bargaining agreement including higher wages and better working conditions for Amazon employees, the union said. Verdi wanted Amazon staff paid according to a wage deal for the German mail order and retail sector, which was better than for the logistics sector currently in place at Amazon, it added.

Amazon has repeatedly rejected the demand arguing its staff at the Bad Hersfeld and Leipzig logistics centers received pay which was above average by the standards of the industry. Moreover, the Verdi labor union wasn't Amazon's partner in collective bargaining because wages were primarily negotiated with the firm's works council, said Amazon's German logistics chief Dave Clark.

“We will not be blackmailed in to cooperating with an organization that threatens to ruin Christmas for German children,” he told Monday's edition of German newspaper Die Welt.

Amazon employs around 9,000 workers in Germany, which has come to be the online retailer's biggest market outside the United States. Sales in Germany grew almost 21 percent in 2012, reaching $8.7 billion (6.4 billion euro).

Verdi's strike action on Monday, which followed brief walkouts in May, June and September, have had no impact on shipments, Amazon spokesman Stefan Rupp told Reuters news agency.