Stockhausen's 'Sonntag' premieres as a sensual hymn of praise

The opera 'Sonntag' is the final of seven works from the 29-hour operatic cycle 'Licht' by Karlheinz Stockhausen. It is a transcendental endurance test for musicians, dancers and the audience alike. 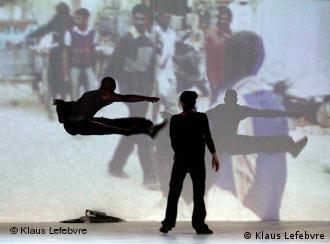 Dancers were part of the multimedia performance

A multimedia spectacle of dance, music and stage direction to otherworldly sounds: "Sonntag" from "Licht" premiered over three years after the composer Stockhausen's death. It was produced fully according to his wishes.

One of the 20th century's most important composers, Stockhausen was a polarizing cult figure in the music world. It's no coincidence that that pioneer of electronic music turns up on the cover of the Beatles album "Sgt. Pepper’s Lonely Hearts Club Band." The composer's influence extended far beyond the realm of avant-garde music, even if his works never attained mass popularity. 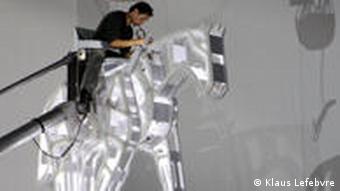 Impressions from the rehearsal with dancer Carlos Paz

Stockhausen, born in 1928 in Mödrath near Cologne, worked on his opera cycle "Licht" ("Light") for over a quarter century, leaving behind 29 hours of music divided among seven individual operas, or "days," each "day" standing for an aspect of human existence. "Montag" ("Monday") signifies the beginning of life, while Stockhausen described "Mittwoch" ("Wednesday"), with its famous "Helicopter Quartet" - in which the four musicians actually perform airborne - as a "day of collaboration." "Sonntag" ("Sunday"), finally, is the day of universal worship, of light and of joy. The complete cycle has never been performed, although individual parts have seen the light of day in Milan, Leipzig and Cologne.

Not made for the theater

Two provisional halls in a historic art deco exhibition pavilion at the Cologne fairgrounds were specially set up for the Cologne performance of "Sonntag" from "Licht," five hours of music performed on two successive evenings, each for an audience of 600. For the composer who once disparagingly compared recordings of his music with "postcards of the Cologne Cathedral," live performances were part and parcel of the experience. 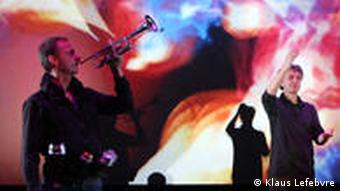 "This performance is a unique opportunity to experience the music exactly as Stockhausen intended," said Marco Blaauw, trumpet player in the ensemble musikFabrik. "The audience is situated between the musicians, and you hear music swirling all around you."

"Not long ago I found a letter in which Stockhausen wrote: 'Licht' must be performed in Cologne!" explained Kathinka Pasveer, a Dutch flutist and Stockhausen's long time artistic collaborator in an interview for Deutsche Welle. Together with Peter Rundel, Pasveer co-conducted the spectacle from her position at a sound mixer.

A feat for soloists, orchestra and listeners

The composer, who died in December 2007, used to personally supervise the sound direction of his performances, "but in years at his side, I learned a thing or two," said Pasveer.

Hers was a highly complex task. In his total work of art, Stockhausen "composed" aspects as diverse as gestures, costume colors and even aromas. In scene four, for example, "Signs-Fragrances," seven different kinds of incense were released into the hall. 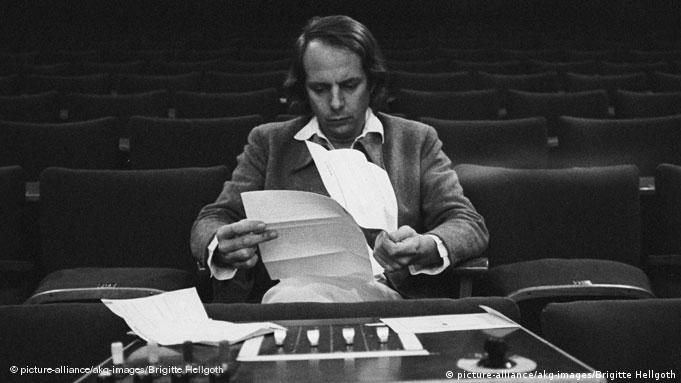 Stockhausen worked on the Light cycle for more than 25 years

The final, key scene is the fifth, named "Weddings," performed simultaneously in two halls: "Weddings for Orchestra" in Hall B and "Weddings for Chorus" in Hall A. The audience is divided into two groups, the first seated in the orchestral hall and taking in highly sensual music performed by five instrumental ensembles led by five conductors. In the choral hall, meanwhile, five groups of dancers swirl around the standing audience, depicting symbolic wedding rituals to solemn choral singing. Videos project scenes ranging from an Arab marketplace to the Cologne Cathedral as the sound from Hall A is projected into Hall B and vice versa. After the final tone subsides, a brief intermission, then the audiences switch positions, and the scene plays out all over again.

The five scenes of the spectacle "Sonntag" might be described as a unified song of praise from all the world's religions, with quotes from Gregorian chant or passages from the Koran. But "Licht" is more than just music, Pasveer explains.

"In his music, Stockhausen dreams of a better humanity, a more musical humanity." 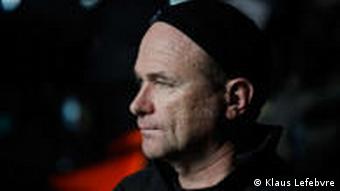 For choreographer Padrissa, the music sets the scene

Stockhausen's futurist visions were given visual expression by choreographer Carlus Padrissa and his dancers from the Catalonian troupe "La Fura Dels Baus." Not everyone was convinced that his street theater aesthetics harmonized with Stockhausen, but as Padrissa himself noted, "It's the music that sets the stage here, and that's a good thing."

Stockhausen fans frenetically applauded the premiere, describing it as a deep, even intimate experience. "Whoever goes to the performance gets what he wants out of it," observed trumpet player Blaauw.

He dispensed with cliches to the effect that Stockhausen's music is intellectual, inaccessible, or marked by religiosity or spirituality. "What moves me as a musician is that each individual moment, every single second, is absolutely strong and beautiful."

German composer Stockhausen dies at the age of 79

Stockhausen modernised classical music, fathered modern electronic music and has inspired some of the foremost jazz, pop and rock music of the last decades. (07.12.2007)

Stockhausen's "Helicopter String Quartet" stresses the parity of the sounds of helicopter rotors and string instruments. The rarely played piece was performed from 700 meters (2,300 feet) above ground this week. (19.06.2007)

Poetry becomes music in acclaimed composer Peter Ruzicka's work, but is new music too obscure for most listeners? Ruzicka talked with DW about his influences and making contemporary compositions accessible. (04.10.2010)