Stephen Hawking and Yuri Milner have launched an ambitious project to scan the heavens for intelligent extraterrestrial life. "In an infinite universe, there must be other occurrences of life," Hawking said. 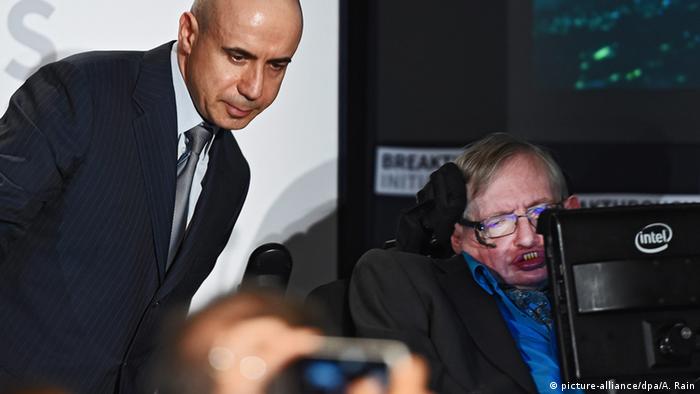 The Breakthrough Listen project - a 10-year, $100 million (92 million euro) undertaking backed by Russian Silicon Valley entrepreneur Yuri Milner - is poised to be the most intensive scientific search ever undertaken for signs of intelligent extra-terrestrial life.

"In an infinite universe, there must be other occurrences of life. Somewhere in the cosmos, perhaps, intelligent life may be watching," Hawking said at the launch event at the Royal Society science academy in London.

"Either way, there is no bigger question. It's time to commit to finding the answer, to search for life beyond Earth. We must know," Hawking said.

The project will utilize some of the largest telescopes on earth and scan far deeper into the universe for laser and radio signals than ever before.

"The scope of our search will be unprecedented: a million nearby stars, the galactic center, the entire plane of the Milky Way and 100 nearby galaxies," Milner told reporters at the launch event press conference. 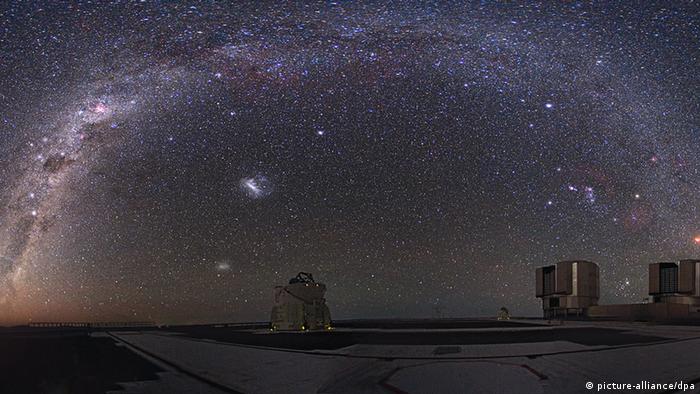 The search initiative is part of the Breakthrough Message project, an international competition originally designed to create digital messages representing humanity. However, it was later decided that these messages should not be boradcast into outer space, owing to concerns from scientists - including Hawking - that such messages could prompt aggressive actions by alien races.

The Breakthrough Listen project will be 50 times more sensitive than earlier searches and cover an area of sky ten times as large, according to organizers.

It will also make use of the University of California Berkeley project SETI@home, which uses nearly 9 million volunteers throughout the word who donate computer power to search vast quantities of astronomical data for signs of intelligent life.

Organizers say powerful telescopes and advances in computing will allow them to collect in a single day the same amount of data that would have taken one year to collect before the program began.

Milner said the search will be completely transparent and will use open-source software so that potential findings can be shared worldwide.

"Our approach to data will be open and taking advantage of the problem-solving power of social networks," said Milner, who plans to back the program for at least 10 years.

Hawking is optimistic the new program will succeed due to its access to major telescopes, large data capacity, and long-term financial backing.

"If a search of this sophistication finds no proof, that is an interesting result," Hawking said. "It will not prove that we are alone but it will narrow the possibilities and it is likely to produce data that is fascinating in its own right."

New Horizons has sent long-awaited confirmation of its successful flyby of the dwarf planet Pluto. The 3-billion-mile journey began nine and a half years ago. (15.07.2015)