French politicians have spoken out in recognition of the achievements of Stephane Hessel. The German-born intellectual was a champion of human rights and equality. 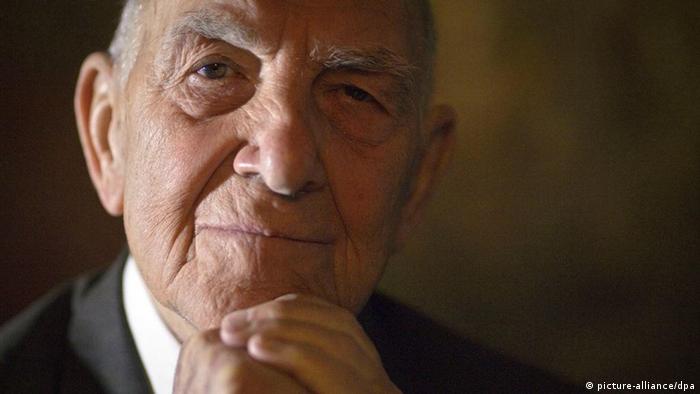 Stephane Hessel passed away on Wednesday at the age of 95.

His essay "Time of Outrage" ("Indignez vous!") , published in 2010, sold 4.5 million copies in 35 countries and inspired the "Occupy Wall Street" protest movement in the United States against social and economic inequality.

The text argues that the French need to again become outraged like those who had participated in the Resistance under General Charles De Gaulle during World War II.

Hessel expressed personal outrage over the growing chasm between the haves and have-nots, France's treatment of its illegal immigrants and the abuse of the environment.

Stephane Hessel was born to a Jewish family in Berlin, Germany, in 1917, but converted to Protestantism later. He moved to France at the age of only eight and became a French national in the 1930s.

He was a prominent figure in the resistance against the Nazi occupation of France during World War II. He was arrested by the Gestapo in 1944 and deported to the concentration camp Buchenwald. He then managed to escape from there and joined US troops in their liberation of Germany.

After the end of the war, Hessel was involved in editing the Universal Declaration of Human Rights.

In 1945 Hessel started a career as a diplomat with the United Nations and triggered fierce protests from Israel when he spoke out in support of the Palestinians, comparing the Israeli occupation of their territory to the occupation of France by the German Nazis during WWII.

"He leaves us with the invaluable heritage of fighting for universal human values and his inalienable sense of liberty," said Paris Mayor Bertrand Delanoe following the news of Hessel's death.