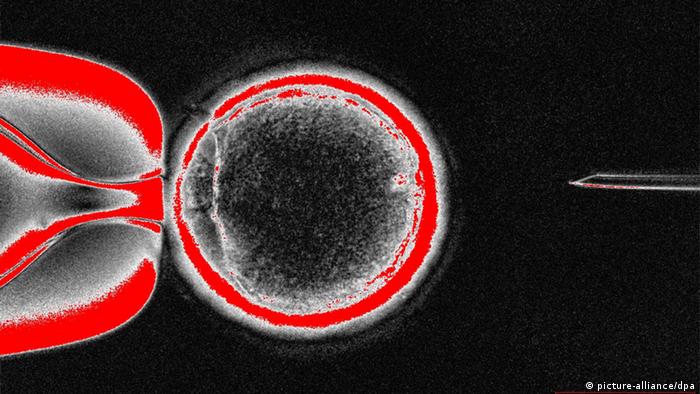 When the research group at Oregon Health and Science University announced on May 15 that it had turned human skin cells into embryonic stem cells for the first time it caused quite a commotion. The reactions ranged from horrified at the apparent breach of an ethical taboo, to amazement over this scientific breakthrough.

The procedure isn't new. The research group, headed by Shoukhrat Mitalipov, succeeded in producing so-called pluripotent stem cells, meaning cells that are capable of developing into any kind of tissue, using adult, rather than embryonic, stem cells.

The process used by Mitalipov is an important step in research because it does not require killing a human embryo – that is, a potential human being – to create transformative stem cells. 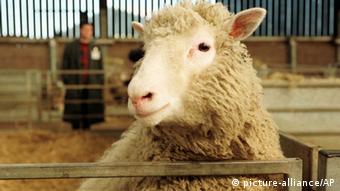 The technique involves transplanting an individual's DNA into an egg cell that has been stripped of genetic material – a variation of a method known as somatic cell nuclear transfer.

He added that since the reprogrammed cells use genetic material from the patient there is no concern about transplant rejection.

The major advantage of this approach is that it does not use fertilized embryos to obtain stem cells, a technique that raises major ethical questions because the embryo is destroyed.

"The cytoplasm in the egg cell reprograms the differentiated [skin] cell back into a pluripotent cell nucleus," explained Andreas Trumpp, a stem cell researcher at the German Cancer Research Center in Heidelberg. "The cell divides and a small cluster of cells results – a so-called blastocyte – from which embryonic stem cells can be gleaned." 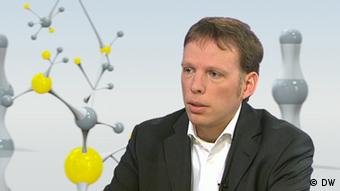 The method for extracting egg cells is a health hazard, says Heinrichs

In Germany, this procedure is illegal. Human egg cells cannot be donated for any purpose. "The technique needed to get egg cells is a significant health hazard for women with substantial side effects," says Bert Heinrichs, director of science at the German Reference Center for Ethics in the Life Sciences (DRZE).

The side effects that women have to endue are similar to those for artificial insemination, he said.

Cloning is banned in Germany because theoretically a fertilized egg cell – the beginning of an embryo – could develop into a human being. Ethically, this is the classic moral conflict between the search for cures and treatments for human ailments and the right to life, explains DRZE director Dieter Sturma.

"The conflict surrounding stem cell research revolved around the question 'What ethical status does an embryonic stem cell have?' And, of course, the idea that a stem cell can become a whole human being later on plays a role. The moral controversy is focused on the issue 'where and when does the sanctity of life begin?'"

Pluripotent stem cells can already be produced in an ethically correct way. Japanese researcher Shinya Yamanaka has developed a procedure for producing so-called induced pluripotent stem cells (IPS) derived from human somatic cells, or body cells, which are any cells in the body except sperm and egg cells. These are not cloned embryos, and no human egg cells are used. 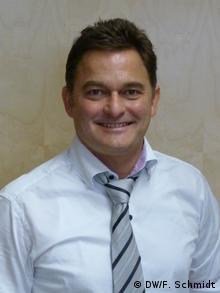 "Shinya Yamanaka's technique has been tried and tested. It is very robust and is now in use around the world to make patient-specific IPS cells from patient body cells," says Trumpp.

Yamanaka, and John Gurdon, who first developed the ethically controversial cloning process, were both awarded the Nobel Prize for Medicine in 2012.

Although one technique is ethical and the other highly controversial, both have one thing in common: neither one is able to reprogram cells flawlessly, so it is very unlikely that a healthy human could be cloned using these methods. "In the animal world we have the example of Dolly, the sheep. But these animals, which are created by cloning, have substantial defects as a rule," said Trumpp.

This is also why IPS cells will not be used for treating humans any time soon, unlike adult stem cells, which are collected from donors and used to save the lives of leukemia patients. And, there is always the danger that cancer cells could develop from IPS cells.

Doctors and researchers need IPS cells as samples. "This is important because we need cells from patients for our analyses – because these cells have the same DNA as the patient and the same characteristics," stressed Trumpp. The information can be used to develop tailor-made medical treatments for patients and the cells can be used to test whether an existing therapy is working.

But it remains to be seen, says Trumpp, whether the new procedure in Oregon is better. That will take further experiments to see if the reprogramming of cells is complete. 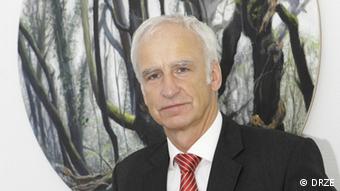 Cloning is a moral conflict between the search for cures and the right to life, says Sturma

But one thing is certain: research in the coming years will not be happening in Germany due to the country's Embryo Protection Act. However, if cloning science progresses faster than expected in laboratories around the world, a new round of ethical problems could emerge.

"Of course, there will be stem cell tourism. When methods are not offered in Germany, people, who are desperate, will look elsewhere," warned Sturma.

But depending on what comes out of future stem cell research, Sturma thinks Germany might allow some therapies under certain circumstances. "The research situation with regard to embryonic stem cells has gotten more pragmatic. We're not seeing the ideological trench warfare we saw just a few years ago," Sturma noted, adding that, today, politicians and the research community were focusing much more on the specific methods used in stem cell technology.

Germany is going through a similar ethical balancing act with regard to real embryonic stem cells. Harvesting them is prohibited, but ones extracted before a cut-off date in other countries can be imported for research purposes.

Scientists in the United States have recovered human stem cells from cloned human embryos, in what is a world first. They have described it as a "significant step forward" in medicine. (15.05.2013)

South Korean Hwang Woo Suk was long regarded as a cloning pioneer - until he was charged with having faked much of his stem cell research. Now, he is back with a new project: he wants to clone a woolly mammoth. (16.03.2012)