Start preparing for Donald Trump to become the Republican nominee | World | Breaking news and perspectives from around the globe | DW | 27.04.2016

Start preparing for Donald Trump to become the Republican nominee

His strong performance in the Northeast primaries has put Donald Trump back on track to win the presidential nomination of the Republican Party. Absent any major developments, it could be difficult to stop him. 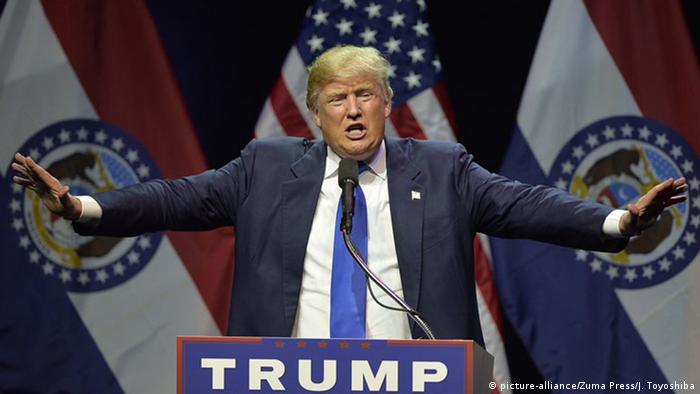 After winning big in his home state of New York last week, Donald Trump's clean sweep of all five states in the Northeastern United States on Tuesday further cemented his frontrunner position in the Republican presidential race.

And while Trump's boastful designation of himself as the "presumptive nominee" and "champ" after his Northeastern victory is premature, he does have a point. His strong showing in recent contests has made his path towards clinching the necessary delegate votes to win the nomination outright in the remaining primaries less difficult and more likely than just a few weeks ago.

A sign that Trump himself already has his eyes on the general election is the fact that he will give a foreign policy speech at the historic Mayflower Hotel in Washington on Wednesday, just one day after his primary victory.

"Trump marches on and looks unstoppable even though he might still be unable to get the 1,237 delegates needed to win," said Steffen Schmidt, a US elections expert at Iowa State University. "He gets delegates, but much more important is the momentum." 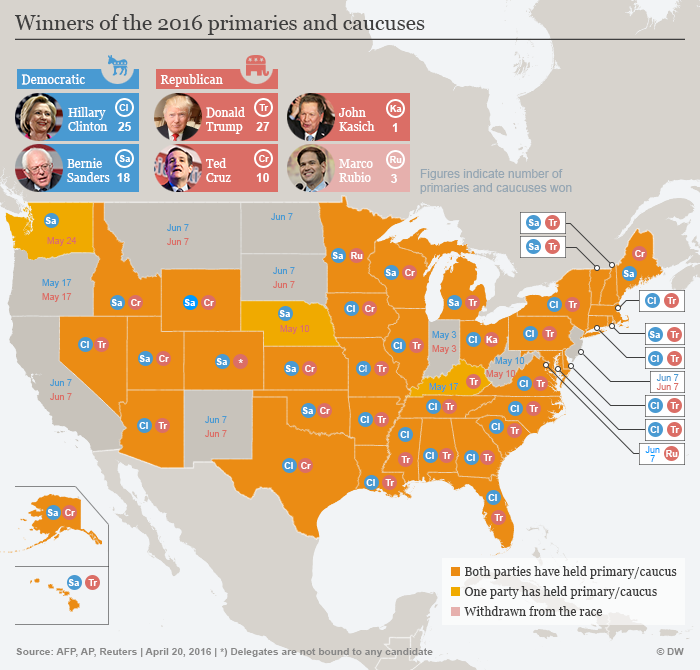 With his thumping of party rivals Ted Cruz and John Kasich in both the New York and the Northeast primaries, Trump's prospects of reaching the necessary delegate count ahead of the nomination convention this summer have clearly improved.

But even if Trump falls short of that magic number 1,237 it could soon become nearly impossible to hand the Republican nomination to anyone else, said Iwan Morgan, professor of US studies at University College London. "It is going to be very difficult even if he were not to get the correct delegate count for the party establishment to pull, let's call it an anti-democratic coup against the clear choice of most Republican primary voters."

After having shown strength in the North and Northeast, Mid-Atlantic and the South, Trump can now legitimately claim to be a national rather than a regional candidate, noted Morgan. "Ted Cruz always had that against him."

Trump has so far won 27 contests, compared to 10 for Cruz and one for Kasich. 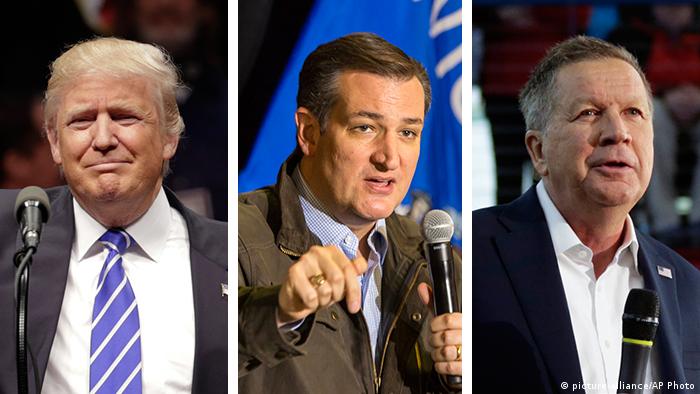 Cruz and Kasich are under pressure to win to stop Trump

"Cruz and Kasich look weak and that's very bad this season," said Schmidt. Unless the newly formed Cruz-Kasich alliance can rack up some wins soon to improve their record starting with the Indiana primary next week, they have no claim to deny Trump the nomination even if he misses the required delegate tally.

"Quite obviously neither Cruz nor Kasich would have the legitimacy to be foisted on the party in place of Trump," said Morgan. "If you have a way to choose your party's nominee and you do your best to subvert that I think that would create a civil war within the Republican Party whose principal outcome would be to ensure a Democratic victory." 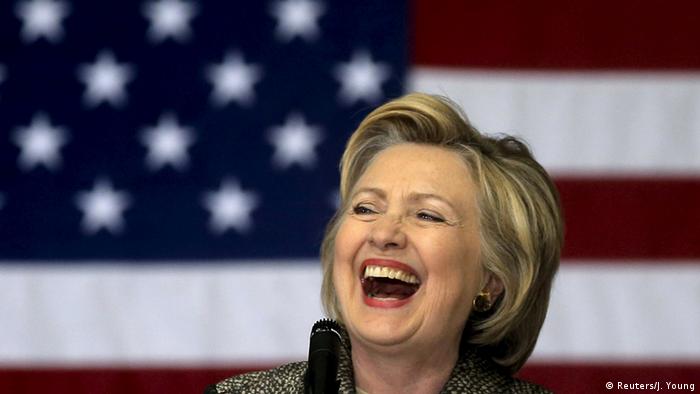 Hillary Clinton has the nomination all but wrapped up

The Democratic presidential race, meanwhile, is pretty much a done deal with Hillary Clinton winning four out of five states in Tuesday's primary. "Clinton continues to seem inevitable," said Schmidt.

US front-runners Clinton and Trump declare victory in New York

Hillary Clinton and Donald Trump have achieved convincing wins in New York's party primaries as the bruising campaign continues. State officials responded to thousands of complaints from people turned away from polls. (20.04.2016)

Donald Trump and Hillary Clinton have emerged the clear victors of Tuesday's primary races. Their rivals are already turning to the next contests in hopes of gaining ground. (27.04.2016)