Deadly riots recently broke out in Sri Lanka between Muslims and hardline Buddhists. Analyst Dinesha de Silva examines the root of the conflict and tells DW the hardliners' views are not representative of the country. 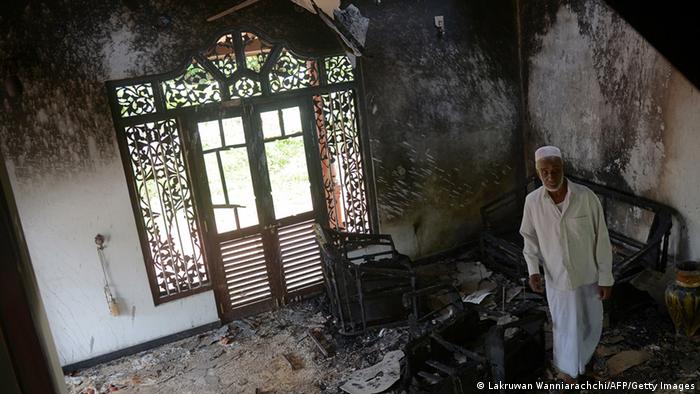 The United States and the European Union have expressed concern over reports of deadly rioting and arson attacks by Buddhist mobs in Sri Lanka. The clashes, in which four people have been killed, erupted on June 14 in two Muslim-majority towns on the Sinhalese-dominated southern coast, during a protest march led by the hardline Buddhist group Bodu Bala Sena (BBS). The group members reportedly hurled gasoline bombs and looted homes and businesses in several towns.

The attacks are the latest in a series of religious clashes to hit the island. Muslims make up about 10 percent of the country's 20 million people, but are accused by nationalists of having undue influence in the Buddhist-majority country. In a DW interview, Dinesha de Silva, The Asia Foundation's country representative in Sri Lanka, says the recent riots are most likely the worst outbreak of Sinhala-Muslim violence in recent times in the country and explains this is not the first time the BBS have sought to incite violence and fuel discord.

DW: What triggered the latest string of attacks?

Dinesha de Silva: Tensions broke out last week in several small towns located in the south of Sri Lanka, including the towns of Aluthgama, Beruwela and Dharga Town. The violent clashes were triggered by reports of a Muslim man who allegedly attacked a Buddhist monk and several others which apparently resulted in the hospitalization of the monk. Recent reports indicate that the actual incident was related to an altercation between the driver of the monk and the driver of the Muslim man. 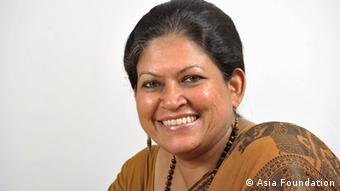 De Silva: "The views of the Buddhist Bodu Bala Sena group are not representative of the Sinhala Buddhists in Sri Lanka"

What is at the core of the conflict?

Since independence, conflicts and ethnic tensions in Sri Lanka have been fuelled by individuals and groups seeking to manipulate and incite the public for personalized, political advantage. Particularly in the post-war context, religious extremism and hate campaigns targeting minorities have been used in a similar vein and have resulted in incidents of violence.

It seems that the present crisis has been instigated by a group of extremist Buddhist monks, who call themselves the Bodu Bala Sena, who have sought to incite violence and fuel discord at a rally following the release of the monk from hospital on Thursday, June 12.

It is important to note, however, that the views of the BBS are not representative of the Sinhala Buddhists in this country. The timing of this particular violence is also particularly noteworthy given that it comes in the wake of a call by the Office of the United Nations High Commissioner for Human Rights (OHCHR) for an investigation into possible war crimes in Sri Lanka's decades-long civil war which ended in 2009.

What more can you tell us about the Bodu Bala Sena group?

The Bodu Bala Sena or BBS - translated as "Buddhist Power Force" - is a Sinhala Buddhist monastic organization which promotes hardline Sinhala extremist views. The group has been involved in a number of campaigns against issues such as halal certification, family planning, birth control, Christian conversion among others.

Is the violence likely to spread to other parts of the country?

The violence has primarily affected towns in the southwestern coast of Sri Lanka, in the vicinity of Aluthgama. Although it appeared that the violence was spreading - there was one reported incident of an attack on a pharmacy in Dehiwela, a suburb of Colombo, and several other reports of incidents in the towns of Mawanella and Badulla - however the violence does not appear to have taken hold elsewhere.

We understand that a non-violent hartal - a mass protest via closure of shops - is planned on Thursday June 19. We also understand that shops in Kattankudy town, and in other predominantly Muslim towns in the Eastern province, for example, are apparently already closed in protest.

How much damage has been done?

This recent incident is most likely the worst outbreak of Sinhala-Muslim violence in recent times in Sri Lanka. The violence has included the burning of shops and residences owned by members of the Muslim community, and attacks on Muslim citizens.

It has been reported that four people have died and more than 80 have been injured in the recent clashes. It is important to investigate whether these acts of communal violence were perpetrated by groups of hooligans who have been brought into the towns to support the groups that incite such violence, or whether these acts were perpetrated by residents of these towns and villages.

However, it must be noted that there are also numerous instances of Sinhalese residents in these towns protecting and supporting their Muslim neighbors and even instances of Buddhist temples in the area reaching out to Muslim communities to protect them from the violence.

It is important in this fragile post-war period where communities are finding their way back to a new equilibrium, a new understanding of themselves and their aspirations for the future, to ensure that extremist groups and individuals are not given the space to create discord and incite violence. 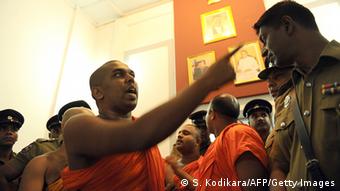 What is the Sri Lankan government doing to stop the violence?

The government has deployed the army, the police and members of the elite Special Task Force to maintain order. A curfew had been declared in these areas and was removed as of 8 am today.

We understand that Aluthgama and vicinity are calm at present. The potential spread of violence has been checked by court orders issued by individual magistrates who have prevented Bodu Bala Sena rallies from taking place.

Dinesha de Silva is The Asia Foundation's country representative in Sri Lanka. She works in the field of international development, with special interest and experience in economic governance, rule of law, access to justice, and conflict resolution.